It is not an uncommon sight to see students at F&B outlets like Starbucks, McDonalds, or KFC studying while taking half a sip every 30 minutes on a small, inexpensive beverage.

The detail that provoked his fury, however, wasn't so much the fact that some students were taking up entire tables with their textbooks, but the note one of them had allegedly stuck on the table.

Here is the picture he shared: 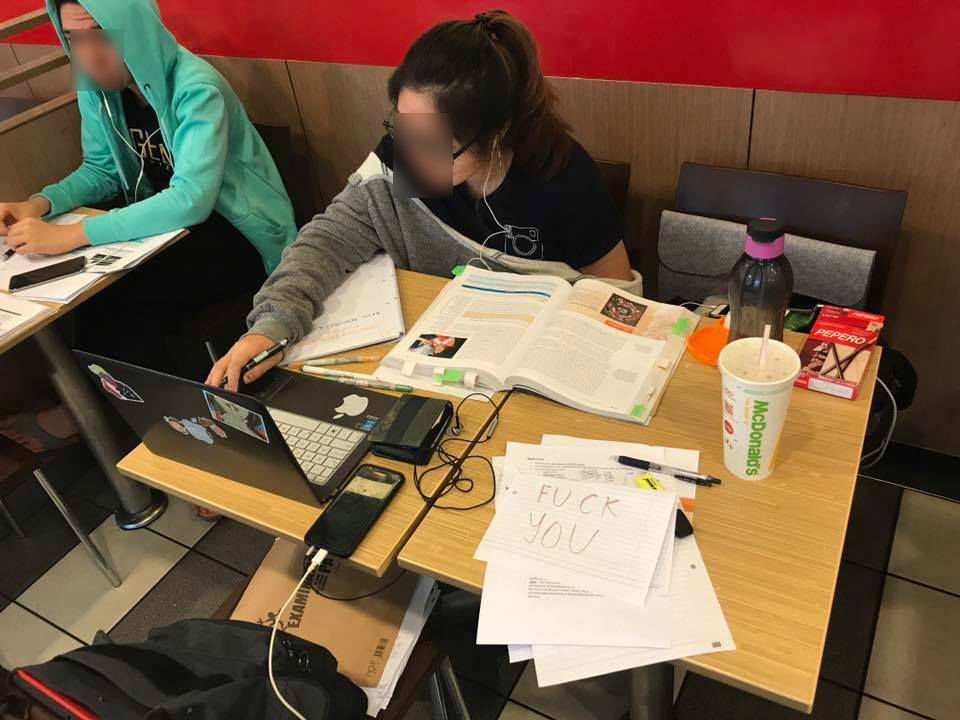 As you can see, there is a "F*ck you" sign attached to the table.

"That's our new generation for you . Hogging seats during peak hours at Macdonald , and sending an empathic msg to all of us not to disturb her because she don't gives a shit

At a joint where it's fill with young kids somemore

By the way , I don't really care about the seats hogging , I am upset by the F word which is visible to ALL THE YOUNG CHILDREN HERE"

Now, there is, of course, a few questions that come up.

First of all, was that a concerted message at Heng after he had asked her to give up the seat?

Not according to him.

And he had refrained from confronting her about it because he was there with his wife and child.

Another question was if the note had been left there by her friend for the girl as a playful tease.

Well, Heng had an answer for that as well.

He believed that the paper was directed specifically at the other customers looking for a place to sit.