A pair of Singaporeans trialled and jailed in the United Arab Emirates for cross-dressing are free to go.

This has been confirmed in a post by Foreign Affairs Minister Vivian Balakrishnan on Aug. 29, 2017:

The duo, a pre-operative transgender woman and a man, have had their sentences reduced to a fine and deportation, the BBC reported.

They were stopped by police at Yas Mall in Abu Dhabi as they tried to eat at a food court, the campaign group Detained in Dubai said.

A court found them guilty within a week and sentenced them to a year in prison.

The Associated Press reported that the pair's families and the Singaporean embassy declined to comment on Monday on the reports that their sentences had been reduced. 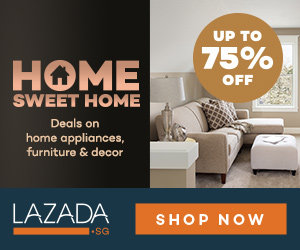 Fadli was wearing a white T-shirt, a bow tie and earrings at the time, his brother Muhammad Saiful Bahri Bin Abdul Rahman was quoted as saying by the Associated Press on Thursday.

It is not clear what Ibrahim was wearing but she is a frequent traveller to the UAE. However, her documents stated her gender as male because she had not undergone reassignment surgery.

Singapore's Ministry of Foreign Affairs said diplomats had held four meetings with the duo since their arrest, the first taking place on Aug. 10 after the case was made known to the embassy.

The UAE's penal code criminalises "indecent attire" as an act of public indecency.

It also criminalises sodomy, as well as sex outside marriage.

MFA has also reminded Singaporeans to "respect and abide by the local laws when they travel overseas”.