In an Aug. 23, 2017, ST forum letter, the writer wanted to make a case that the chope seat culture in Singapore (a.k.a. the practice of reserving seats) is out of hand.

He latched on to the recent negative example of the Toa Payoh hawker centre couple intimidating an elderly man as evidence.

As a solution, to deal with this scourge of choping seats, the writer recommended imposing fines on those who carry out this practice moving forward.

Singapore is a First World nation and is held in high esteem internationally. Let us not let this choping culture destroy our hard-earned image.

Yes, therefore, relying on fines to deal with things is a very First World nation thing to do and an image we want to cultivate internationally. 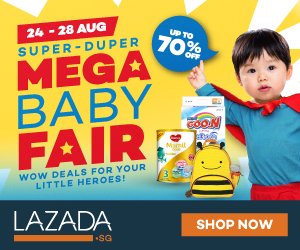 However, what the ST forum letter failed to highlight are the other facts of the Toa Payoh hawker centre case.

Simply put, the writer had glossed over the details.

Basically, the ugly incident arose precisely because choping of seats was not carried out by the elderly man in the first place, which deprived him of a place to have his meal in peace.

The elderly man himself said in a previous extensive media interview he had the habit of choping seats for himself at public eating places.

He only stopped when that method failed to work all the time to ensure he had a place after he had bought his food, as others would still occupy his seat, regardless of what he used as a reservation sign.

Hence, he wouldn't have had the run-in with the unreasonable couple, if the choping system works.

Plus, a choping culture is not the main problem but a symptom of a larger one: The inability of the existing infrastructure coping during peak periods because there are too many people around.

And before we file this problem under another Smart Nation initiative, or talk up how we embrace the First World nation status, we can all afford to look inwards for a solution that is not only free, but works wonders if more people tried it.

Here is the ST forum letter in full:

Time to make choping an offence

The couple that abused the elderly man at a hawker centre - Mr Chow Chuin Yee and Ms Tay Puay Leng - have been punished by the court and society (Public backlash 'making us live like fugitives'; Aug 13).

They have regretted their follies and apologised. No one is infallible. It is time for us to give them a second chance and allow them to move on with their private lives.

Now that matters have cooled down, it is time for the authorities to decide if the act of "choping" seats should be allowed to carry on unabated.

This matter should not be treated frivolously or brushed aside.

The choping of seats using tissue paper, handkerchiefs, umbrellas, newspapers, magazines and so forth is very common in hawker centres, foodcourts and other public eateries.

In some instances, a table meant for four would be choped by two people. This is selfish.

Sadly, over the years, this has become an accepted culture here.

However, this should not be the case. In public eateries, getting seats should be on a first come, first served basis. No one has an inalienable right to a seat just because he has placed an object on the table.

This chope culture is not confined to eateries - MRT trains and buses also suffer from this, when young people brazenly occupy seats reserved for the infirm, pregnant women and the elderly (Don't tolerate decline of civility and disrespect of the aged, by Mr John Driscoll; Aug 16).

Singapore is a First World nation and is held in high esteem internationally. Let us not let this choping culture destroy our hard-earned image.

I urge the authorities to intervene and pass a law to make choping an offence, and take to task those who violate the rules.