Think of the last average joe success story you shared on social media. Chances are they belong to people abroad.

Are there no Singapore stories worth telling and sharing? Surely not. Every shopkeeper, barber, bus captain, and quotidien Singaporean you meet has a story to share.

One of Us is a video series featuring regular people in Singapore who are out there pursuing their passions and dreams. Some have already made it, while others are still fighting the good fight to realise their goals.

We hope that through this series, Singaporeans can realise that finding success or making a small mark in this world is not something reserved only for a select few.

This is Jeremy Leong’s story. 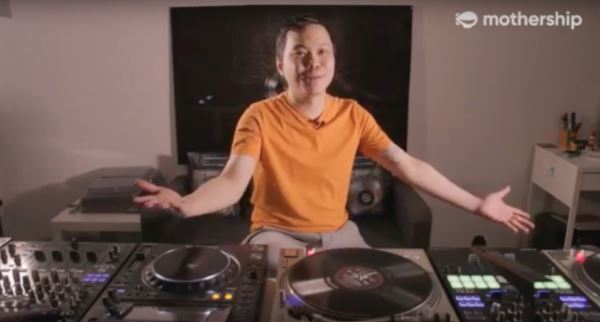 For someone who easily blends into the crowd, it is hard to imagine that this unassuming man commands the dance floor and marshals the mood of partygoers at the flick of a crossfader.

Plonk Jeremy behind a DJ console and the unassuming man melts away. DJ GemStarr emerges and he becomes fun at the nightclub personified.

It is mesmerising seeing him work the console, but not in the way you’d expect from popular media. He is not furiously scratching records nor does he have one hand firmly planted on one headphone-d ear whilst head-banging.

What he does is more akin to a dance. Teasing the melody, trilling some notes, and playing with your anticipation for whence the beat drops. His music advances into you at times, and then it backs off to allow you to come chasing. He is dancing with his music and you’re invited to join in and be washed away.

From the bowling alley to the back of a DJ console

Being a DJ was not something that Jeremy immediately dove into after leaving school. He worked as a bowling alley supervisor first when he was 23. Whilst the people at the bowling alley were great, Jeremy decided, after one-and-a-half years, that he had enough of the monotonous routine. He hung up the bowling shoes and traded it for headphones so to speak.

You are right to question which nightclub would allow any fly-by-night newbie to DJ with them. Except Jeremy was no stranger to DJ-ing by the time he quit his bowling alley job.

When he hit the legal age of 18 to enter clubs, he was spending most of his time in clubs standing next to DJ consoles while the world partied away. Studying what veteran DJs were doing, Jeremy was hooked on the notion that he could one day be a DJ himself.

He soon bought his own DJ console and got to honing his skills. It took him seven years of practice before the hard work paid off and he landed his first serious gig. 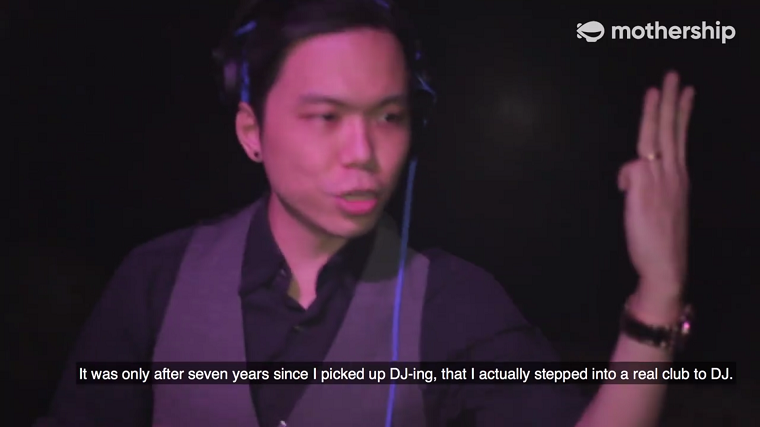 Despite initial disapproval from his mother and also discouragement from partygoers who heard his first few performances, Jeremy soldiered on. And the rest, as they say, is history. DJ-ing to Jeremy is not about pushing buttons and spinning records. It is the art and science of feeling the mood of the dancefloor, understanding what different music can achieve, communicating with partygoers and delivering the best experience.

To that end, Jeremy has a mantra that guides his DJ-ing - engage, captivate, entertain. He lights up when you ask him about this mantra and he launches into a spiel about how DJ-ing is a sort of interactive performance in itself.

Aside from spending up to four hours preparing and planning music for a one-hour set, Jeremy shares that engaging the crowd is equally important to hype up the atmosphere in the club and to captivate them. That, according to Jeremy, is key to an entertaining night at the club.

His eagerness to share knowledge also spawned his second business, Ministry of DJs: a school that teaches people the skills of the trade. 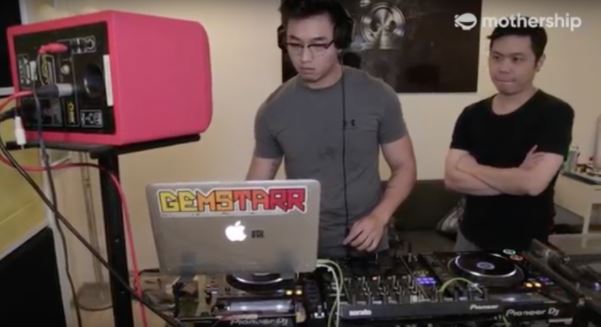 By juggling his duties as the resident DJ of club Bang Bang, conducting lessons at his school, and coaching/managing other career DJs, Jeremy shows that it is possible to realise your passion.

You can watch the video of his story here:

One of Us is a collaboration between Mothership.sg and the Singapore Tourism Board. We believe that the people of Singapore have some of the best stories to share with each other, and with the world.