Changi Airport Group (CAG) announced on Thursday, April 20, that low-cost airline Norwegian will be launching its non-stop service between Singapore and London's Gatwick Airport this September.

One-way Singapore-to-London fares starting from S$199 for economy class, and premium-class tickets from S$839, inclusive of all fees and taxes, will be offered to mark the start of operations.

The frequency will increase to five times weekly for the Northern winter season from Oct. 29 to March 24, 2018, subject to regulatory approval.

It will use a 344-seat Boeing 787-9 Dreamliner aircraft in a two-class configuration offering economy and premium cabins, CAG said.

The Singapore-London service will be operated by the budget airline's UK subsidiary, Norwegian UK.

Below is the flight schedule: 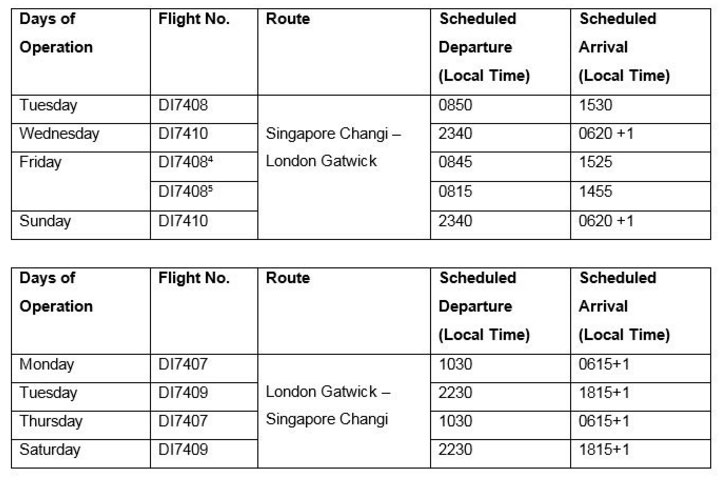