A tiny pulsating spider found in Singapore has scientists baffled as to what causes the phenomenon of its shape-shifting designs:

This is according to National Geographic in a December 16, 2016, article.

The pulsating spider that looks like the head of a venomous snake is thought to be the species Cyrtarachne inaequalis, though it's not yet confirmed, with spider experts weighing in on the topic with their professional opinions.

Joseph Koh, a spider expert from the Lee Kong Chian Natural History Museum, said he is sure that the spiders are Cyrtarachne inaequalis though.

However, C. inaequalis is tiny. Females have abdomens that are about 1cm across, and males are even smaller.

Scientists are not ready to speculate that the arachnid achieves the pulsating effect to attract mates or deter prey, but to first study what purpose it might serve.

As with everything with nature, adaptations don't just happen by chance. Any form of mimicry is costly in terms of resources expended.

One reason why little is known of this spider is due to the fact that footage capturing this phenomenon has been available only recently.

Footage of the tiny spider is captured by Singaporean photographer Nicky Bay.

His macro photography of the strange creepy crawlies in Singapore over the years has been featured internationally and has opened the eyes of locals to the myriad of species of insects living in a supposedly urbanised concrete jungle. 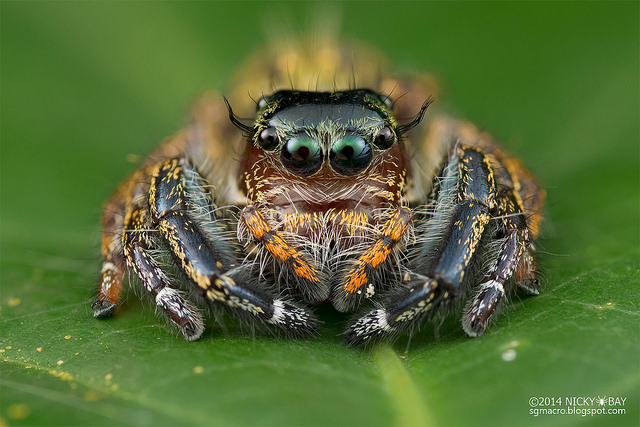 You can check out the pulsating spider video here:

All photos, media via Nicky Bay