If you are one of the 1.15 million fans who follow Prime Minister Lee Hsien Loong's Facebook, you would have known that he was interviewed on BBC HARDtalk, a current affairs interview programme that subjects its interviewees to nearly 30 minutes of tough questioning by its current host, Stephen Sackur.

BBC provided several teaser excerpts from the interview yesterday, with one clip on trade deals and human rights, a second on US-China relations, and a third clip about the legality of homosexual sex in Singapore.

Some clips proved to be rather popular online, with the clip on trade deals and human rights hitting 1.6 million views.

In other words, the clip was the top viewed video on BBC News Facebook yesterday, beating the likes of the Oscars boo-boo.

But what if you have watched all three clips online but do not have a subscription to StarHub?

Fret not, as we have highlighted 10 quotable quotes that sum up PM Lee's BBC HARDTalk interview:

1. On Singapore's relationship with China and the Terrexes

LHL: I would not say we have major problems. We have had some issues and some incidents. The military vehicles were an incident which happened to both of us and we had to handle it.

It was a delicate matter for both sides and I think both sides handled it carefully and there has been a satisfactory outcome.

2. On the Trans-Pacific Partnership (TPP)

LHL: Yes, we were disappointed by that because we all spent a long time negotiating it. It was a hard won deal -- carefully balanced.

The Americans bargained hard and so did the other countries. Singapore particularly felt that it was important not just economically because it was 40 percent of the world’s GDP brought in by the participants, but also strategically, because it can deepen America’s engagement in Asia and give a rationale for America to take a close interest in Asia and try to make things work out well in Asia.

3. On the United States "playing poker" in global affairs

LHL: When you are a superpower, or when you are playing poker, you need to have a reputation but you cannot be completely predictable. If people think of you as being unimportant and incapable, that is usually a minus. If you can always be read, and people can anticipate your next move – that is also a minus.

But you do need a strategic stability in your fundamental direction and then you can manoeuvre tactically -- go up or down; you make a move which is unexpected. But your interests are calculable. That is what America needs to do. It is what Nixon tried to do in the Cold War with the Soviets. Now it is not a Cold War and we hope it does not become one.

LHL: You (United Kingdom) have less leverage but more freedom to manoeuvre. You would not have Brussels (referring to European Union) to worry about so you can do the deal which you think is the right thing to do. But the fact is, if we do business with Brussels, you are talking about a GDP the size of the US GDP, bigger. We do business with Britain, it is not quite the same.

Sackur: You are being very tactful. But seems like you feel Britain does not have much leverage at all.

5. On voting for the ruling People's Action Party (PAP) during General Elections

Sackur: Your country is so open in terms of its economy, but so not open in some other ways.

LHL: Just because the voters have voted for me and my party does not mean that we are not open. 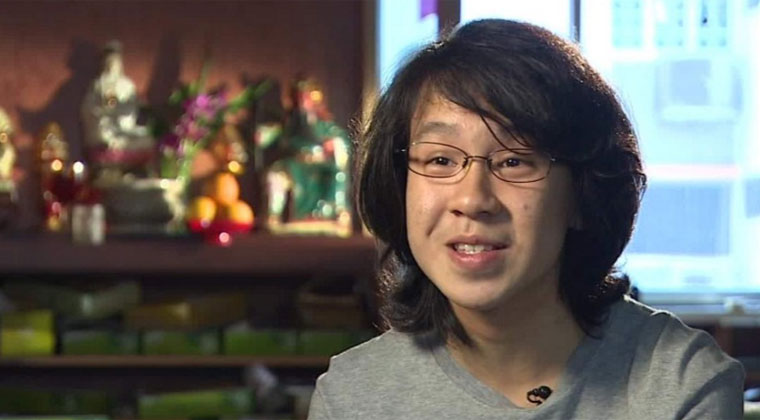 Sackur: You also actually taken legal action against teenage bloggers for things they have written online. You have got human rights who are saying, “Prime Minister Lee is imposing a mix of absolute political control and repression of dissenting voices that was the hallmark of his father.”

LHL: If it were such a miserable place, you would not be interviewing me. You would be going down the streets and getting 'vox pops' and all sorts of people would be saying terrible things about the government and some of them would have emigrated.

But the fact is, Singaporeans are happy, they have chosen this government, we are governing the country and the people to the best of our ability. Millions more would like to come if we allowed it.

7. On whether Singapore is ready for a non-Chinese PM

Sackur: In 2008, you gave an interview where you indicated that you did not think Singapore was ready for a Muslim, non-Chinese Prime Minister. Did you still feel that today?

LHL: I think that ethnic considerations are never absent when voters vote. It is like that in America, certainly in this last election, and in Singapore, it is much better than before, but race and religion count and I think that makes it difficult. It is not impossible and I hope one day it will happen.

LHL: If you ask whether it will happen tomorrow, I do not think so.

Sackur: One of your deputies, so one can assume a man you believe to be qualified to be PM, if it should arise, is Tharman Shanmugaratnam. Now he and I have discussed this, as it happens. He told me that he did not believe he would ever be PM of Singapore. And polls suggest that most Singaporeans see him as the man best qualified to be the next PM. Perhaps it is time to reassess.

LHL: It may be I am wrong but my sense is that Singaporean voters will look for a good man -- a man who can resonate with them; a man they can identify with.

Sackur: Could it be Mr Tharman?

Sackur: But he is your deputy.

LHL: Yes, indeed, it could be somebody like him but these are factors that voters take into consideration when they go to the ballot box and when they identify with you.

There are very few countries where you can say their race does not count at all. Even with Mr Obama. On the contrary I think. After he became elected, it then turned out that a lot of opposition to him had something to do with him not being white.

10. About not appointing the fourth PM himself and throwing shade at an ex-British member of Parliament, who was the Opposition Education Minister.

LHL: I cannot pick that leader. They have to decide whom they are going to work for.

If I pick their leader and they do not support him, one day when they decide they are off to become the curator of the Victoria and Albert Museum or something like that, well, that is the end of Singapore.

PM Lee scores first on BBC ‘HardTalk’ trailer, but will he win the battle?

PM Lee on 377a: “An uneasy compromise, I’m prepared to live with it until social attitudes change”