When the Japanese took over Singapore, many of the channels that brought food into Singapore were blocked.

Whatever little supplies that came into the city was hoarded by the Japanese for themselves and their supporters. There was very little left for the people.

The food shortage forced people to start exploring home agriculture as a way of feeding themselves.

The Japanese encouraged people to grow their own food. They envisioned Syonan-to as a self-sufficient city. People were encouraged to grow root vegetables such as tapioca and sweet potato as substitutes for rice.

Tapioca was an ideal substitute because it was easy to grow and matured quickly. 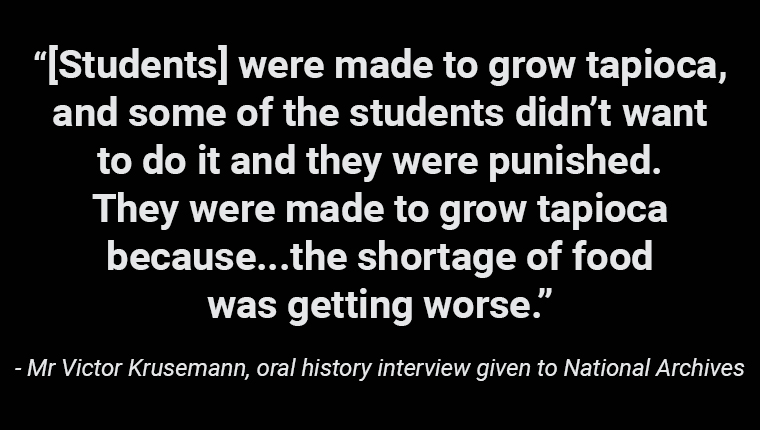 The Grow More Food campaign was mandated in schools. If you were working in public service, you were expected to spend four hours a week tilling your vegetable plots. Every available space was used for crops - even the Padang.

The Japanese also sent Singaporeans over to Johore and Negri Sembilan to set up farming colonies called the Endau and Bahau settlements.

Settlers had to grow their own food and provide for themselves, which would ease the strain on the food supply in Singapore.

Settlers working on the land at Bahau. Source: NLB[/caption] 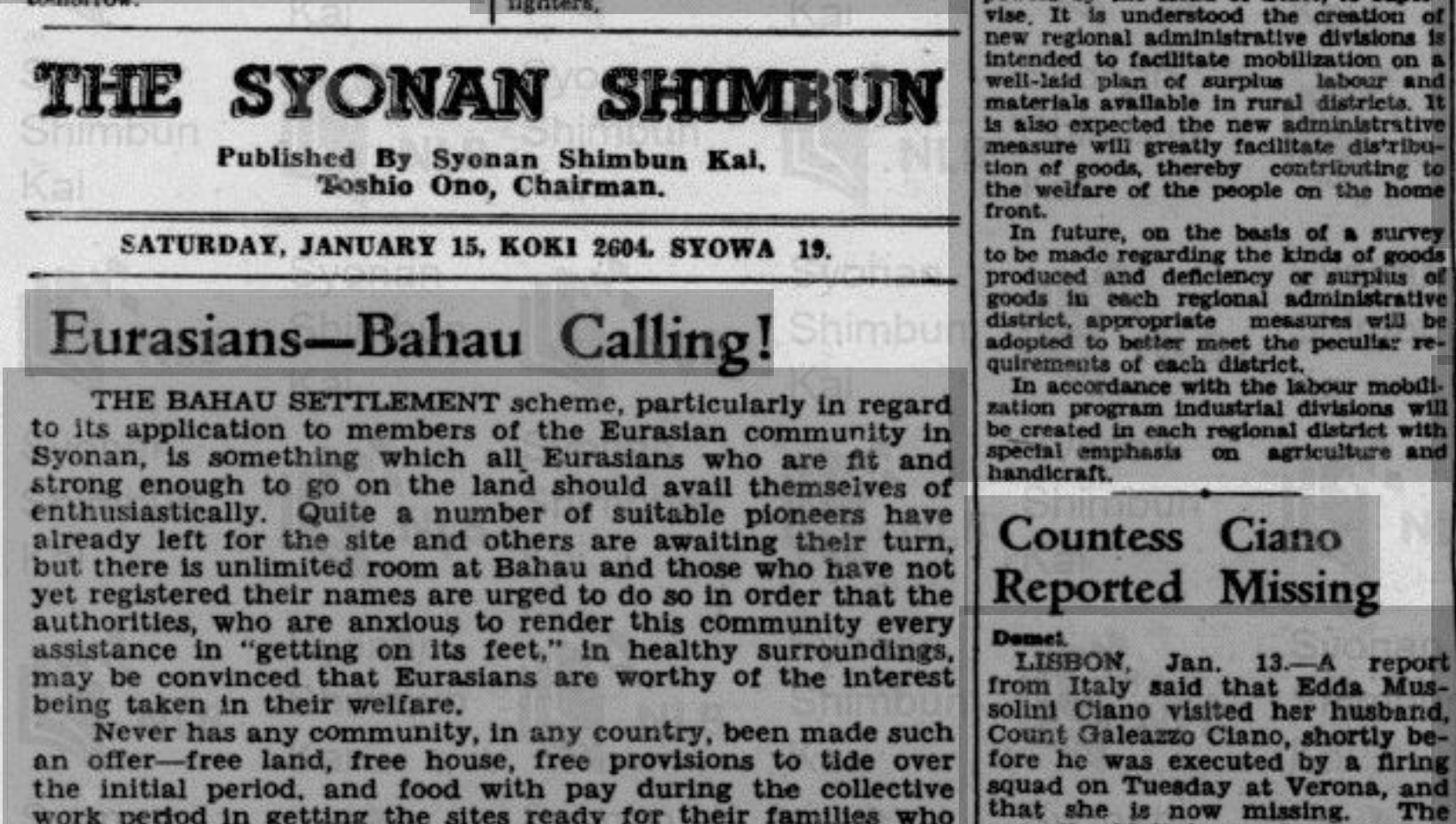 Unfortunately, some of the settlers did not necessarily have knowledge or experience in farming. For example, the Bahau settlement was filled with middle class Eurasians and Chinese Roman Catholics - people who most likely, had never tilled the ground or had any prior agricultural knowledge. 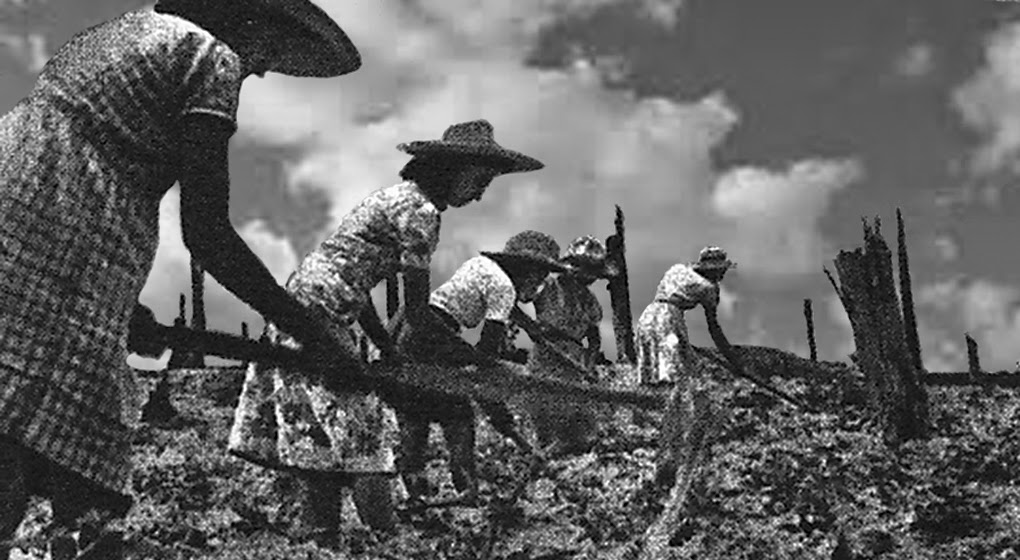 Eurasian women working on the land in Bahau. Source[/caption]

The Bahau settlement was also notorious for its mosquitoes which transmitted malaria. Many of the settlers at Bahau were infected even though they tried to protect themselves with mosquito nets.

The people at Bahau were unable to get adequate nutrition from their failed crops, leading to sickness and death. It was estimated that about 500 people died in Bahau.

The Endau settlement which housed Chinese settlers fared slightly better in comparison to those at Bahau. The settlement grew to about 12,000 settlers by the end of the first year.

However, in an indication of the level of hardship experienced at both settlements, settlers abandoned these places when they received news of the Japanese surrender.

Despite the suffering that people went through, there were still stories of hope that lifted their spirits.

In Wartime Recipes, a six-episode Youtube series by the National Museum Singapore, wartime survivors speak of the extraordinary kindness they experienced from their peers during the Occupation. 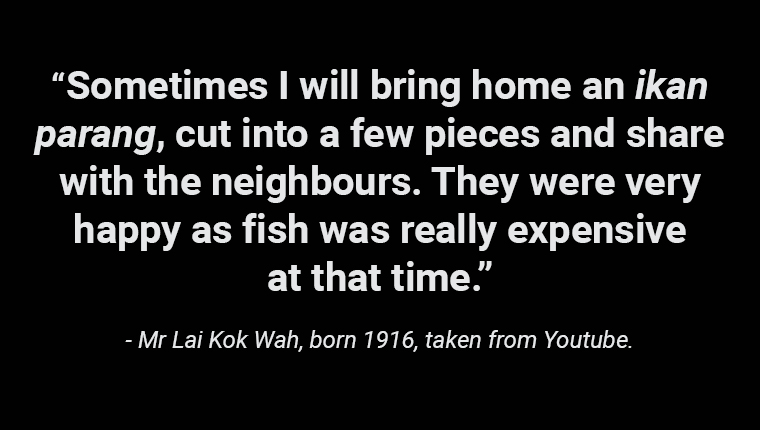 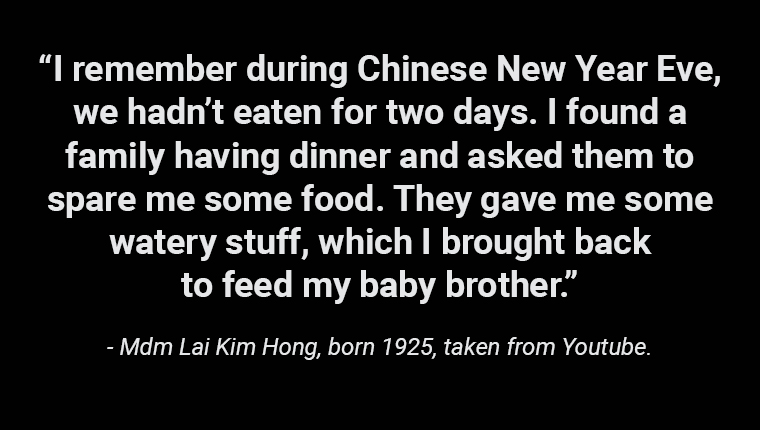 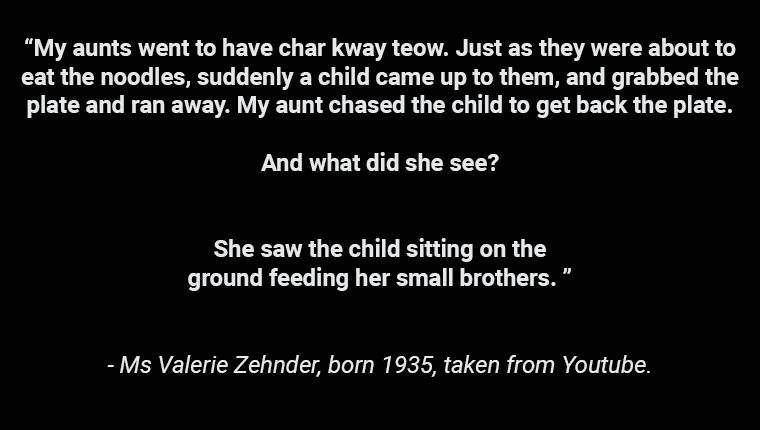 Their stories are reminders that in desperate times, the spirit of selflessness can help us tide over the impossible.

To learn more about how people ate during World War 2, you may visit the 6-episode series titled Wartime Recipes or read Wartime Kitchen by Wong Hong Suen.