Teenage Magazine has been around since 1988, the first and longest-running magazine for youths and young adults in Singapore.

Its advice column, called "Dear Kelly" has been an integral part of the publication, and one that university graduate Sara Low chanced upon in its latest November issue, years on from the times she used to pore over its pages.

She shared what she saw in a Dayre post with Mothership.sg — here's the short of a letter from a reader:

And here's what "Kelly" wrote in return — brace yourselves, you have been warned; this is real: 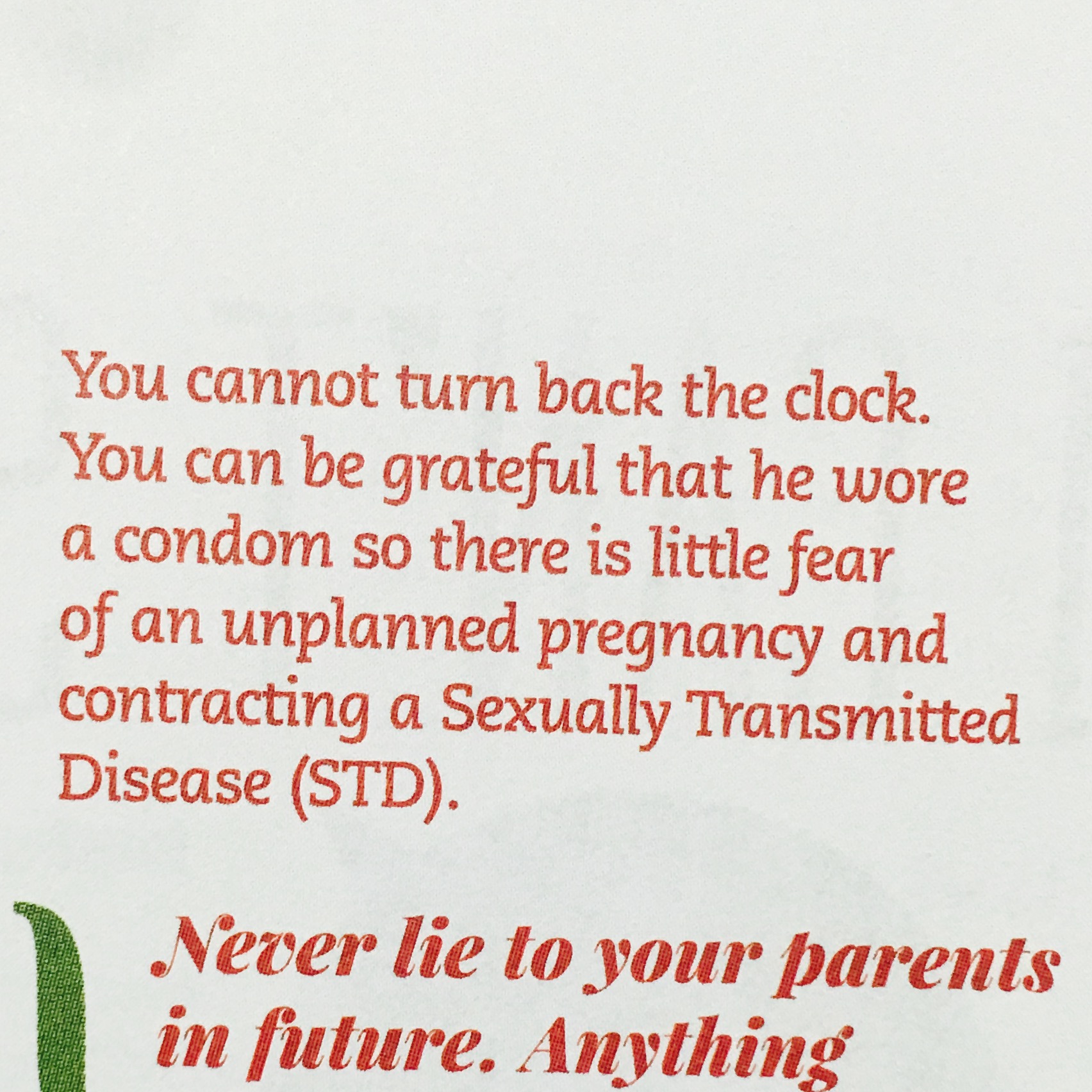 Here's how Dayre users responded to the excerpts from the magazine she shared on her blog:

Another user was prompted to send a message to Teenage on Facebook in protest, which you can read here.

Facebook users were angered upon reading it as well, and their emotions were palpable:

We really, really wish this was made up.