Three days before Deepavali in Singapore, the mood to get into the festivities turned sour online.

This was after The Smart Local, a website allegedly familiar about stuff and how they work in Singapore, produced a video titled, "Singaporeans Try: Indian Snacks".

Within minutes, the video was criticised for being culturally insensitive, if not, outright offensive.

In response to the criticism, the video was made private in less than an hour after it was published on Oct. 25, where it is no longer available for public viewing on TSL's YouTube channel.

Singaporeans found the five-minute video particularly offensive because it compared ladoos to diarrhoea and featured people giving blank looks when asked about the meaning of Deepavali.

The people featured in the video passing comments, who are staff at TSL and presumably Singaporean, also made faces while trying "snacks that many of our Indian friends know and love".

However, the most adverse connotation of the video was the treatment of Indians as if they are foreign to Singapore, to be sampled and passed judgement on.

To add insult to injury, the video ended with a "Happy Deepavali" greeting.

Comments condemning the antics portrayed in the video were swift and unanimous. 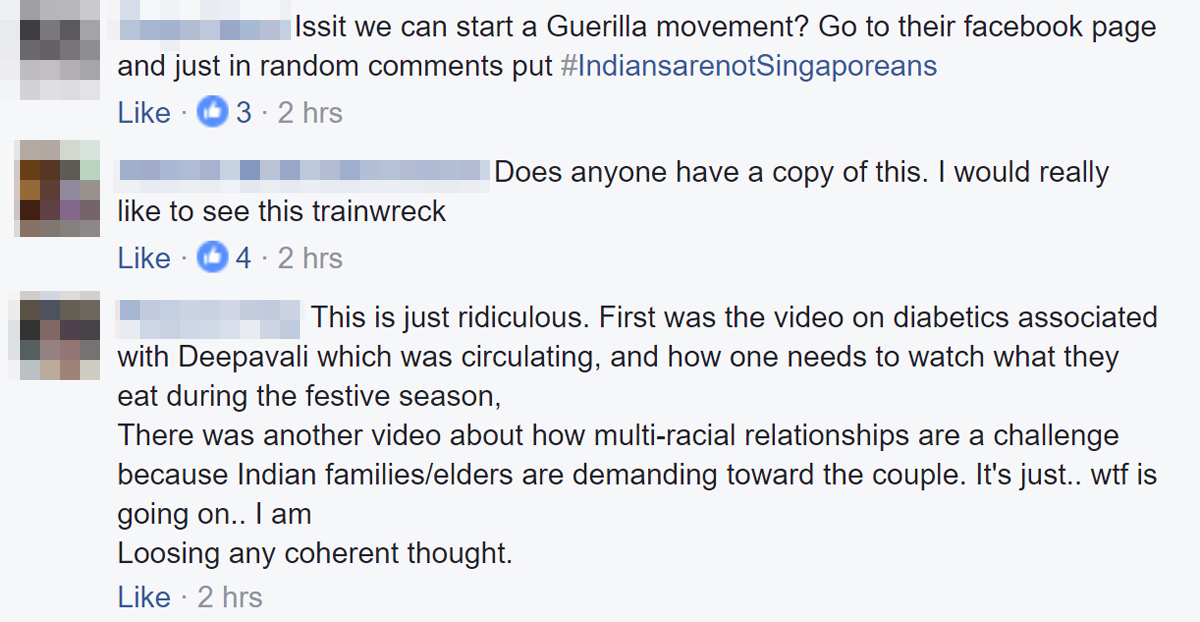 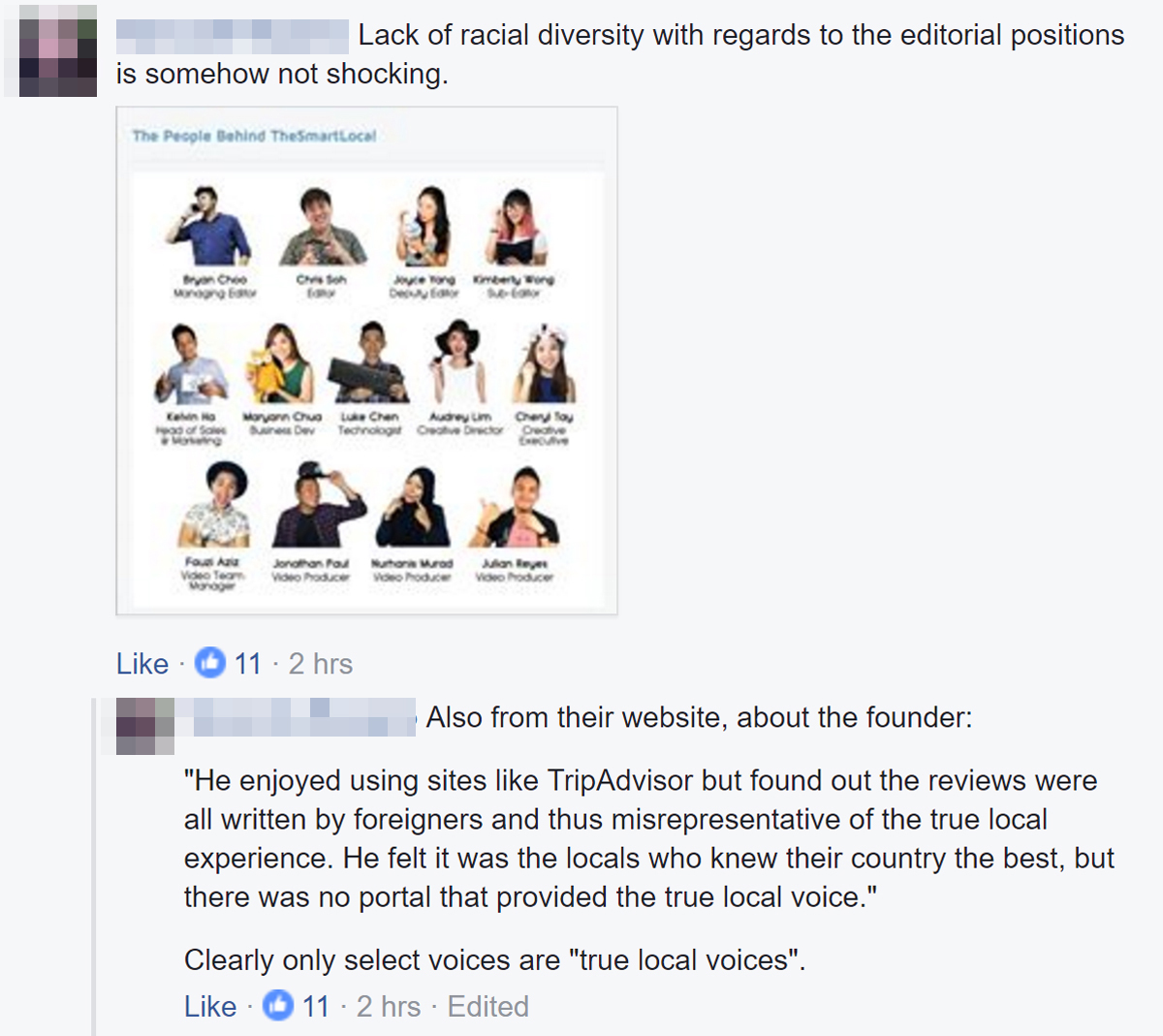 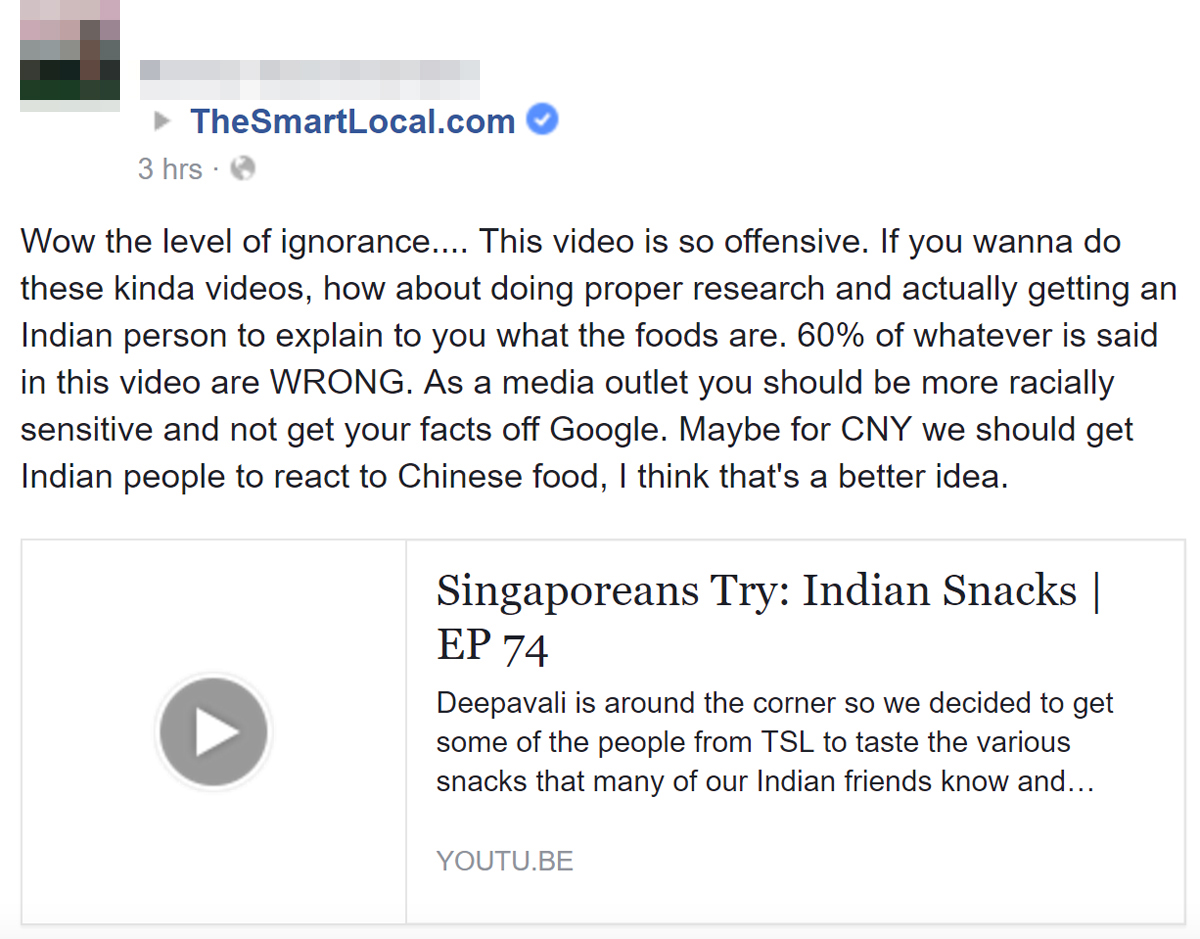 Even though some of the comments posted on TSL Facebook page's Visitor Posts section have either been hidden or deleted, they can still be found on the platform.

Immediately after backlash began circulating on Facebook and the video got pulled, TSL apologised on one of the post criticising its video:

But their apology cut no ice and only reinforced the perception that little thought was put into their creative process from the start: 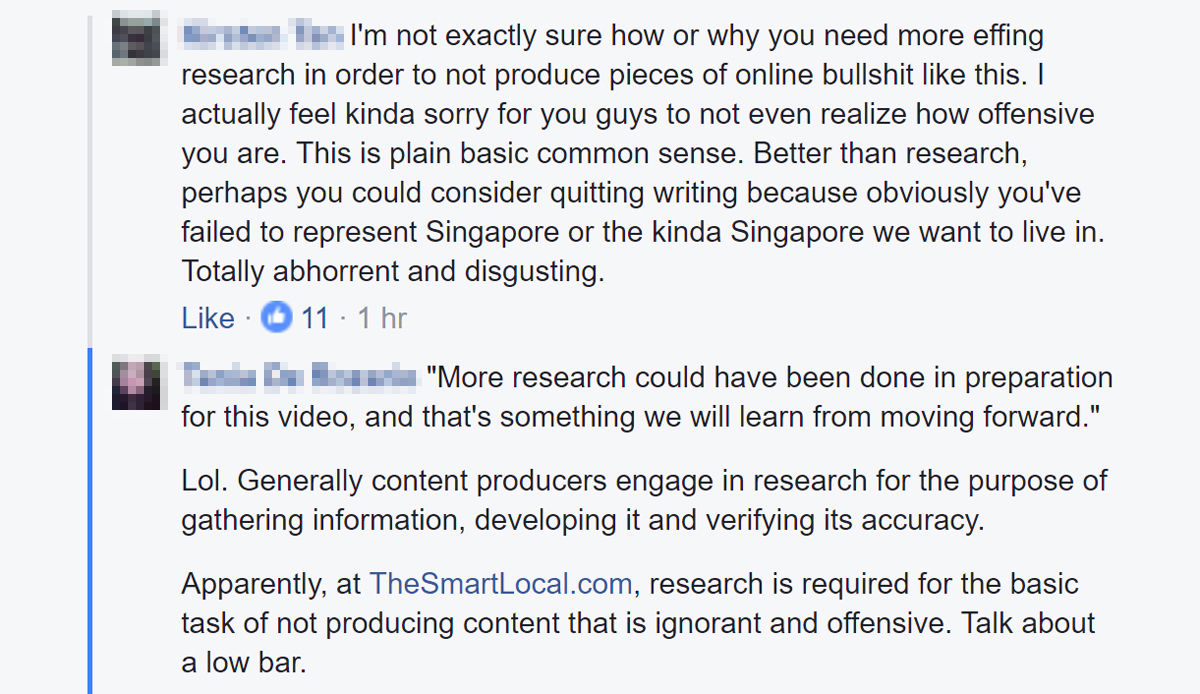 Culturally tone-deaf for the longest time

This latest faux pas by TSL is not the first and will most likely not be the last.

One of the comments from this latest saga managed to highlight what was fundamentally flawed with their approach: A superficial understanding of things that results in their culturally-insensitive manner of purposeless content reproduction.

When the site first appeared online as The Smart Local, their branding involved using a logo that blatantly misappropriated the headdress of First Nation indigenous peoples of the Americas.

It is not difficult to reverse-engineer the asinine thought process and work it out backwards, given their propensity to ape blindly and play word association games.

Here goes: A synonym for "local" would be "native". Therefore, as the word "native" appears in the words "Native American", which implies "indigenous" and suggesting "a close proximity to" and "originating from", the derogatory "Red Indian" headdress symbolises a true local native to the land -- even though it has nothing to do with Singapore in the first place.

The Smart Local has issued an apology on their Facebook page: