Now here's a surprising little fact: About one in every three marriages in 2015 was between a Singapore citizen and a foreigner.

These statistics are according to the annual Population in Brief 2016 report released on Sept. 27 by the National Population and Talent Division (NPTD).

First thing to note: The overall number of citizen marriages in the last two years was the highest in more than a decade. 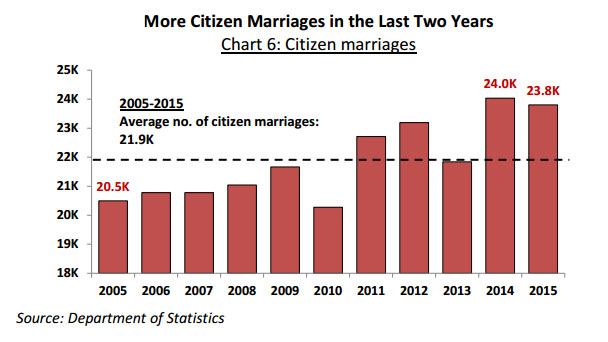 Based on these figures above, 36 percent of them were transnational marriages in 2015 involving one Singapore citizen: 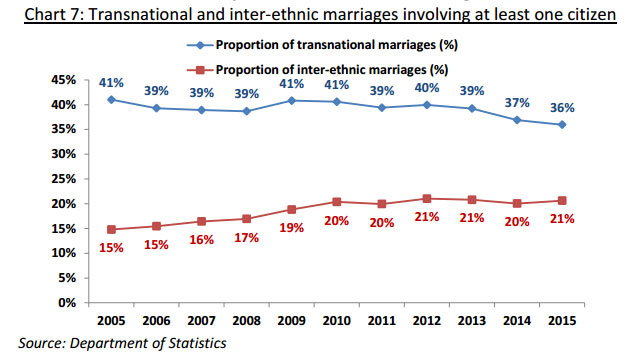 Therefore, even though the proportion of transnational marriages might have declined slightly over the years, the actual numbers are still stable due to the overall increase in marriages.

This has been labelled has a "Significant Proportion of Transnational Marriages" by the report.

Here is a break down of the numbers of the spouses according to region: 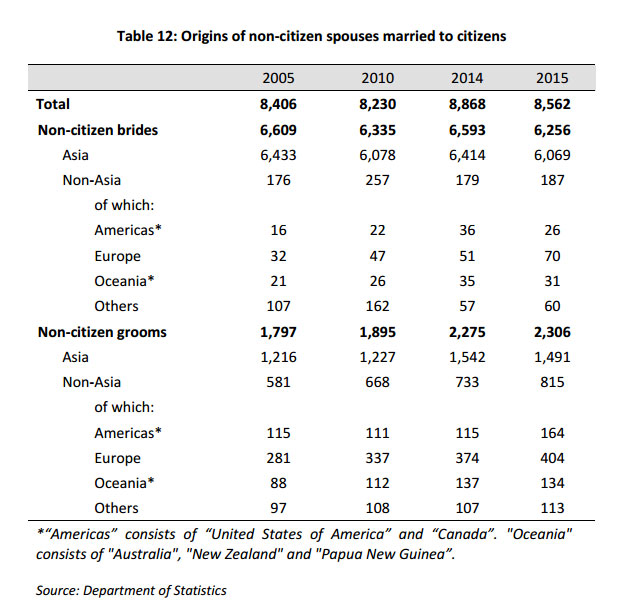 Inter-ethnic marriages, on the other hand, account for every two in 10 unions here these days, which was labelled as "Stable Proportion".