What a way to knock a man when he's down.

Moments after Prime Minister Lee Hsien Loong stumbled through his National Day Rally (NDR) speech and had to excuse himself to rest backstage, Reform Party (RP) Secretary-General Kenneth Jeyaretnam published this wildly inappropriate tweet (which he later deleted, but not before it prompted massive outrage from the Internet):

Below are a few examples of the outrage online:

Jeyaretnam subsequently tried to redeem himself with the following: 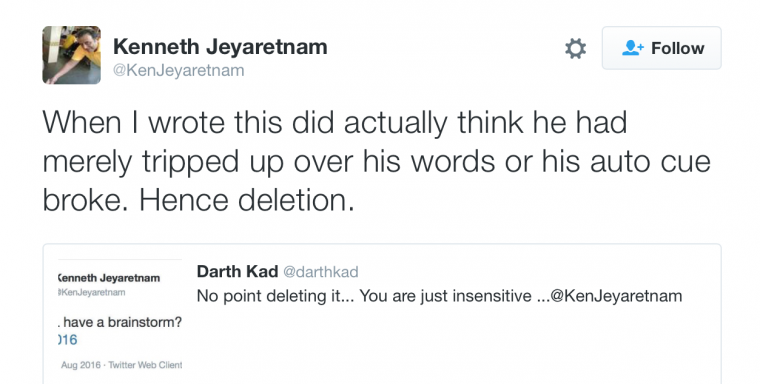 Right. His backtrack doesn't seem to do a good job of convincing the Internet. 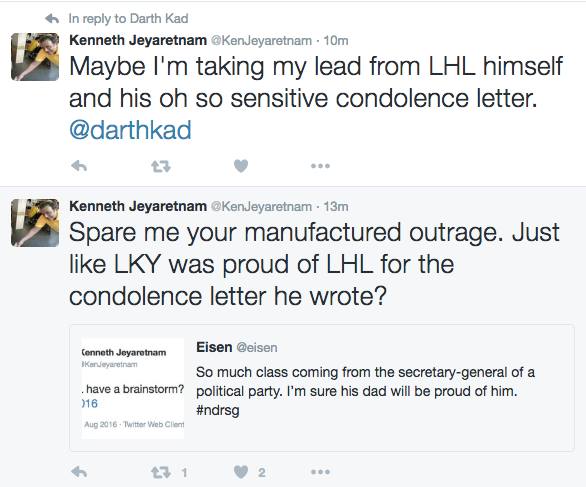 He may have deleted his tweet, but as Reddit so succinctly points out - the Internet never forgets.