For the uninitiated, Cards Against Humanity is a party game in which players complete fill-in-the-blank statements using mature-content phrases printed on playing cards.

The official website of Cards Against Humanity provides this succinct tutorial on how to play the game.

To start the game, each player draws ten White Cards.

One of the contestants becomes the Card Czar and plays a Black Card (Red for the Singaporean version). The Card Czar reads the question or fill-in-the-blank phrase on the Black Card out loud.

Everyone else answers the question or fills in the blank by passing one White Card, face down, to the Card Czar.

The Card Czar shuffles all of the answers and shares each card combination with the group. The Card Czar then picks the funniest play, and whoever submitted it gets one Awesome Point.

After the round, a new player becomes the Card Czar, and everyone draws back up to ten White Cards

The card game has been a runaway success, quickly becoming the number one game on Amazon.com and grossing over US$12 million.

Like any transcendentally popular board or card game, you can bet there's going to be a Singaporean version of it.

Tan, according to his Twitter profile, is a 20-year-old graphic design student from the Nanyang Academy of Fine Arts (NAFA).

And he might have just laid the groundwork for a Singaporean version of Cards Against Humanity.

So I made ‘Cards Against Humanity: Singapore Edition’ for my school project and… pic.twitter.com/GAwzABUeiL

The qualities of the self described "party game for horrible people" are definitely reflected in some of the combinations available in the prototype. 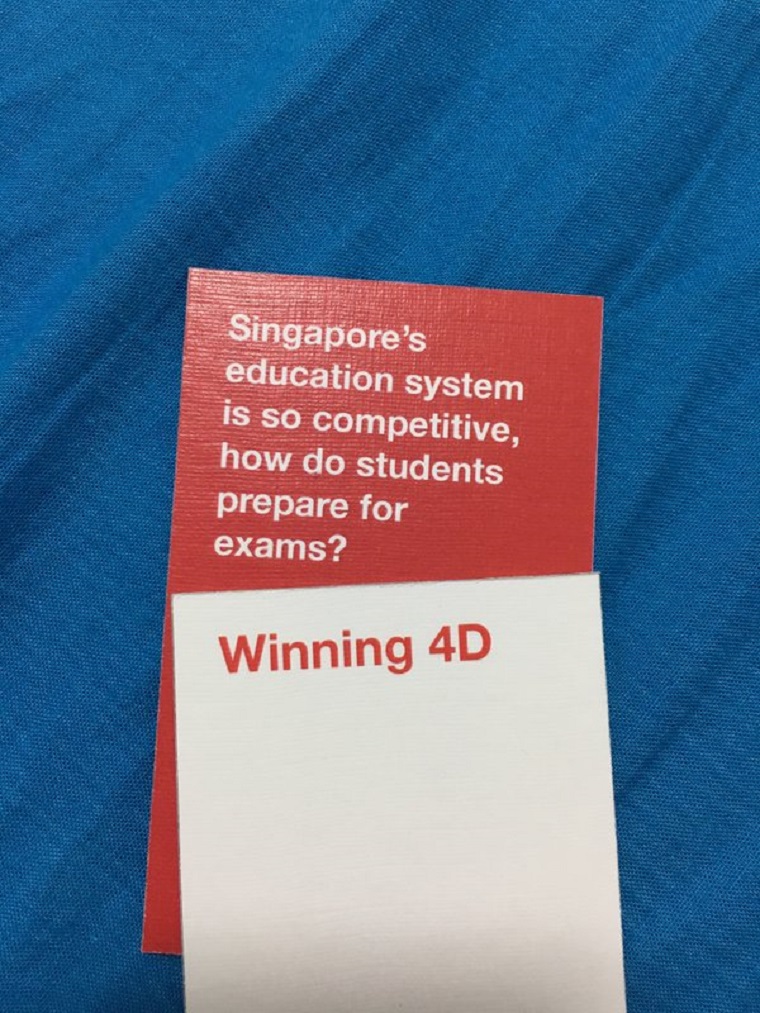 And our personal favourite. 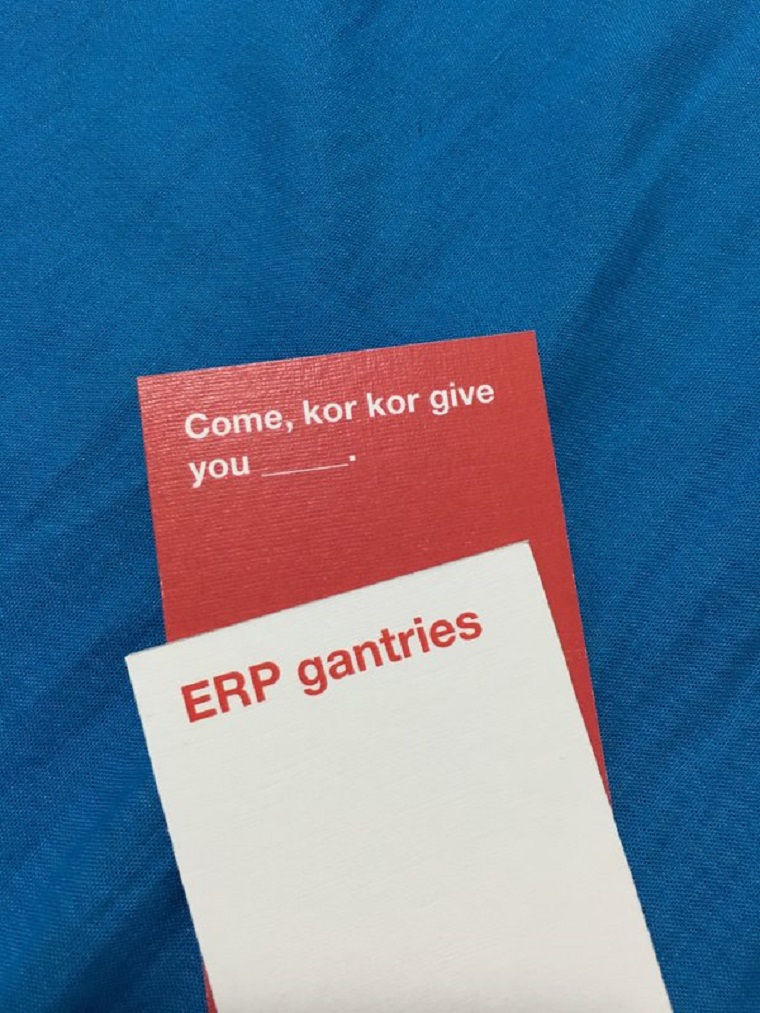 While the cards were created as part of a school project, the design student is planning to produce the card game on a larger scale.

Cards Against Humanity is available under BY-NC-SA 2.0 Creative Commons license, which states that anyone can copy, redistribute and, most importantly, adapt the card games provided they give due credit to the original makers, change the name of the adapted game and not use it for commercial purposes.

So having a Singapore version of the game is definitely a possibility.

Hopefully the project takes off so we can have more combinations like this to look forward to.