KFC Thailand announced earlier this week that it has created fried chicken incense sticks for the upcoming Chinese New Year.

According to Marketing Oops, each incense stick combines scents from 11 herbs and spices, emulating the smell of KFC's fried chicken.

The incense sticks, which come in a modern box, also has its outer layer designed to look and feel like fried chicken.

KFC Thailand previously shared a video of the incense sticks on its Instagram page. 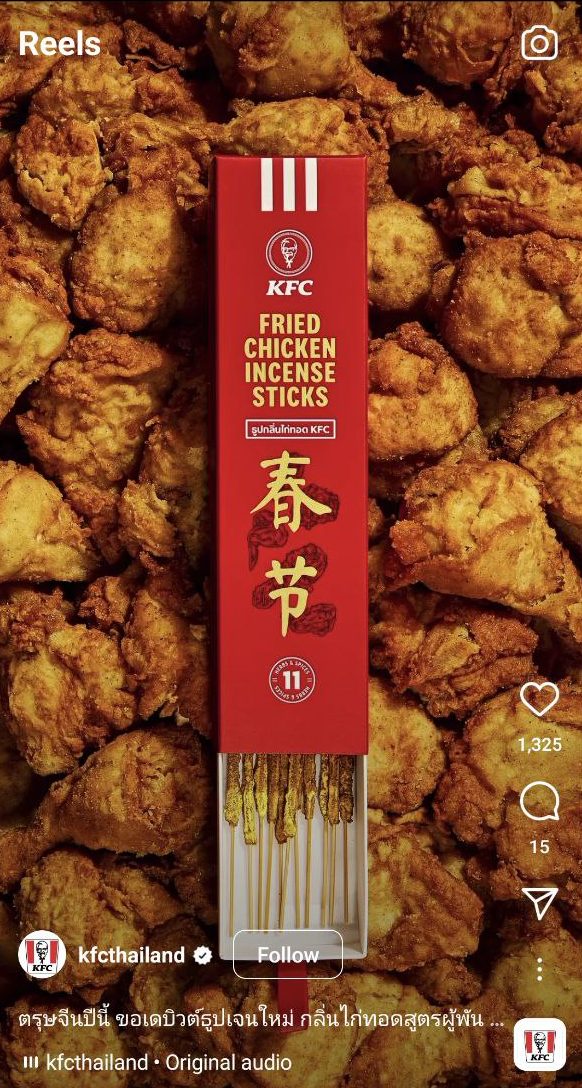 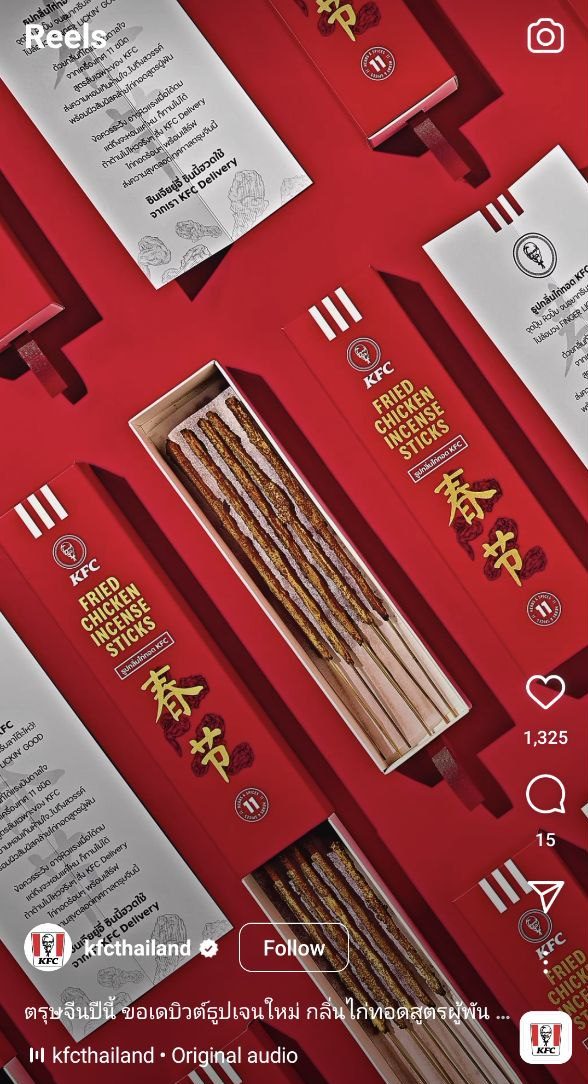 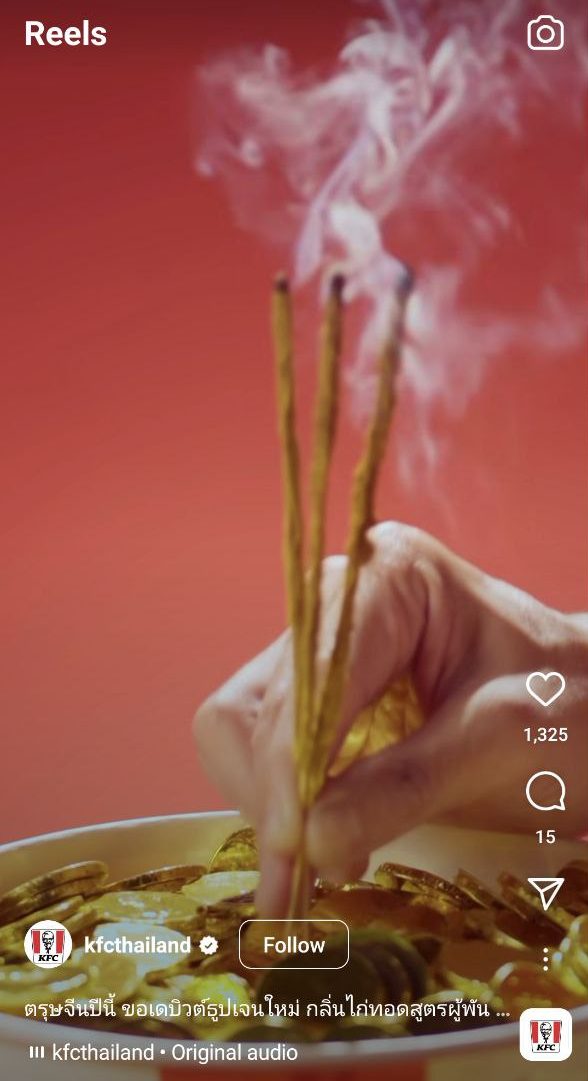 However, the video received a lot of flak from viewers, many of whom felt that the product was inappropriate and insensitive. 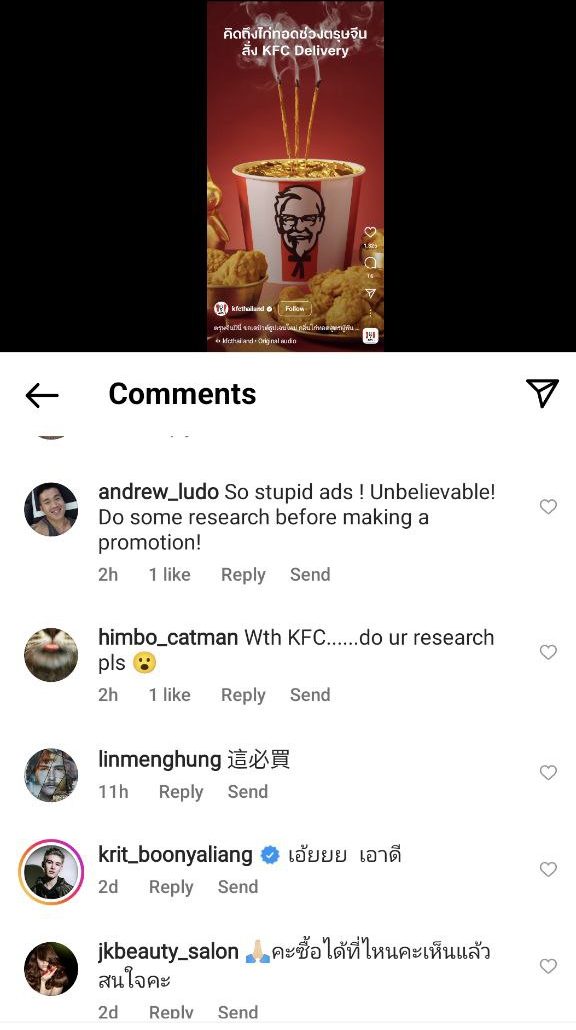 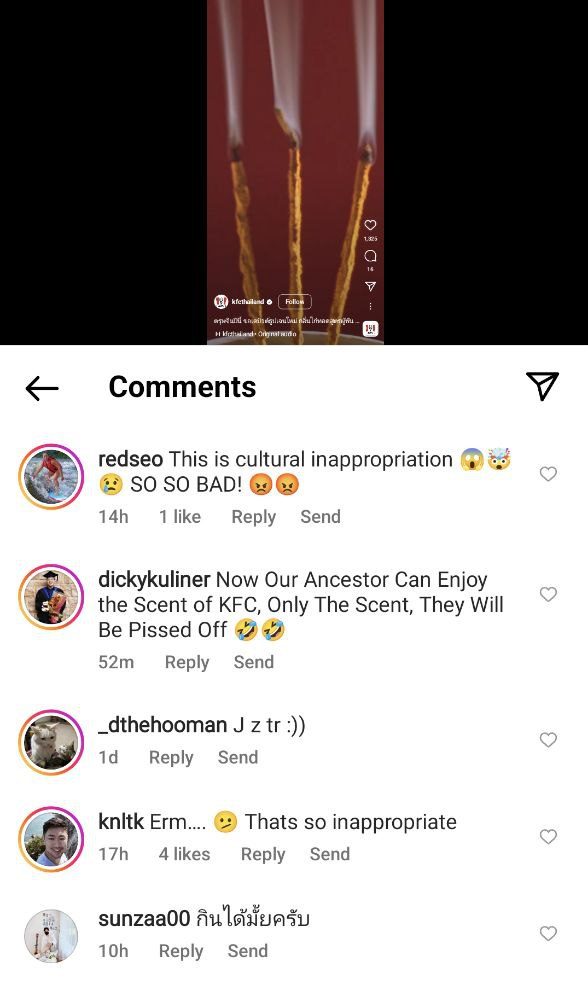 This is an ad by KFC Thailand for Chinese New Year. So many things wrong with this. You’d that they would know Chinese culture better. pic.twitter.com/2Hv9N9VR4b

KFC incense sticks. That's one way to get your ancestors' attention over the Lunar New Year 🤔 Proudly brought to you by late stage capitalism 🤦🏻‍♂️ #啋 #大吉利是

Ho Ching, wife of Singapore Prime Minister Lee Hsien Loong, posted about the incense sticks to her Facebook page as well, along with the caption: "Wah..."

As of Jan. 14 morning, KFC Thailand deleted the Instagram video and any mention of the fried chicken incense sticks across its social media pages.