Over the weekend, a good number of Jay Chou fans made their disappointment over his concert heard online.

The Taiwanese singer held two shows in Singapore on Dec. 17 and 18, at the National Stadium.

Organiser: lightsticks not recycled from 2020 concert

A portion of the complaints were directed at the light sticks given out, pointing out that the item was dirty, had its prints peeling off, and didn't work due to it running out of battery.

And an example of a less satisfactory model:

A couple of days later, concert organiser G.H.Y Culture & Media responded to the furore in a Facebook post, apologising that the "complimentary" lightsticks did not "come up to" the audience's expectations.

The company clarified that the lightsticks were not recycled from Chou's 2020 concert. Instead, the "20" in the design refers to the singer's two decades plus in the music industry.

The post explained that they carried out repeated rehearsals as it was Chou's first concert after nearly three years, which led to the batteries failing on the first night of the concert.

However, they had tried their best to rectify the situation before the second show took place, the organisers said.

"Fans can still keep these lightsticks by replacing its batteries," they added.

"We are sorry for the imperfections and strive to do better." Fans not buying it

Unfortunately, fans who attended the concert were not convinced by G.H.Y's explanation on the lightsticks, questioning why they looked the same as the ones from Chou's previous concert if they were not recycled. 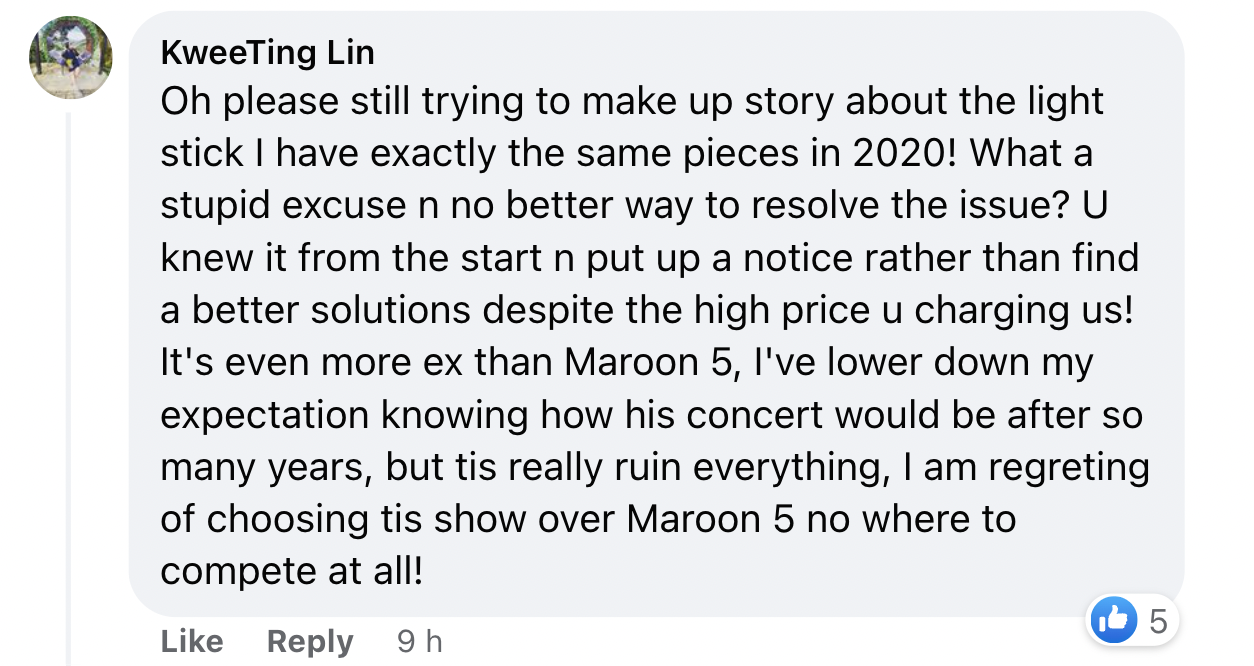 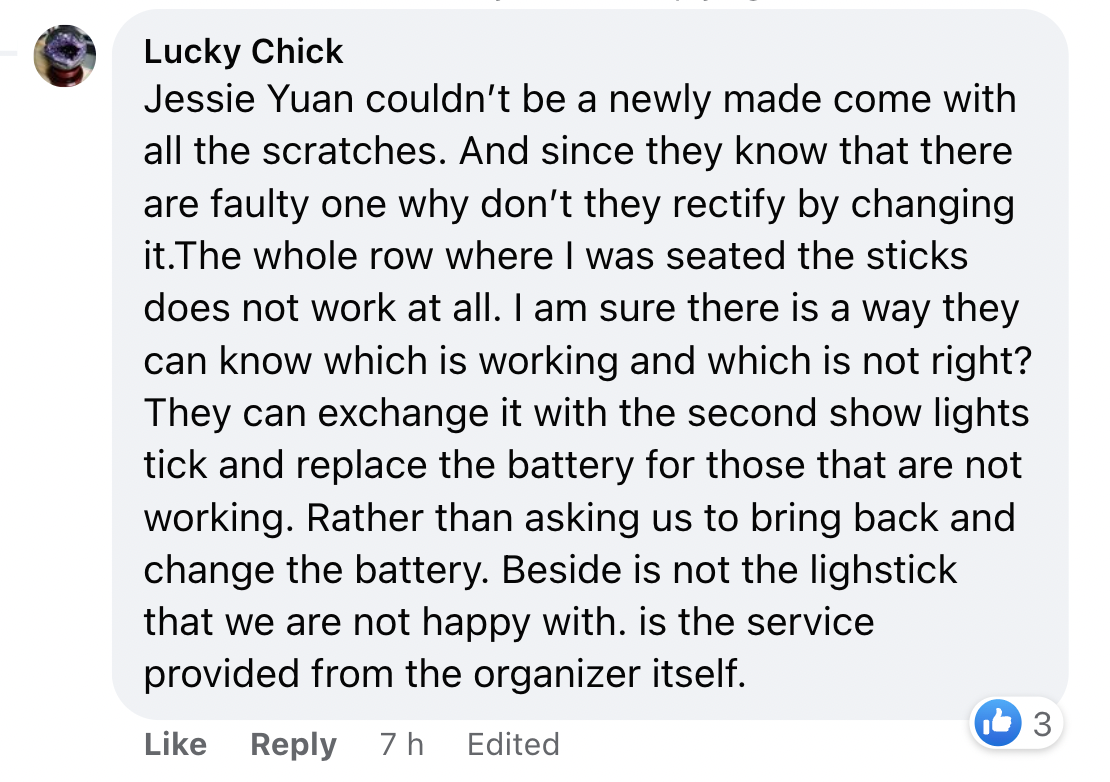 A couple others chimed in on how the faulty lightsticks had affected their experience: