Singapore has come out tops in Asia in a recent survey ranking countries' and region's proficiency in the English language.

The survey by EF Education First, a Swedish education company, analysed the results of 2.1 million non-native English speakers who took their EF SET English tests in 2021 across 111 countries and regions.

Those in the "Very high proficiency" band include the Netherlands at the top, followed by Singapore and Austria.

Countries and regions such as the Philippines, Malaysia and Hong Kong are in the "High proficiency" band and are ranked 22, 24 and 31 respectively.

Yemen, the Democratic Republic of Congo and Laos are at the bottom of the list of all countries and regions included. 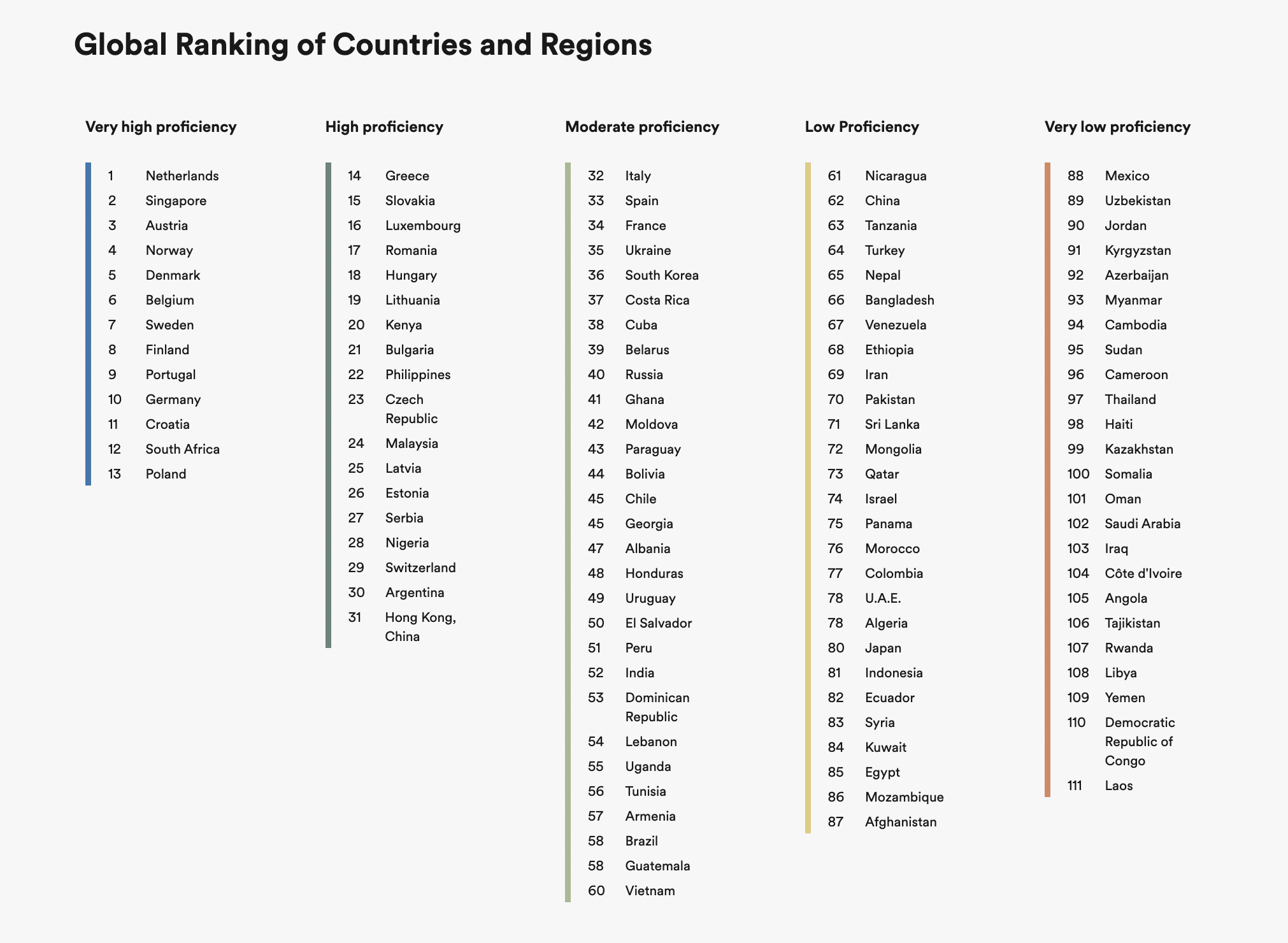 Despite ranking 24th in the overall ranking, Malaysia came in third in Asia.

In first place was Singapore.

The Philippines was ranked second. 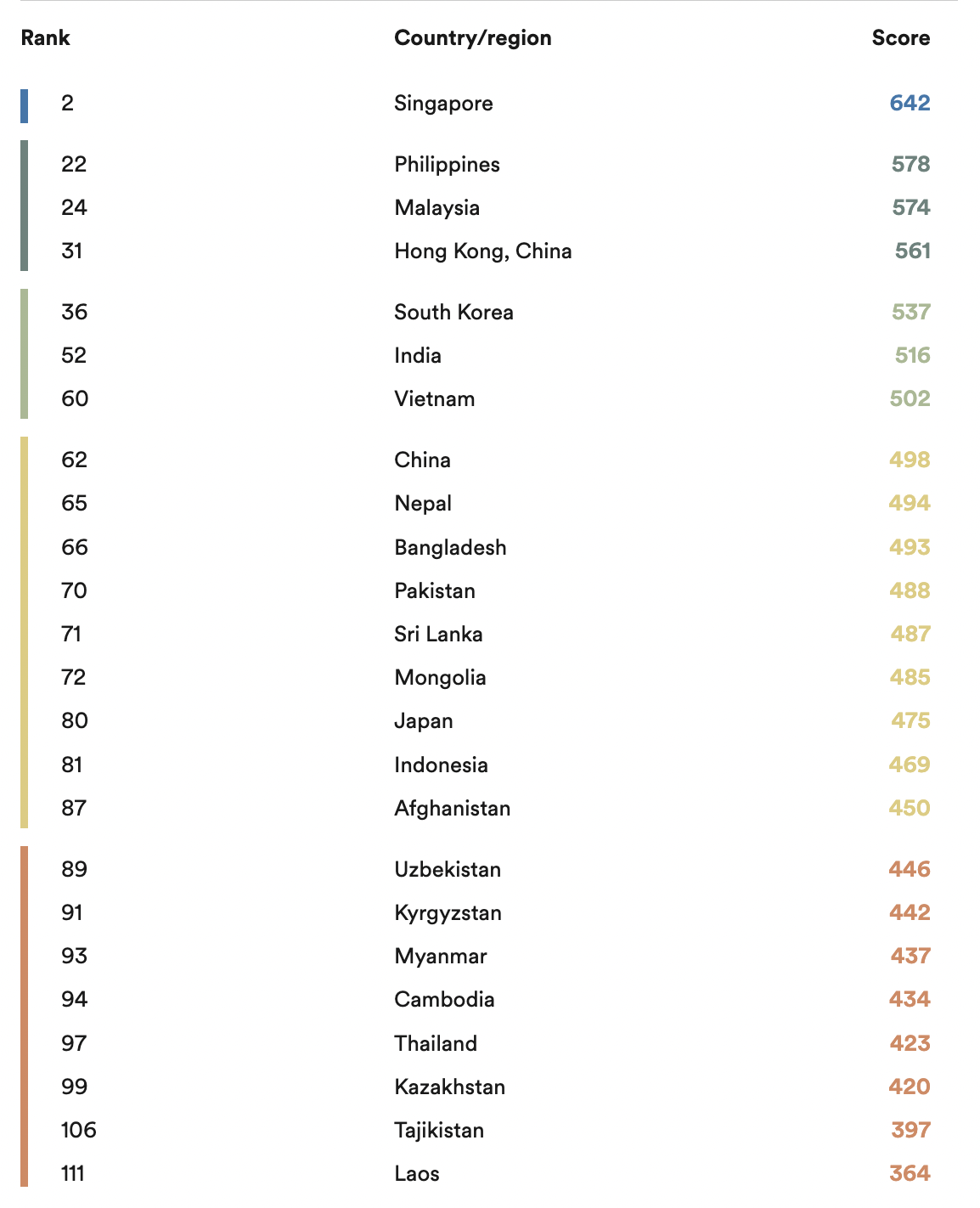 Countries and regions in the 2022 EF English Proficiency Index list are ranked based on a score.

This was calculated when participants take an online, adaptive English test for reading and listening skills called EF SET.

EF stated that the test is a "standardised, objectively scored test designed to classify test takers’ language abilities into one of the six levels established by the Common European Framework of Reference (CEFR)".

It is also available to any Internet user for free.

However, the effects of self-selection might be apparent enough to affect some of the results.

The sample of test takers is biased toward respondents who are interested in pursuing language study and younger adults, EF said: "In parts of the world where Internet usage is low, we would expect the impact of an online format to be strong. This sampling bias would tend to pull scores upward by excluding poorer and less educated people."

Nonetheless, EF stated that the sample is roughly balanced between male and female respondents and includes a broad range of ages.

More information can be found here.