Stand-up comedian Russell Peters will be coming to Singapore for a show on Feb. 25, 2023.

The 52-year-old Canadian will be performing at the Singapore Indoor Stadium as part of his Act Your Age World Tour.

Peters has done multiple sold-out gigs in Singapore in the past, the last time in 2018.

General public tickets are available from Nov. 11, 10am onwards via www.ticketmaster.sg and all SingPost outlets.

VIP tickets are also available for purchase for fans to get up-close and personal with Russell, including better seats in the arena, meet and greet, photo opportunity, and an autographed poster. 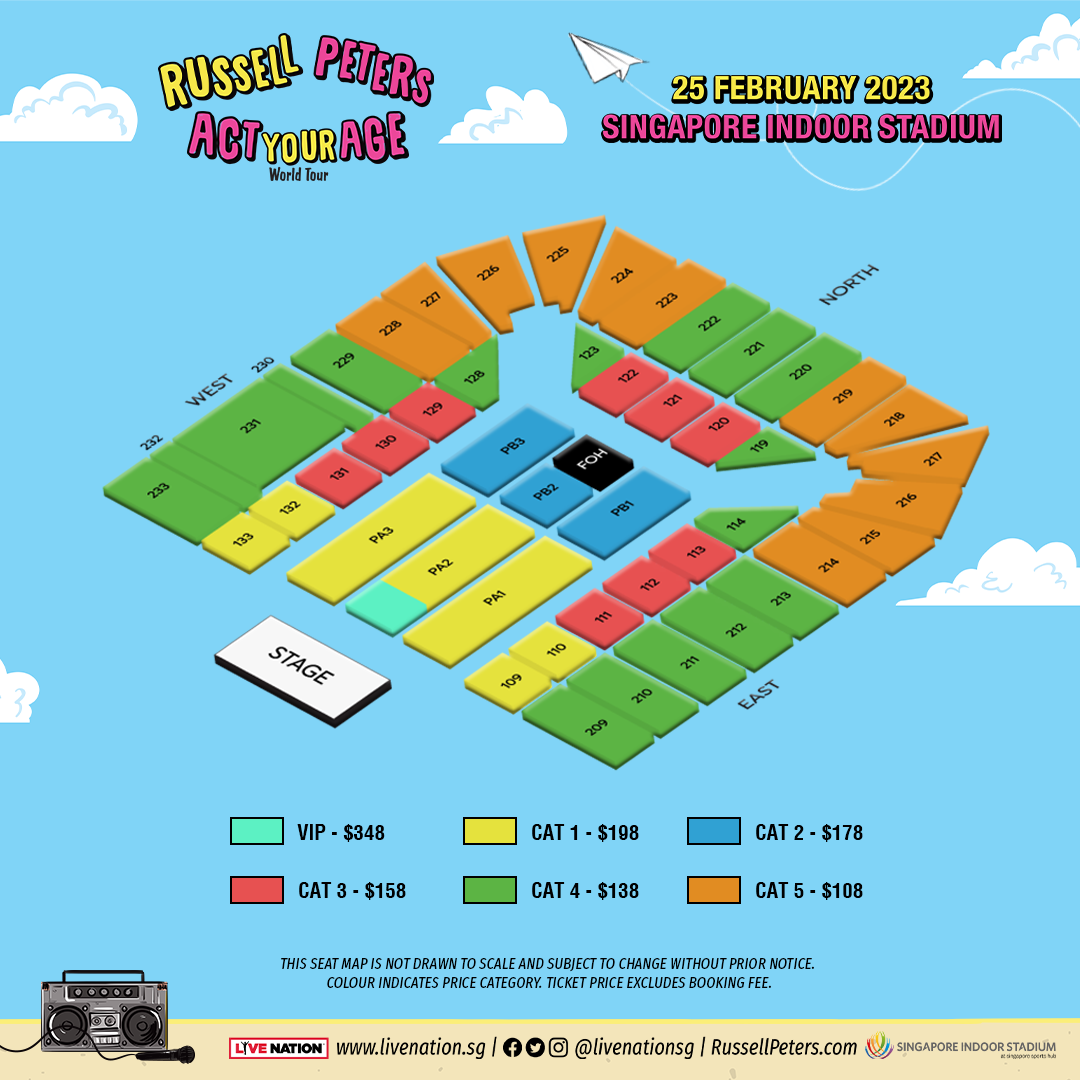 Russell Peters was recently named as one of Rolling Stone’s 50 Best Comics of All Time.

He started doing stand-up at the age of 19 at open mics in his native Toronto, and spent the next 15 years honing his craft at clubs across Canada and the UK.

In 2004, Peters gained critical and global recognition for his CTV “Comedy Now!” special and soon became the first comedian to sell-out Toronto’s Air Canada Centre in 2007.