Anwar Ibrahim has been sworn in at Malaysia's Istana Negara in a ceremony that started at 5pm on Nov. 24.

No one said it would be easy

Anwar's accession to power is the culmination of a decades long odyssey, from the heights of the deputy prime ministership under UMNO, to the cold isolation of prison, to the cusp of power in 2020.

And now, at last, he has been confirmed as prime minister. 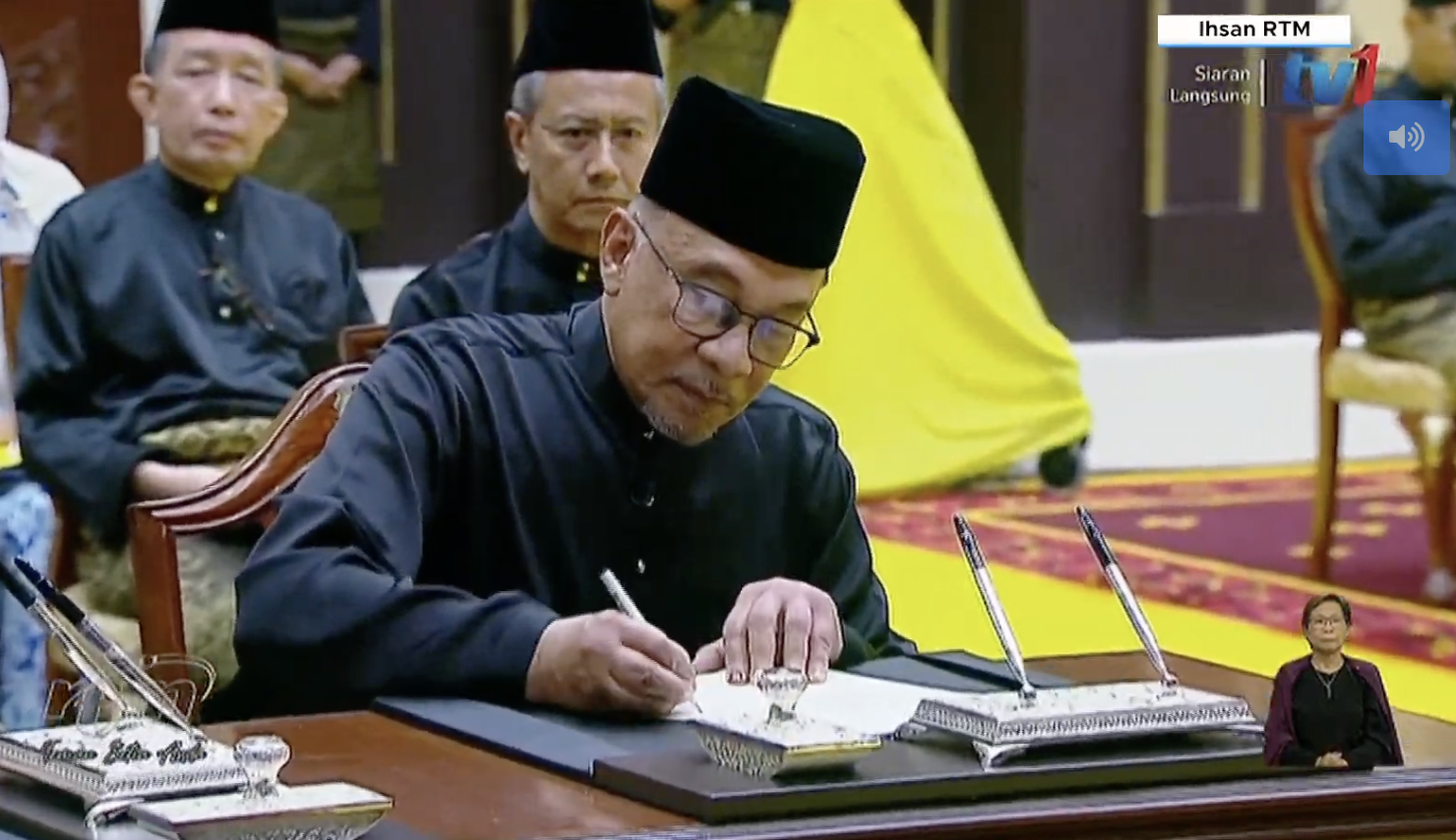 Ironically, he does so at the head of a shakier coalition than he had in 2018. While Pakatan Harapan and its component parties are as unified as ever, without Bersatu, they are now a minority in parliament, albeit the largest single bloc. PH has 82 out of 222 seats in Malaysia's Parliament, the Dewan Rakyat.

According to information obtained by the New Straits Times, PH is likely to form the government with old nemesis Barisan Nasional, with BN's 30 seats giving them a razor thin majority.

It now appears likely that Anwar will fulfill Malaysia's Agong's wish that the new government be representative, racially, religiously, as well as regionally. It seems he will do so by bringing on board East Malaysian parties.

Notably, leaders of PH component party, the Democratic Action Party, have been apologising in public for previous offense they may have caused to either Sarawak or its leaders.

Current DAP Secretary-General Anthony Loke published a broad apology to his facebook page, saying that he had met with Sarawak Premier Abang Johari Openg. According to MalaysiaKini, Loke said he apologised on behalf of the DAP for any previous offense, and hoped the meeting would open a new chapter to build "consensus and cooperation" for Malaysia.

This was followed shortly by Lim Guan Eng, the former DAP secretary-general, issuing a similar statement.

No one ever said it would be this hard

But perhaps more worrying is the calls for calm on the part of PH leaders. With Loke and PKR Deputy-President Rafizi Ramli both calling on PH supporters to not officially celebrate.

This comes as Malaysian police are reported to have set up 24 hour roadblocks in every district to prevent crime, according to Free Malaysia Today.

It is not clear if these warnings and police action are connected, but it is clear that there are some worries about disruption, even as many Malaysians feel the relief of the return of a semblance of political stability.