Rui En is marking her first year on Instagram with an act of charity.

On Oct. 9, 2022, the 41-year-old actress uploaded three videos of her and her fan club, RBKD, visiting the Bloodbank at Health Sciences Authority (HSA) to donate blood.

She explained they have a history of doing good together to commemorate milestones. 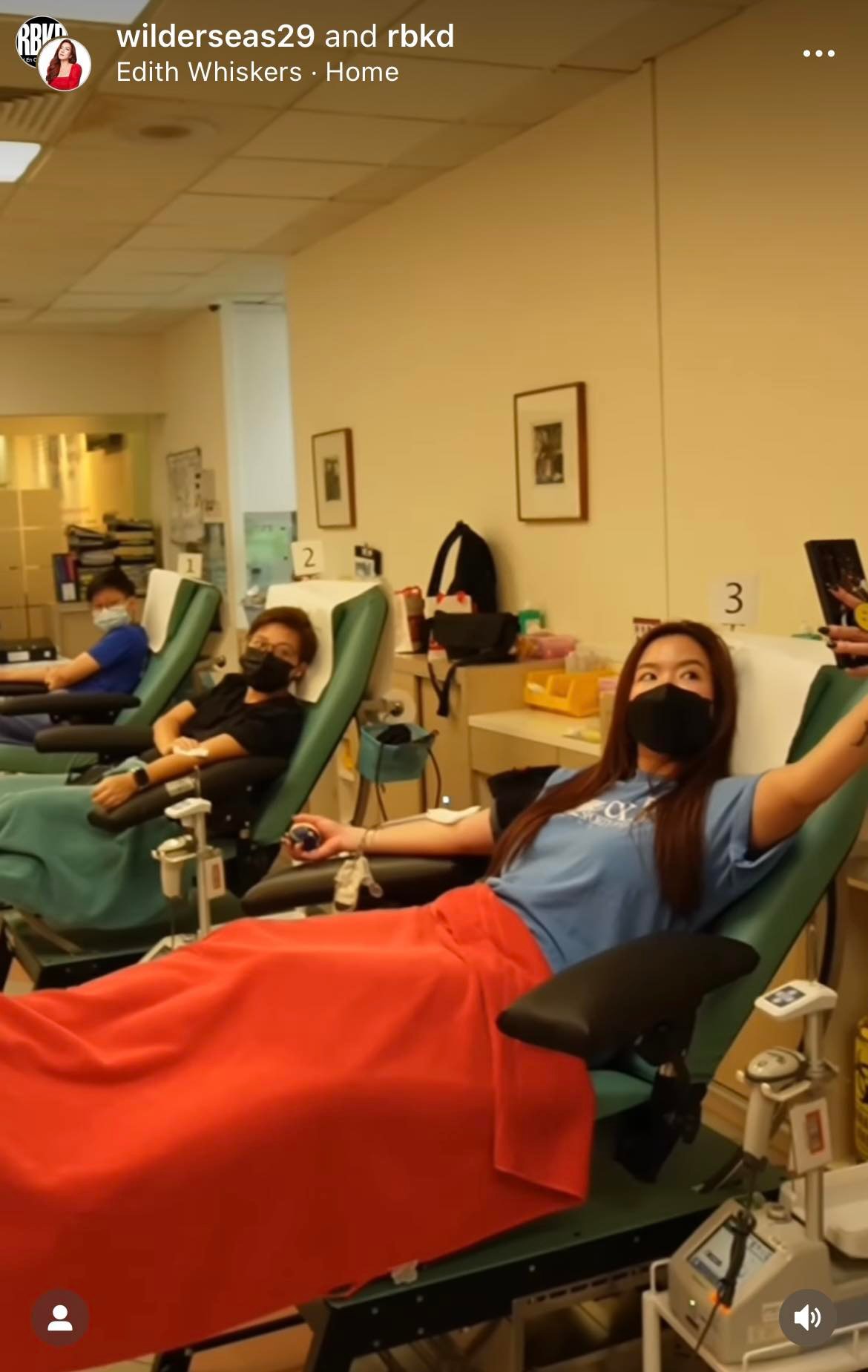 Rui En also said that it was her first time donating blood, adding that she was grateful to RBKD for coming up with the meaningful idea.

To prepare for the day's session, the actress took iron pills for the past week.

She had learnt from a friend that women who "train a lot" may have low iron levels, hence the supplements.

Before the procedure, the actress joked, "I was just thinking if I pass out or if I faint right, I'm already at the hospital."

The second video shows Rui En holding up a sticker for first-timers, which lets the Bloodbank staff know to be (extra?) gentle.

"So my question is, what if you don't have this sticker leh? Then they anyhow anyhow like that poke?" she quips.

As the video follows her to the blood donation room, the actress is filmed covering her face and shying away from the blood withdrawal process. In the third video, Rui En added that they wanted to raise awareness for more people to try donating blood.

According to her, one bag of blood could save three lives, and with nine bags of blood donated that day, it means a total of 27 lives potentially saved.

The actress appealed for viewers to do the same if they are eligible, as it's "really nothing" and "doesn't hurt at all". 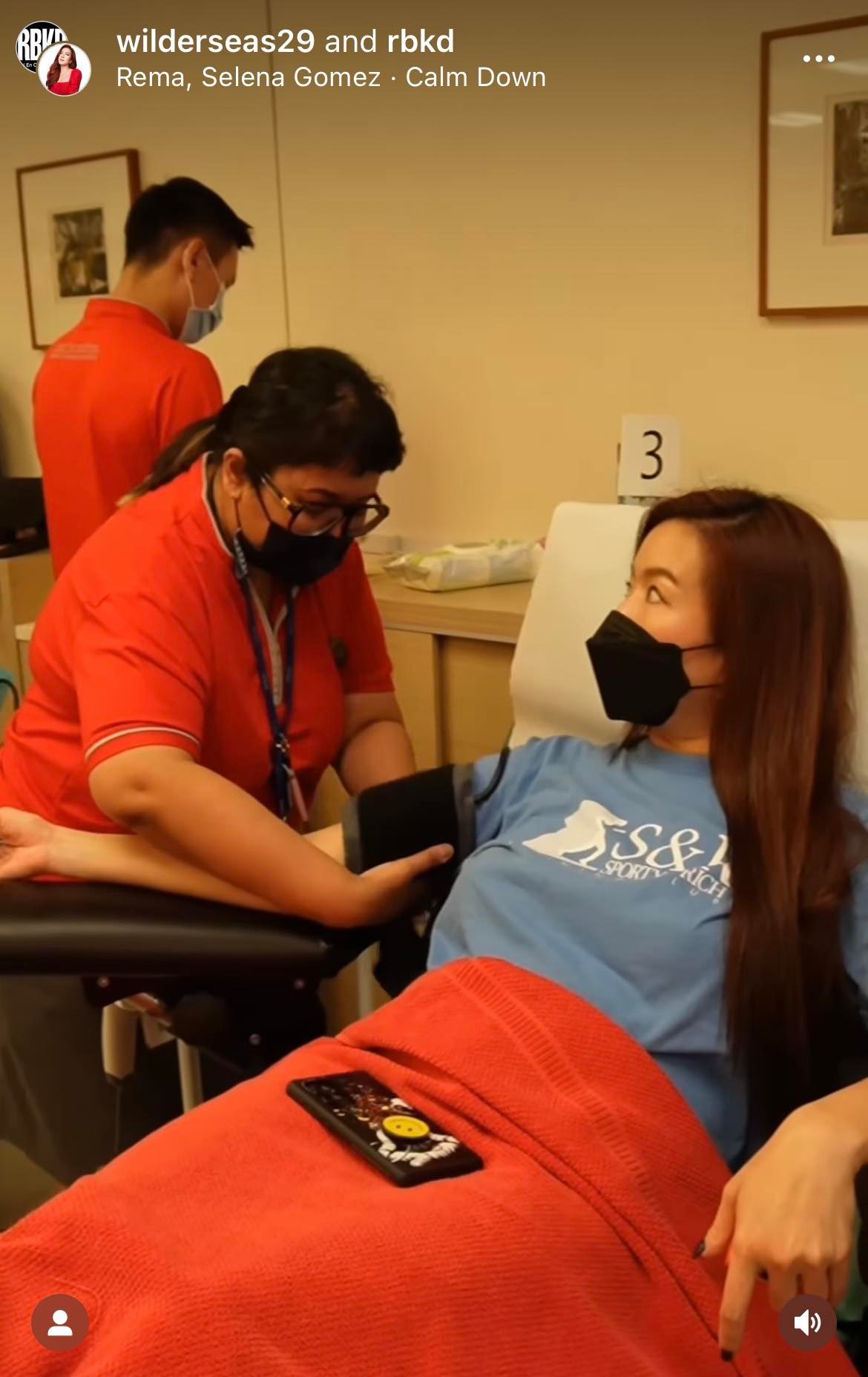 You can find out more about the process here. 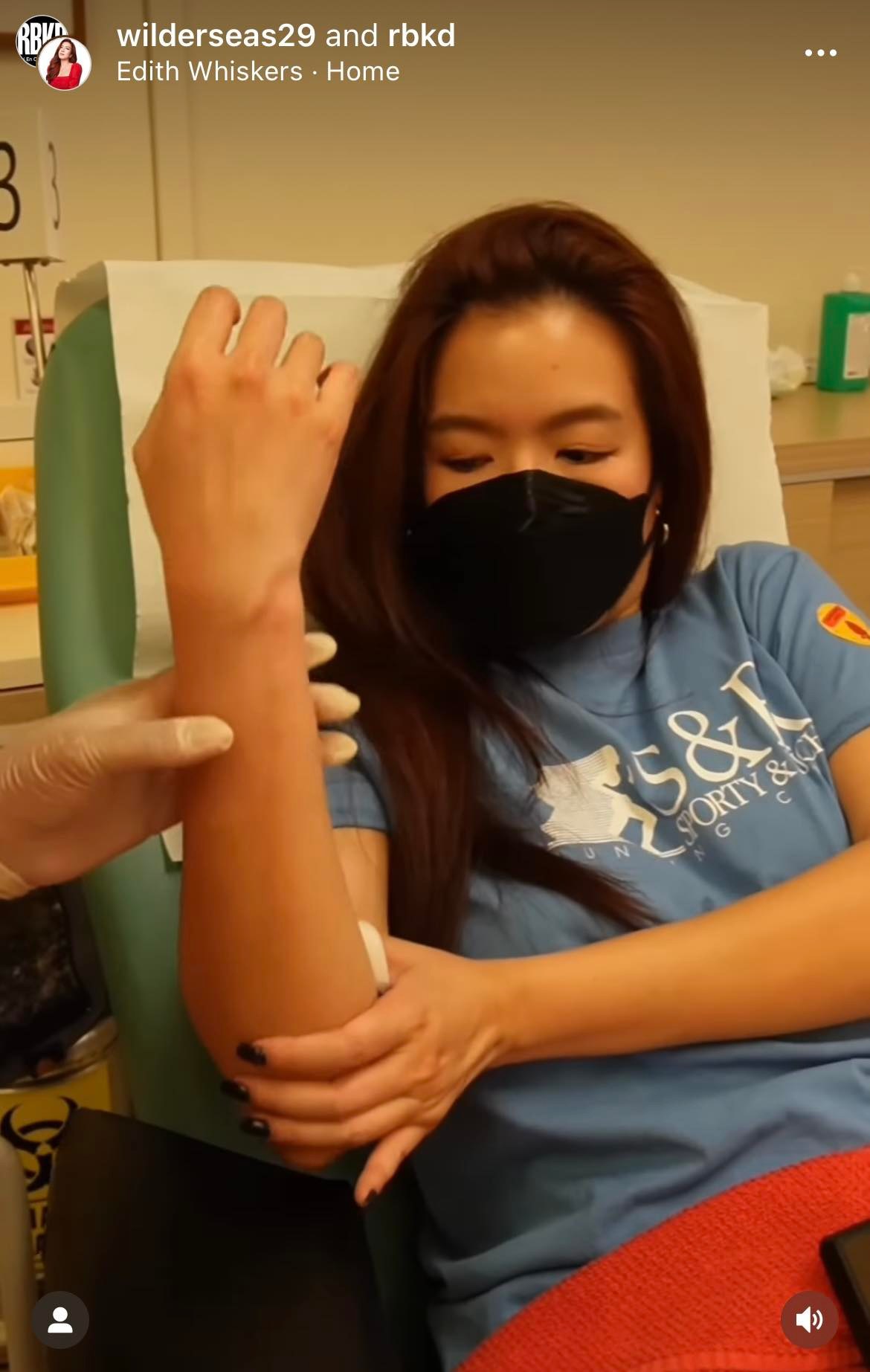