Drama is brewing in Mediacorp, and we're not talking about shows that are in the making.

On Oct. 13, 2022, actor Benjamin Tan wrote a lengthy passage on his Instagram Stories about a fellow actor who has been "disrespectful" to the crew of an unnamed project.

Tan did not reveal the artiste's identity, and instead lists four points about their behaviour that has affected the whole production.

For one, the individual is late to shoots 95 per cent of the time, but remains unapologetic about it.

Tan allegedly overheard the actor saying, "Come here also wait for them to set up, why they make such a big fuss?"

He also implied that the actor would be late to location shoots.

Thirdly, when they managed to report on time, the artiste reportedly came with their hair and make-up undone despite telling the production crew that they would take care of it themselves.

Finally, the actor would apparently "make things difficult" for the AP (assistant producer) by complaining to their boss when lines were taken away from them. According to Tan, this is a common occurrence on projects. 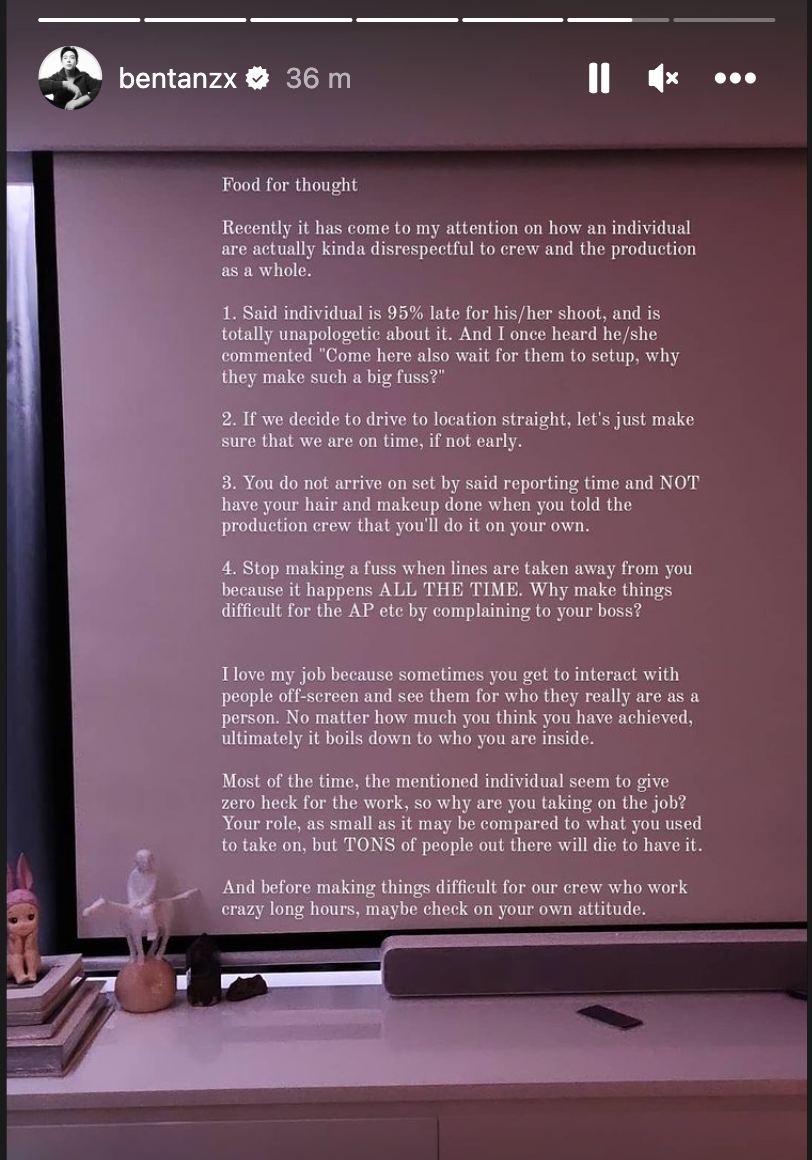 While Tan gave little clue as to whom he is talking about, we do know that he is currently filming for Channel 8 series "Strike Gold". 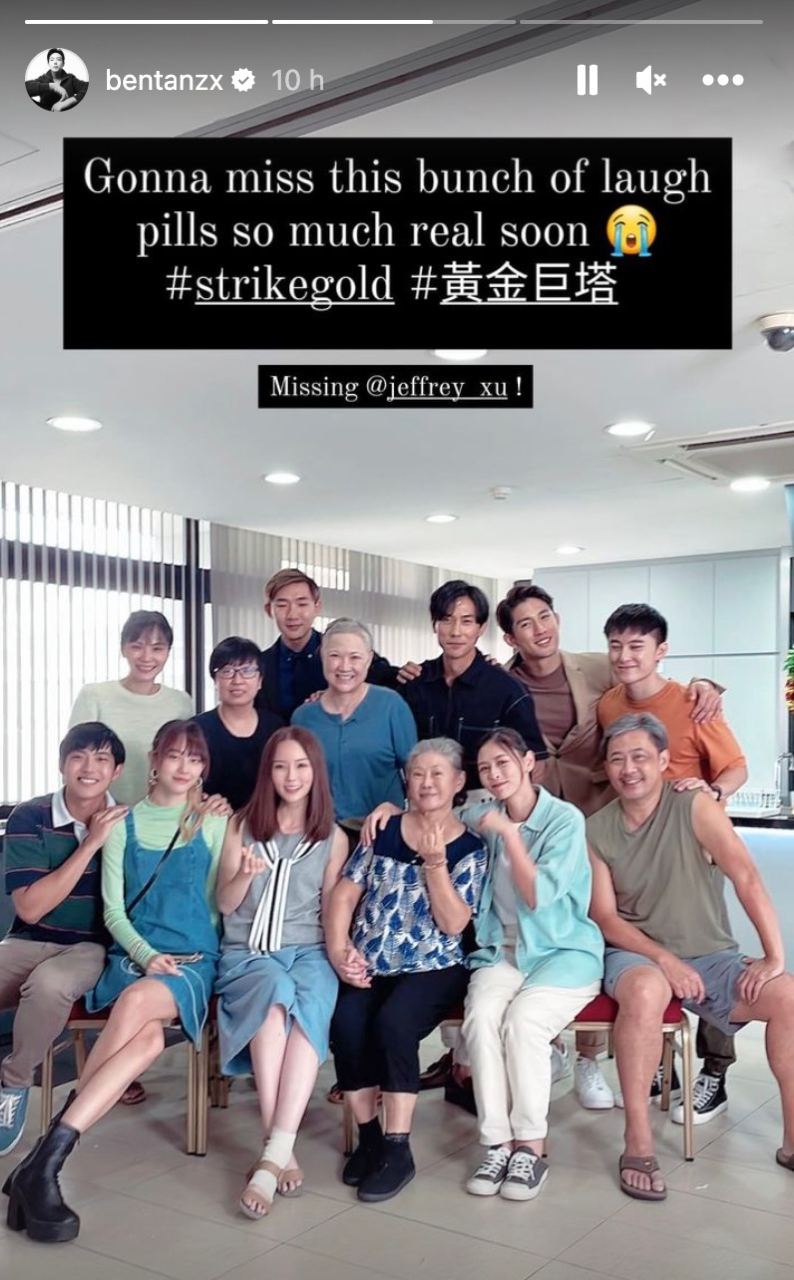 There's also a hint in Tan's later paragraphs that the individual has taken on a smaller role compared with their past jobs.

"I love my job because sometimes you get to interact with people off-screen and see them for who they really are as a person," Tan added.

The plot for "Strike Gold" revolves around the residents of Block 88 where Jin Yin Ji's character, Grandma Du Du, is accused of copyright infringement over her pineapple tart recipe.