When it comes to air travel, pets typically have to be transported in the cargo compartment.

However, Nok Air, a Thai airline, arranged for a "pet on board" flight on Aug. 30.

The flight from Bangkok's Don Mueang airport to Chiang Mai saw owners bringing their pet dogs in special carriers into the passengers' cabin.

The pets were flown in special bags printed with the label "Nok Air Pet on Board".

The carriers featured large mesh panels that allowed the pets to be observed from outside, while providing ventilation. They also had special zip openings for the pets to peek out while being carried around. 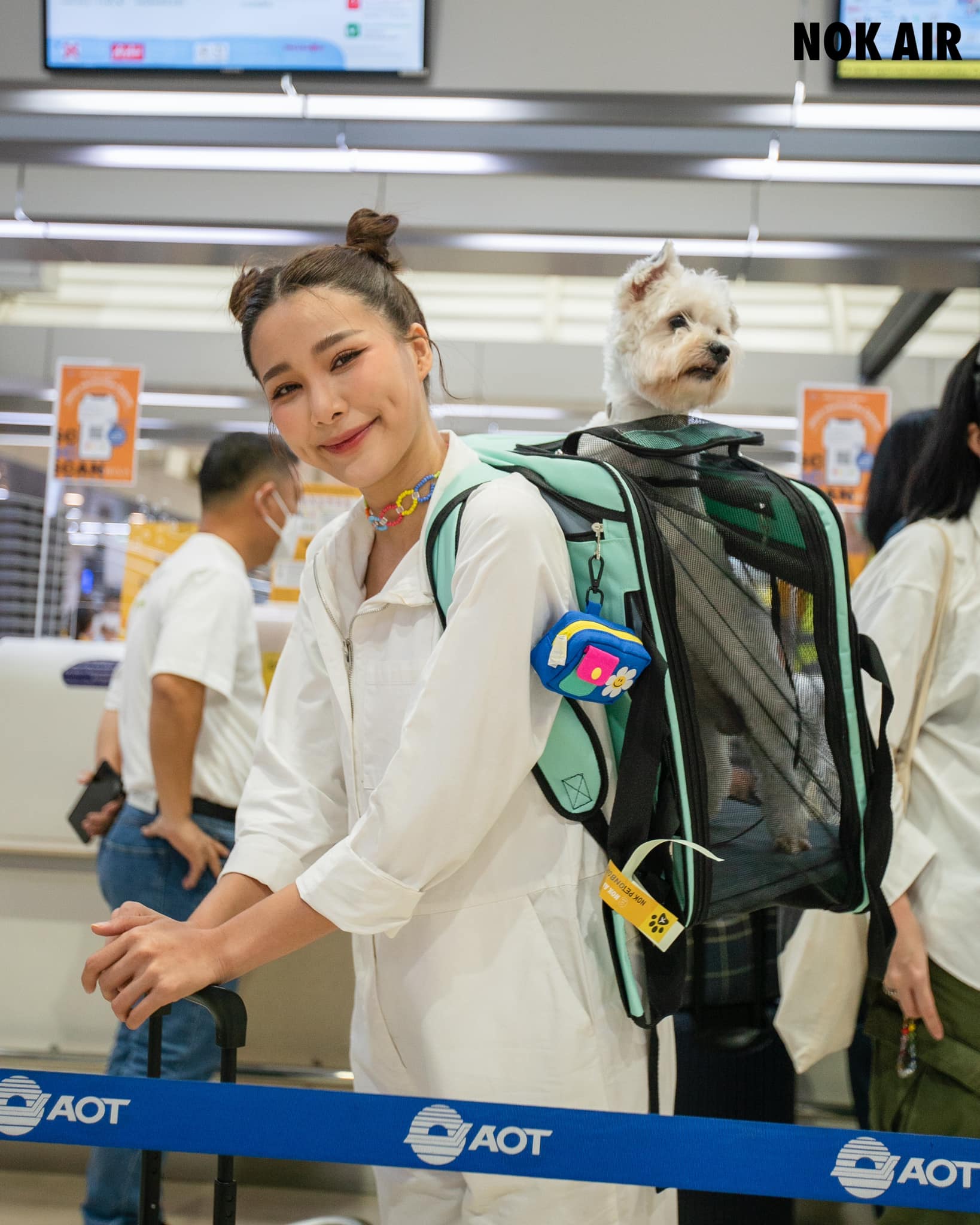 Tickets on the Pet on Board flight were priced at 12,999 TBH (S$504) for two passengers and a pet, according to Thai media outlet Thaiger.

Nok Air also gave out tickets for its Pet on Board flight by running a contest in July 2022.

Pets had to wear diapers

The pets were required to wear "ready-made diapers" throughout the journey, said Nok Air in response to a comment that the pets must have pooped while flying.

Nok Air also said the Pet on Board flights are currently only for dogs and cats, and that other pets such as birds (or "Nok", in Thai) cannot currently fly with their owners.

Pets not allowed on normal flights

Not everyone was enthused about the idea of pets travelling with passengers though.

One commenter said he would not be patronising the airline if he had to sit with dogs and cats.

Nok Air quickly responded that pets were not allowed on its typical flights, and that Pets On Board was a "special flight" that would not be available via the usual website booking channel.

The airline also said it would consider suggestions for more "Pet on Board" flights to different destinations.