[UPDATE on Sep. 1 at 6:05pm: This article has been updated with a statement from Prima Deli.]

A longtime customer of Prima Deli's Tampines Street 21 outlet was left disappointed after finding an unexpected ingredient on a cake he ordered for his wife's birthday — a slice of processed cheese.

Speaking to Mothership, the customer, Brian Tan, shared that he had been ordering cakes from the outlet for years, but never had such an experience.

The cake was ordered on Tuesday (Aug. 30) afternoon, for collection on Wednesday (Aug. 31).

The chosen flavour, Hazelnut Delight, was his favourite and "most ordered" cake.

Tan had indicated a request for the words "生日快乐" ("Happy Birthday" in Chinese) to be written on the cake, as he had done on previous occasions.

After collecting the cake, Tan found that the message had been written correctly, but was surprised to find that it was written on a slice of processed cheese.

He shared that previous cakes he had "faithfully ordered" over the years were written on white chocolate instead.

"My family was so annoyed with the slice cheese, that we immediately removed it," said Tan.

But they then found that the cheese was covering indentations in the cake, which led Tan to suspect that the decorative chocolate pieces could have been "removed to lay flat that ridiculous slice of cheese," Tan told Mothership. 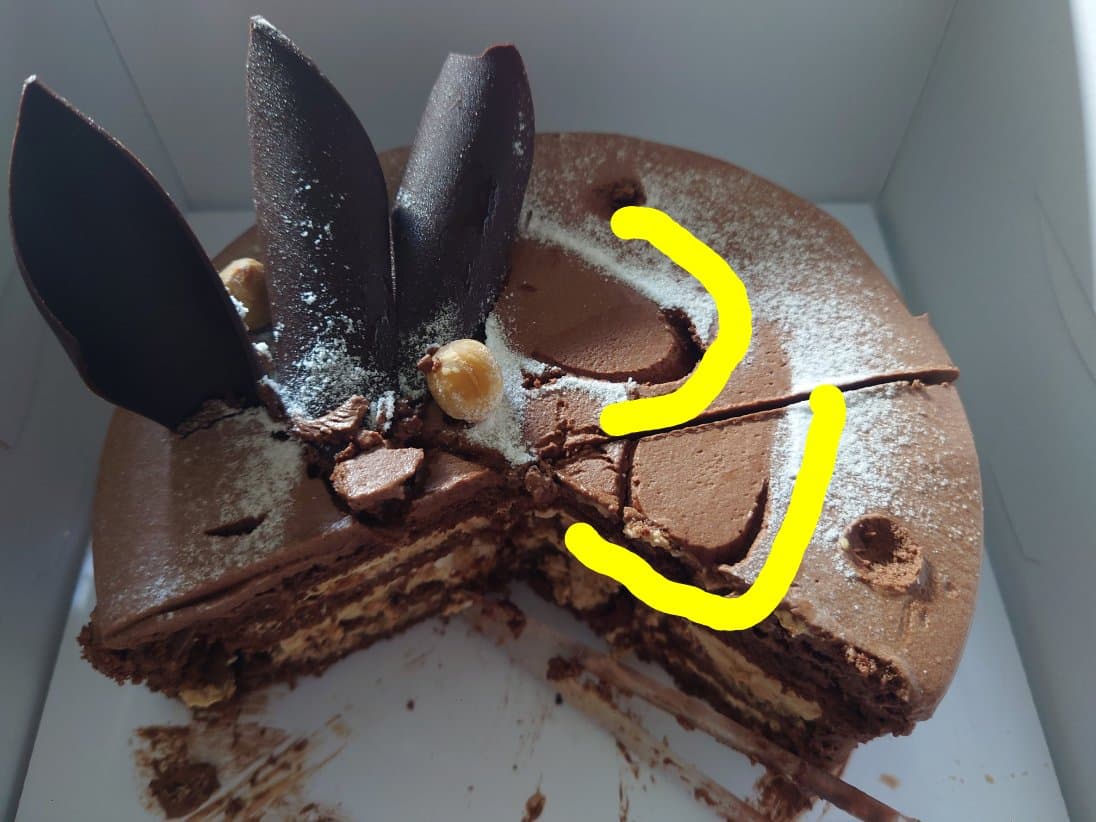 Here's what the cake looks like without a birthday greeting, from one of Tan's previous purchases: 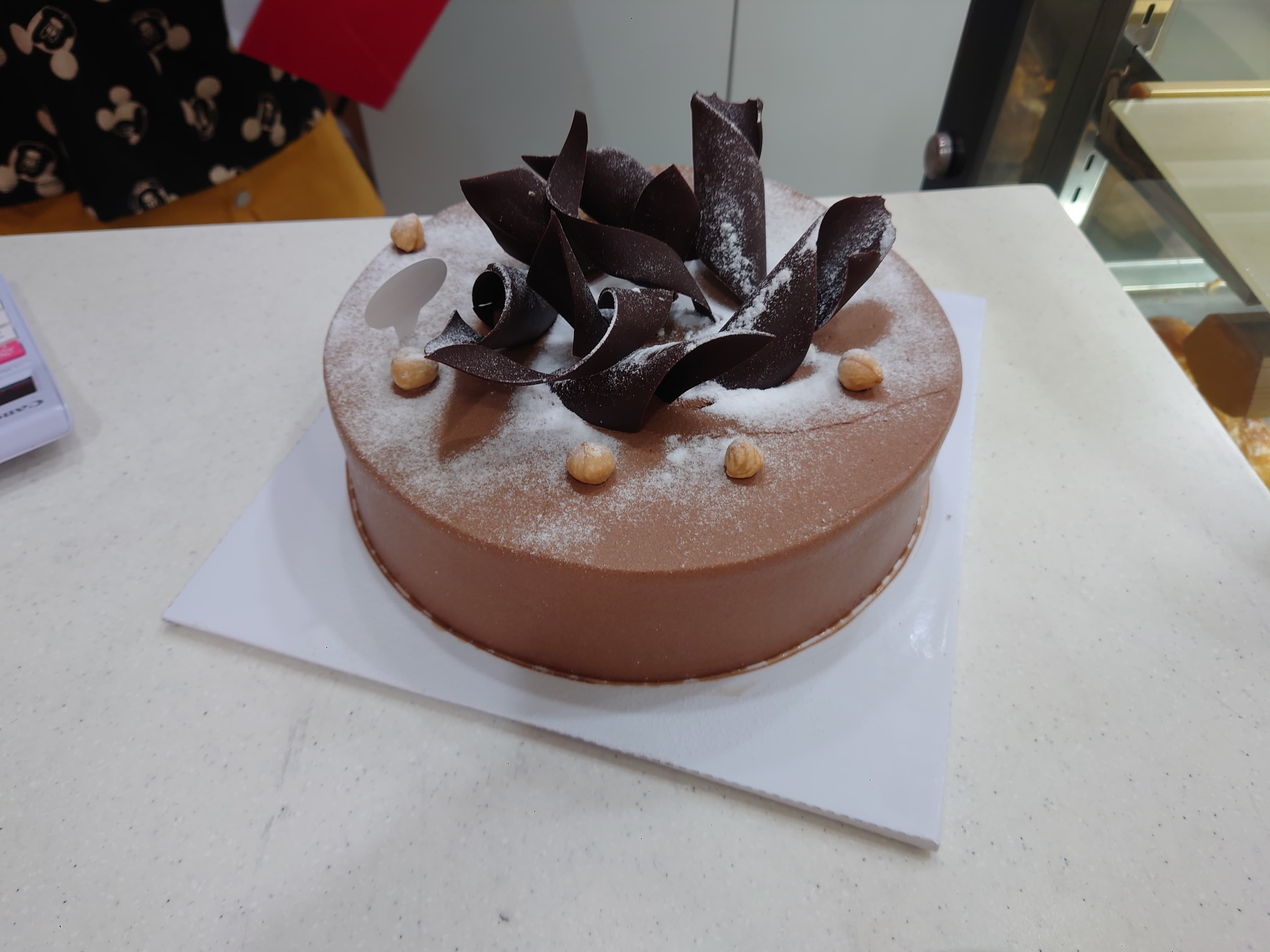 Disappointed, Tan said he has "never ever seen them doing such botched job on a cake."

He shared that he was not able to obtain a refund. "The staff even have the audacity to say it's normal," he said.

He was also not allowed to exchange the cake, as the outlet had no more cakes in the desired size.

Tan submitted a complaint on the Prima Deli website, and took to Facebook to warn other potential customers to "be careful when patronising" the outlet.

"All I know is this cake is an utter disappointment and my wife was very unhappy with it and I felt very bad that I had disappointed her."

Tan shared that Prima Deli contacted him on Sep. 1, and said it would investigate the matter.

He commended the representative for being "very genuine", and for offering to provide the next cake on the house.

However, Tan declined the offer, saying he never set out to get a free cake, but wanted to highlight "the dropping standard and service provided by one of their franchise" instead.

According to this Facebook page, the Tampines Street 21 outlet is run by one of Prima Deli's franchisees. 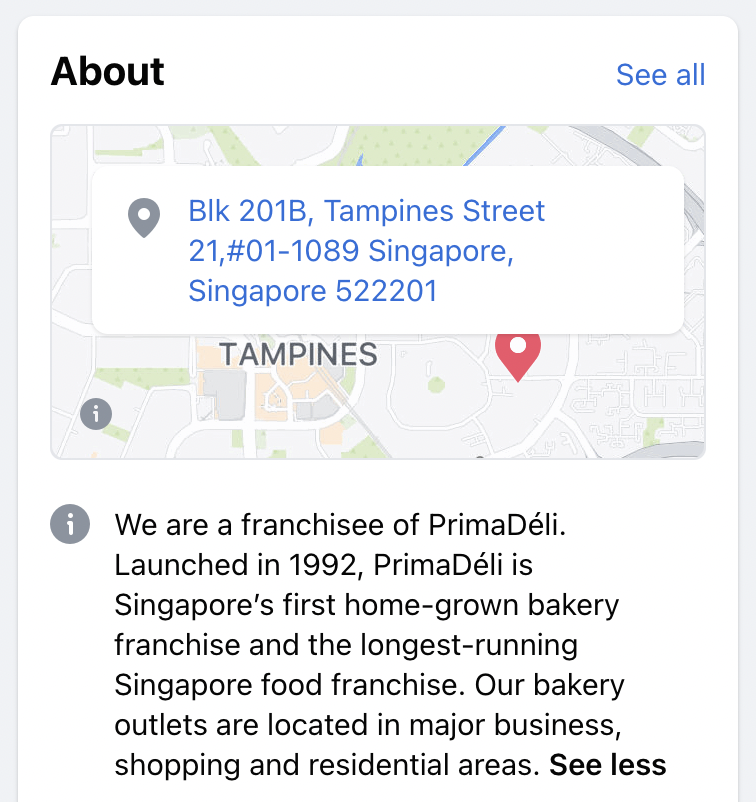 Mothership reached out to Prima Deli for a statement, and received the following response:

"We appreciate Brian’s feedback on this and apologise for the unpleasant experience that he, as a long-time supporter, went through. We are serious about ensuring that our customers do not encounter such unhappy situations moving forward. This incident is unacceptable. We have taken the franchisee to task, with a serious warning issued to the franchise outlet. We are also reiterating to all franchise owners and their outlet staff on proper operating procedures and service delivery standards so that this does not happen again, and customers can continue to have positive experiences with us."