The pound hit another historic low against the Singapore dollar when markets opened on Sep. 26, 2022. 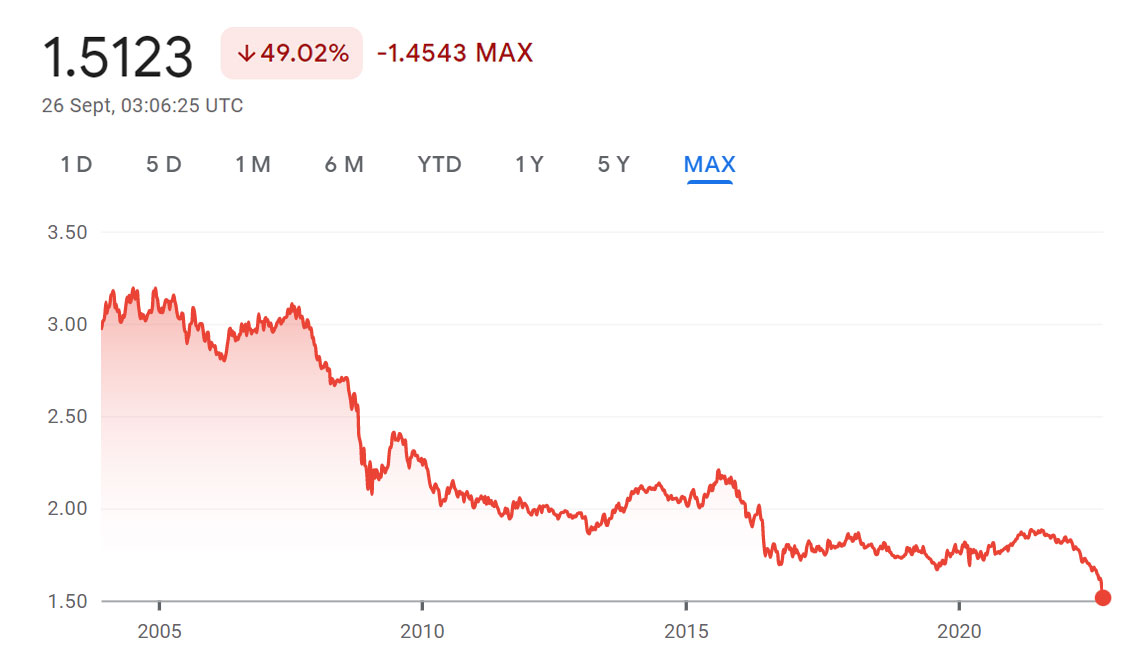 The exchange rate of £1 to S$1.483 was recorded on Monday morning, before recovering slightly. 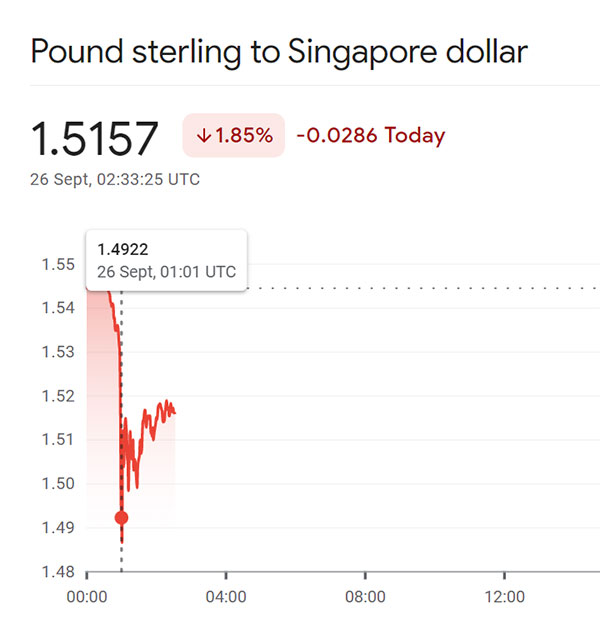 Overall, the pound has fallen 18.55 per cent against the Singapore dollar in the past 12 months, in tandem with the pound weakening against the U.S. dollar.

The pound has fallen by more than 49 per cent against the Singapore dollar over the last 15 years.

Pound weakens against US dollar further

This is the first time the pound had fallen below the US$1.14 mark in nearly four decades.

BBC reported that the pound fell by more than 4 per cent on Monday alone in early Asia trade to US$1.0327, before regaining some ground to around US$1.05.

The pound has also already been under pressure as the dollar has been boosted by the U.S. central bank continuing to raise interest rates.