A 28-year-old man riding a power-assisted bicycle (PAB) passed away after he was involved in an accident with a car along Choa Chu Kang Avenue 1 on Sep. 27.

The police said they were alerted to the accident at 11:23pm.

The PAB user was conveyed unconscious to the hospital and subsequently passed away.

A woman and two men, aged 32 to 36, were arrested for careless driving causing death and drink driving. 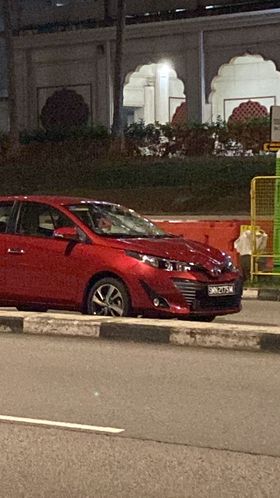 In response to Mothership's queries, the SCDF said it was alerted to a road traffic accident near Block 130 Choa Chu Kang Avenue 1 at about 11:25pm on Sep. 27.

All photos via Mothership reader.