A man was caught on CCTV camera swiping fruits off a neighbour's altar along a HDB corridor in Singapore.

The video was posted on Facebook page "SG Chinese Community", but did not reveal the location of the incident.

A CCTV outside a resident's door captured the man walking by on Sep. 11, when he spots some apples sitting unassumingly on an altar beside the door.

Seemingly on the spur of the moment, the man picks up an apple, before gesturing in what appears to be a small, silent prayer. 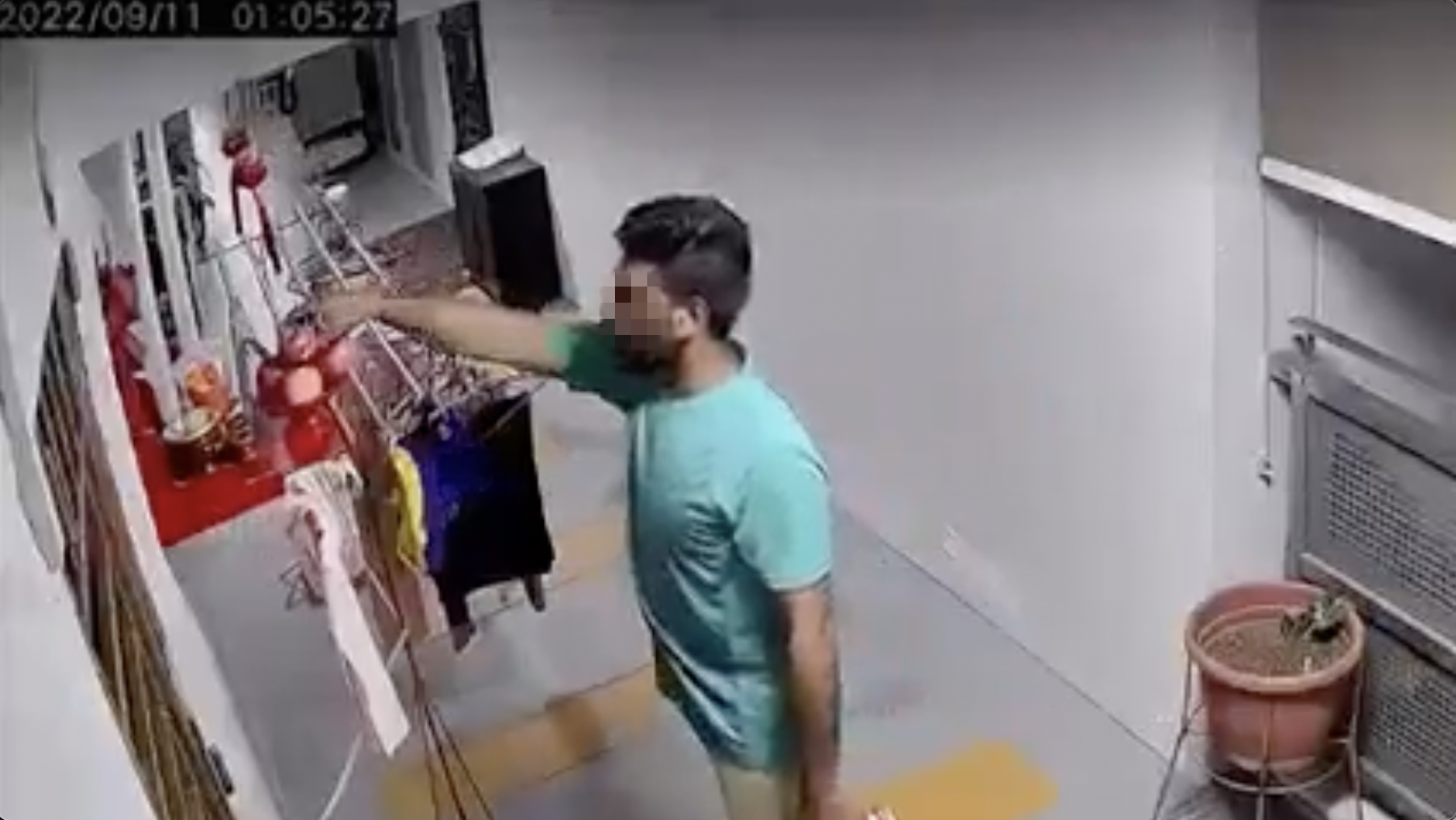 He then walks off. The video then cuts to the same man walking back to the altar.

He presses his palms together in another prayer, before absconding with the remaining four apples on the altar, leaving the platter empty. 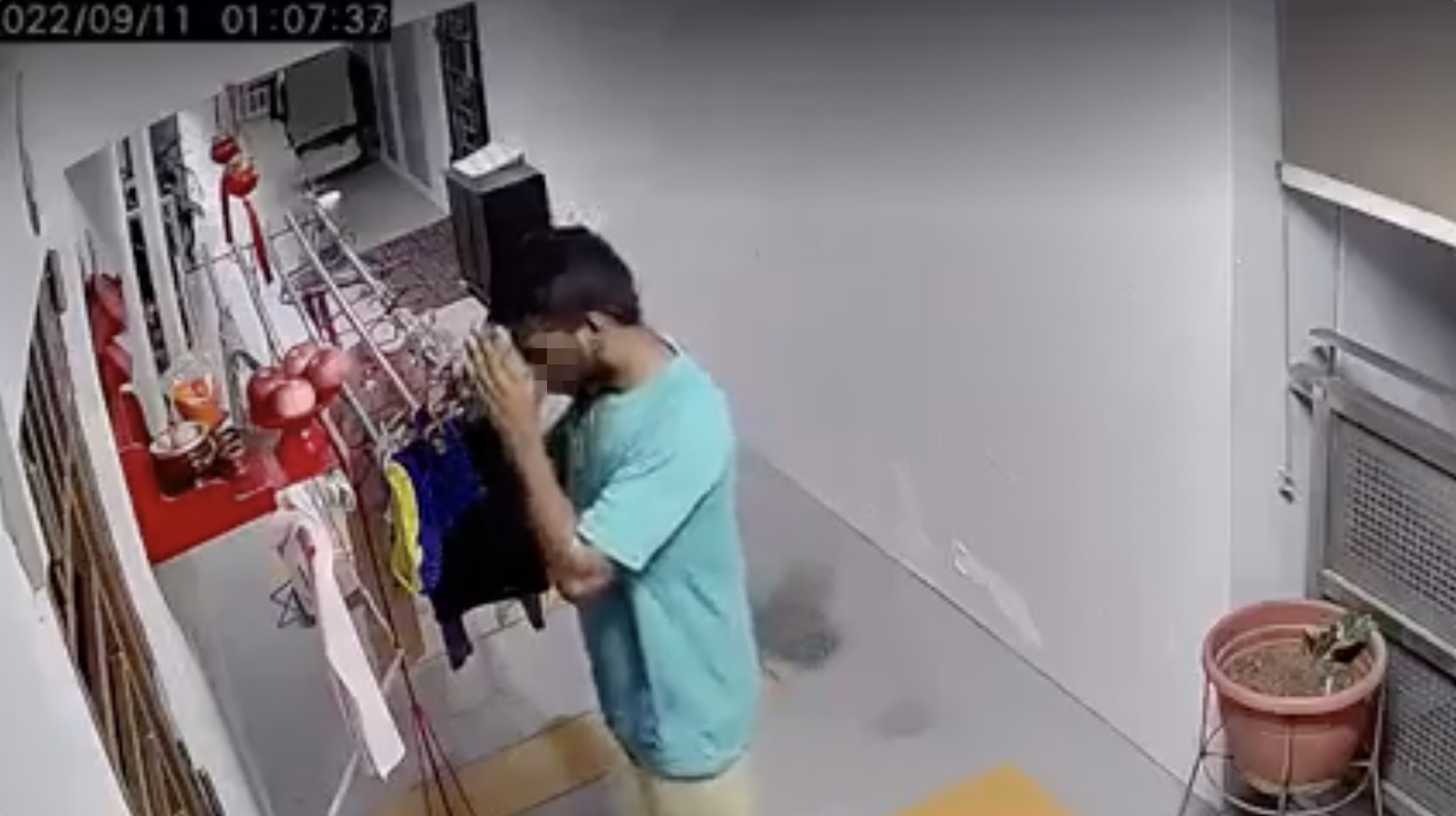 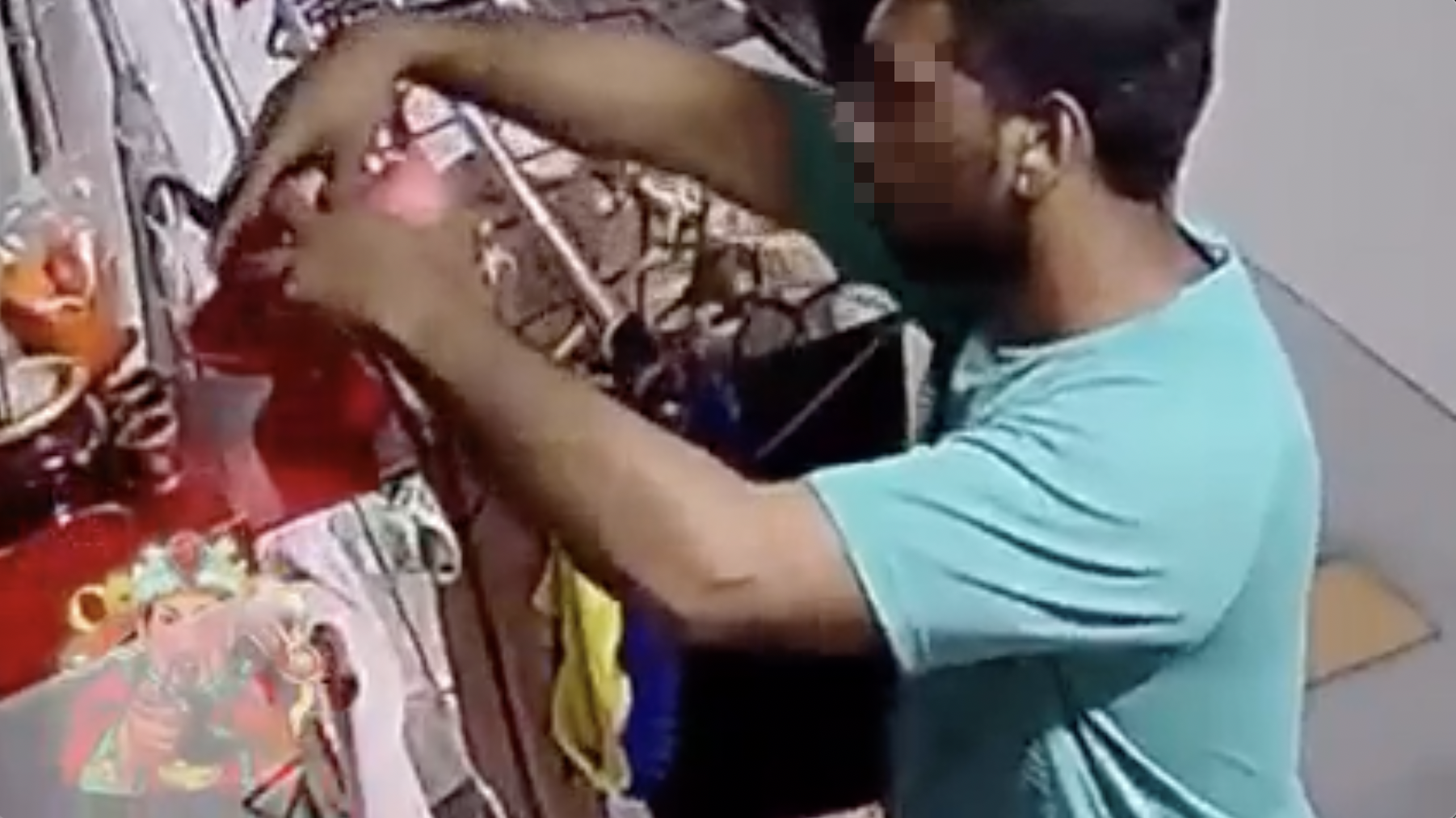 Netizens were overwhelmingly sympathetic to the man, stating in the comments section that at least the man had the decency to pray before stealing the fruits.

"Even though he is of a different race, he understands that the fruits have been blessed, and eating them will bring him blessings, he also knows to pray before taking them."

"Alms giving is a blessing, you let others eat the fruit, you'll also receive blessings in return. Maybe he has financial difficulties, so just let it go. You'll be blessed."

"Having someone eat (the fruits) is better than (the fruits) being left at the altar and no one eating them. Bring about peace and prosperity both through prayers and eating them. It's something to rejoice about."