A simple trip to the beach turned into a touching and emotional episode for a couple after they saved a man who'd fallen into the ocean.

According to TikTok user Queen Lexinda Royupa, who documented the incident in a clip, the 74-year-old man had been trying to honour the memory of his wife at Changi Beach on the morning of Sep. 13.

@queenlexinda to Uncle - get well soon and we are glad to help you today. 🥹 #tiktoksg ♬ Heaven Knows (This Angel Has Flown) [2004 Demo Sessions] - Orange & Lemons

In the process, he slipped while on a breakwater, fell into the water, and hit his head on the rocks.

Having witnessed the incident, Ruyopa and her husband rushed to help the man.

"He kept saying: 'Thank you to both of you. I might [have] drown[ed] if you weren't here,'" wrote Royupa in her TikTok video.

The 27-year-old and her husband tended to the elderly man's wounds, which included scratches on his head, arms, and legs.

Speaking to Mothership, Royupa said they also offered to bring him to the hospital and get him a taxi home, though the 74-year-old man declined.

"I asked him why he went down so fast," wrote Royupa, who added that the couple stayed and spoke with the man until he felt better.

The man's purpose for travelling to Changi Beach was so touching to Royupa that she started tearing up.

"Aside from that, he even showed the picture of his wife, and that made me cry even more," she said.

The man eventually asked Royupa and her husband if they would do the honours of throwing the flowers in the ocean, which they did. 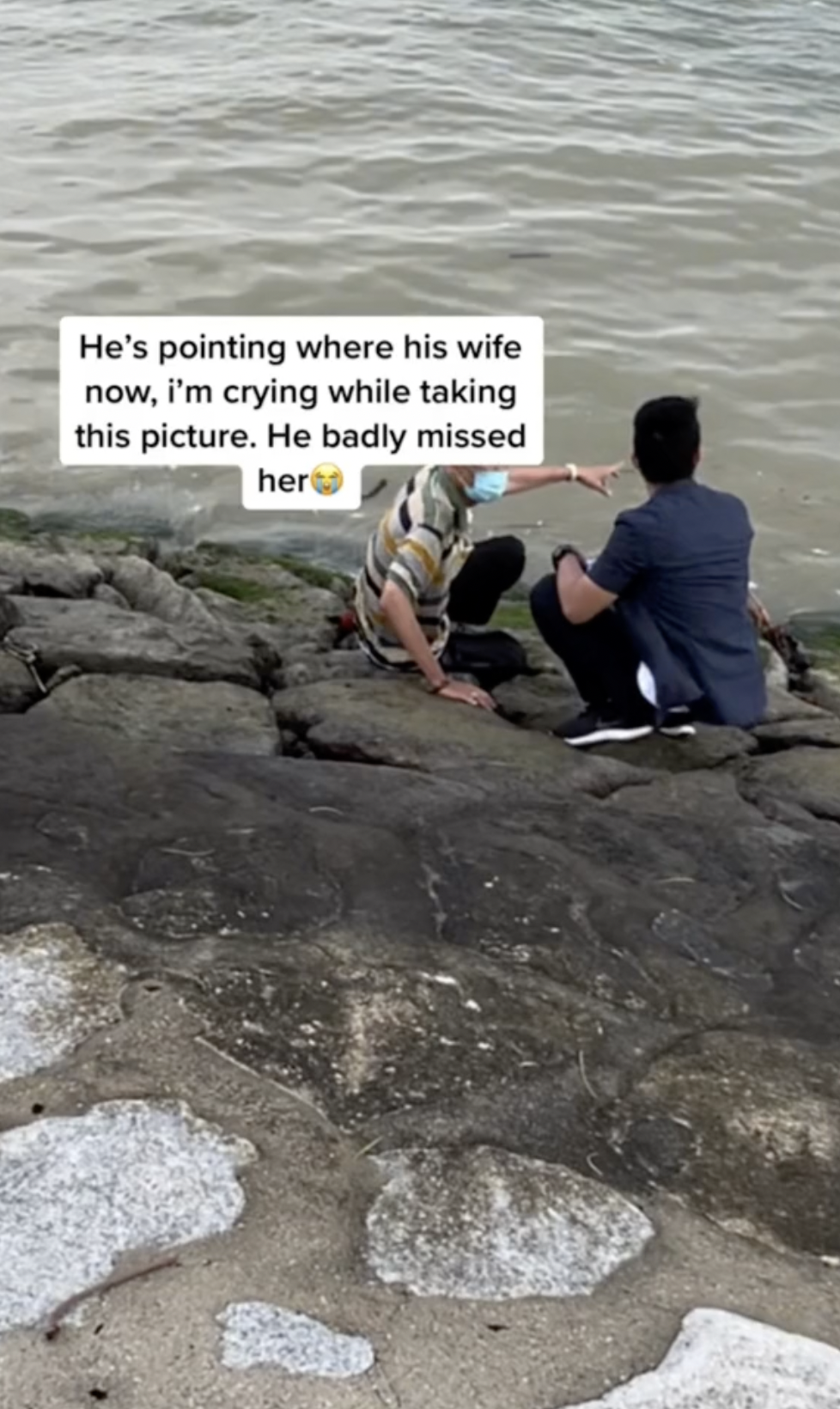 "I could feel the love though he hasn’t been with his wife for 10 years," Royupa recounted to Mothership.