Beleaguered cryptocurrency developer Do Kwon has denied that he is in hiding despite being the subject of a red Interpol notice.

Interpol issues such notices as a request to law enforcement worldwide to locate and provisionally arrest fugitives. 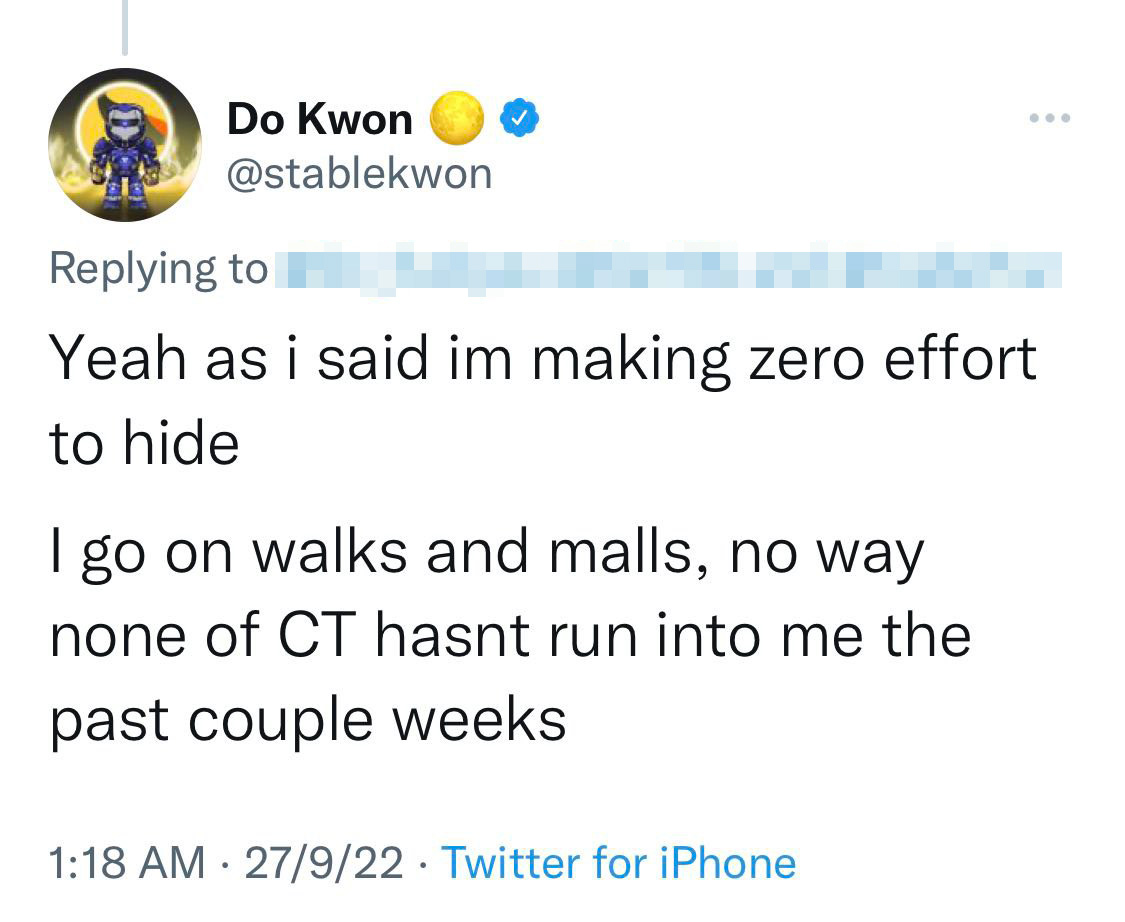 This followed another series of tweets from Sep. 18 where Kwon said that he was not on the run:

"For any government agency that has shown interest to communicate, we are in full cooperation and we don’t have anything to hide."

"We are in the process of defending ourselves in multiple jurisdictions — we have held ourselves to an extremely high bar of integrity, and look forward to clarifying the truth over the next few months," he wrote. 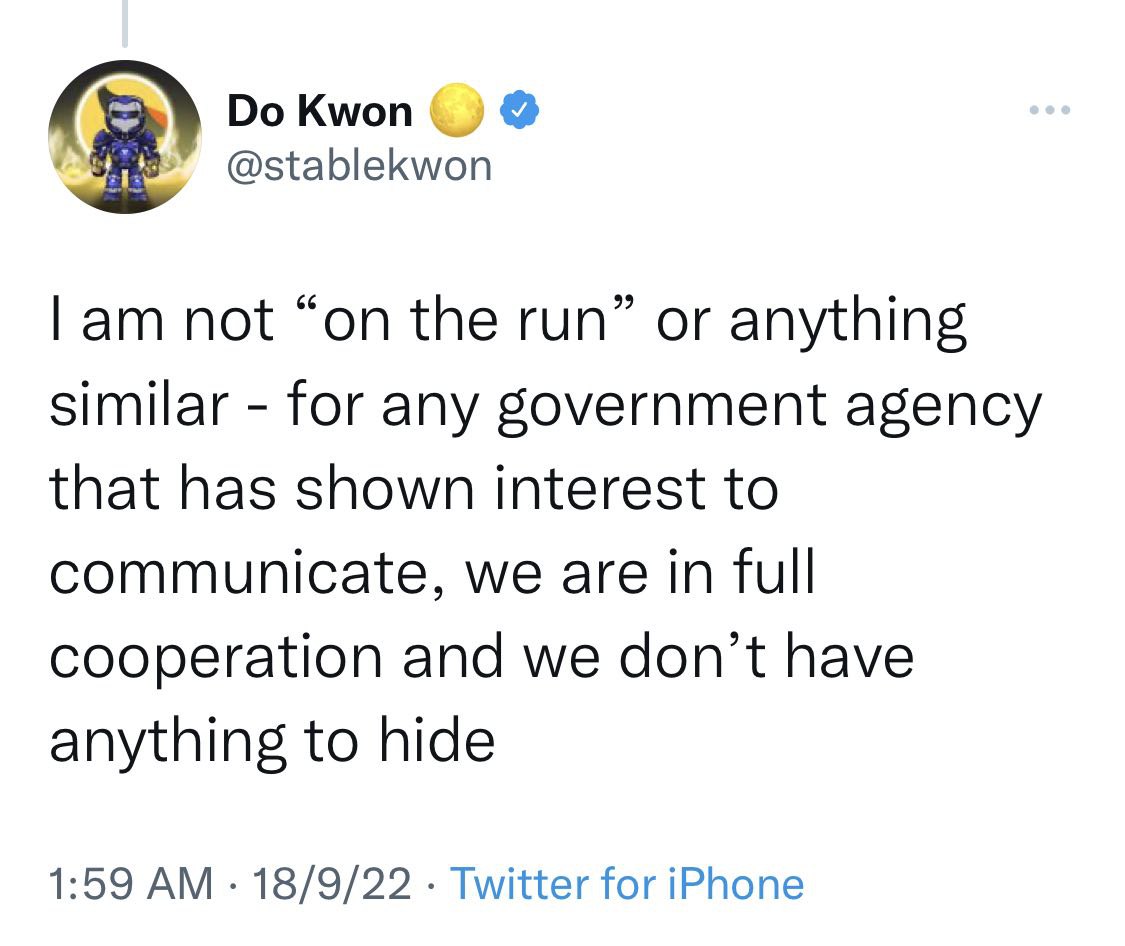 Responding to Kwon's tweet, prosecutors in South Korea said that he was "obviously on the run" and refuted his claims of cooperation with the investigation, reported Yonhap News.

According to BBC, South Korean authorities issued a warrant for Kwon's arrest earlier in September 2022.

However, Kwon had left Korea for Singapore — where his company, Terraform Labs, was based — in May.

Authorities said that Kwon had since left the island-state, and South Korean prosecutors have now asked Interpol to place him on their red notice list.

They have also asked the foreign ministry in Seoul to revoke his passport.

The New York Times reported that Kwon was wanted by investigators after the collapse of his cryptocurrencies, Luna and TerraUSD.

Their plummeting values contributed to the crypto-market crashing in May and sparked allegations that Kwon and his company were evading tax and had committed fraud.