A tourist from Thailand got detained by Singapore immigration officers at Changi Airport after he did not declare he was carrying over S$23,000 in cash.

Travellers are required to declare to Singapore immigration if they are bringing in or taking out more than S$20,000 in cash.

The Thai TikTok star, who goes by the name Sungstarwin, put up a video on Sep. 10 of him being stopped and detained.

It has been viewed close to 10 million times.

The star has 2.4 million followers on TikTok, and 2 million subscribers on YouTube.

According to the video, what led to his troubles with immigration was the result of his prank that had gone wrong.

In the clip, he said he had offered to exchange Thai baht to Singapore dollars for his five other friends who were travelling with him to Singapore.

His plan, he said, was to bring the Singapore dollars with him into Singapore, and then charge his friends a higher exchange rate for the cash.

But Sungstarwin ended up being led away by immigration officer to a separate area for questioning when he landed.

An officer was seen holding on to what appeared to have been the Thai man's passport. 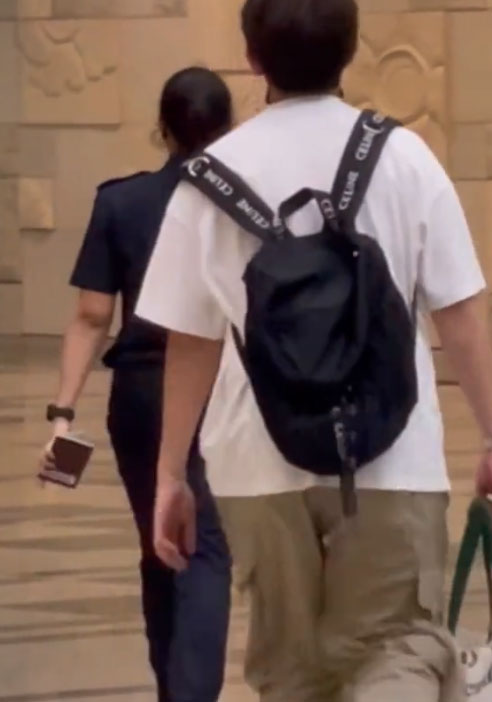 He also said the white bag that belonged to his girlfriend, which he was holding, contained about 100,000 baht worth of currency.

But nothing major came out of his short detention.

The group eventually went on their way and they did not face further trouble.

Was unaware of currency declaration

In response to comments on the TikTok, Sungstarwin said he was not aware about the rule regarding declaring large amounts of cash when travelling into the country.

He also claimed he might have been asleep on the plane and did not hear the announcement on the flight regarding declaring large sums of money upon arrival.

Other countries, such as the United States, have similar laws against bringing in large sums of money to prevent illegal activity, such as money laundering.