Maroon 5 singer Adam Levine is on the radar for allegedly cheating on his wife with an Instagram model.

Addressing the allegations, Levine posted an Instagram Story claiming that he "did not have an affair", but admitted to having "crossed the line".

The singer added that he takes "full responsibility" and have taken steps to remedy it with his family. 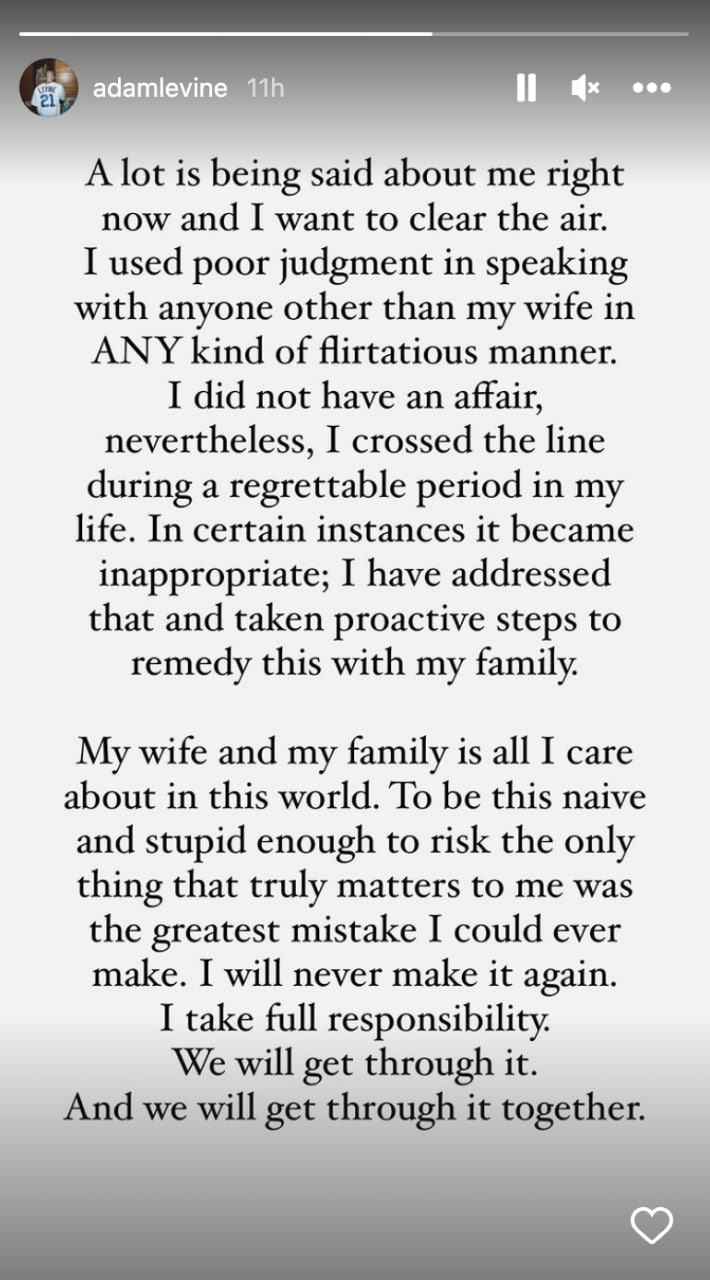 After Levine's Instagram Story, Sumner Stroh, the woman who claimed to have a year-long affair with Levine, posted a cryptic post that said: "Someone get this man a dictionary." 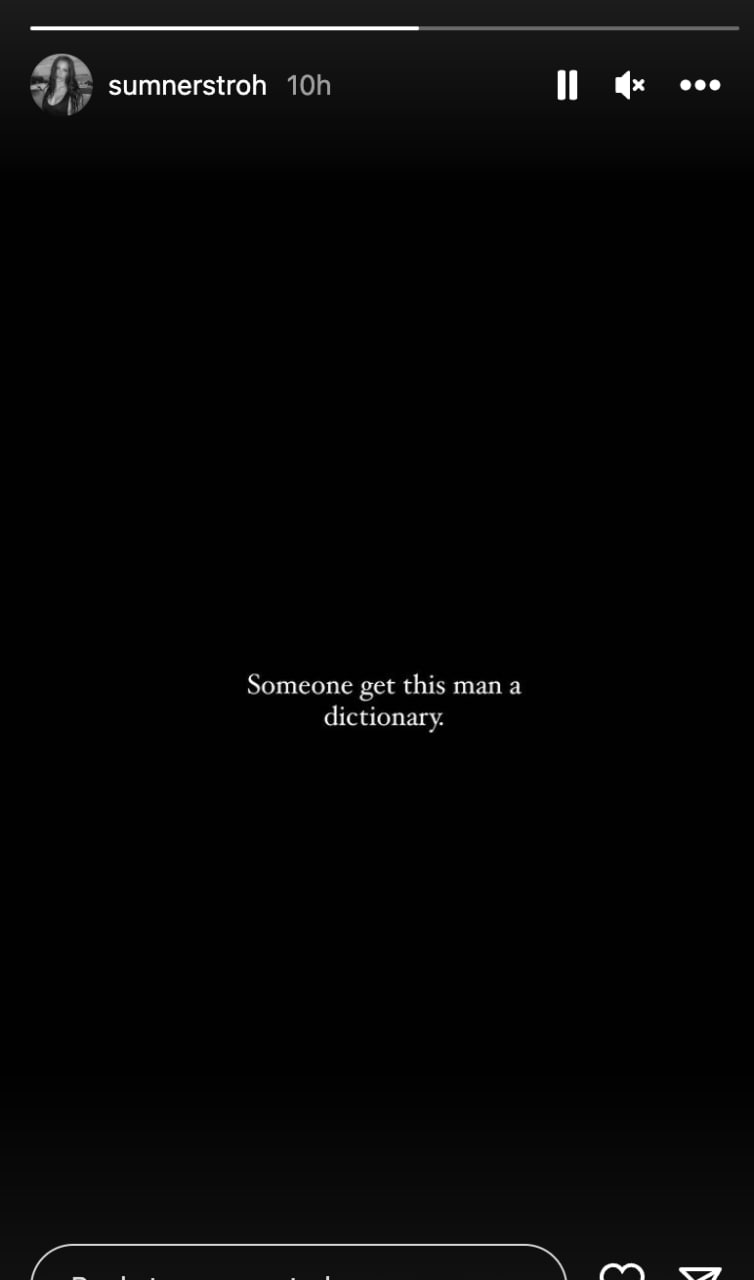 The news of the alleged affair surfaced when Stroh posted a TikTok exposing direct message conversations between her and the frontman.

@sumnerstroh embarrassed I was involved w a man with this utter lack of remorse and respect. #greenscreen ♬ original sound - Sumner Stroh

After Stroh's TikTok went viral, at least two other women have come forward to share similar experiences with Levine.

In a now-deleted TikTok video by influencer Alyson Rosef, she shared a screenshot of a supposed conversation with Levine where he replied: "I shouldn't be talking to you you know that right?"

In a report by Page Six, he also apparently told her that she's got him "hooked".

Another woman who goes by Maryka also allegedly received messages from the singer, asking her to distract herself by "f*****g" him.

Levine, 43, has been married to former Victoria's Secret angel Behati Prinsloo, 34, since 2014.

They have two children together and are currently expecting their third child.