A woman in Singapore, known only as Huiyu, has designed her flat for her cats to roam around freely and even has a "nursing room" for felines that are unwell.

She shared about her cats and how her house provides a conducive space for them in a series of videos on TikTok by Encounter Singapore.

Currently a pawrent of four 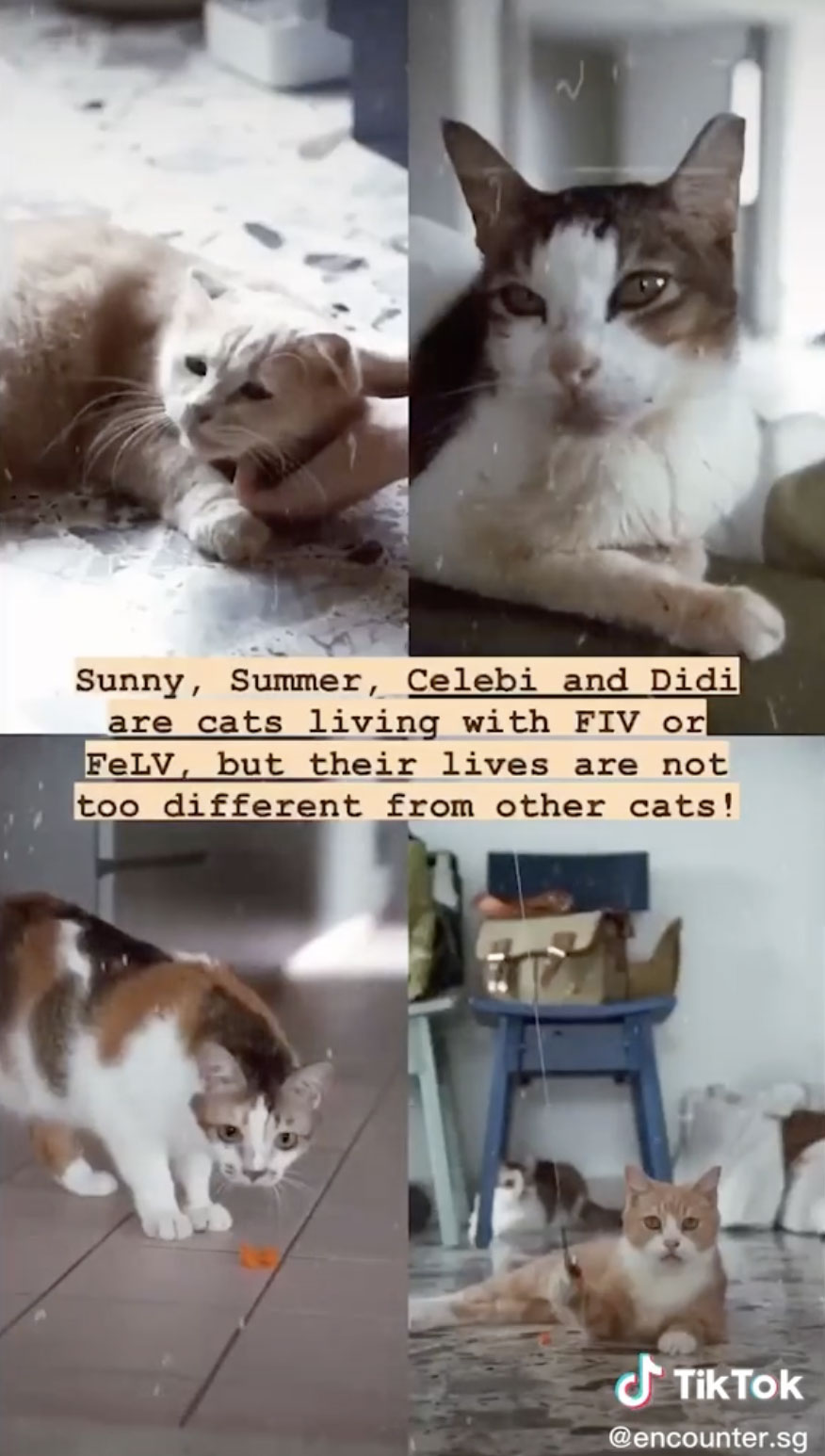 FeLV is a form of leukaemia and can also cause a variety of diseases as it invades various cells of the cat's immune system and blood-forming tissues.

She works with the group, Keep Cats, a privately run shelter which rescues, fosters and helps cats to be adopted.

Huiyu said the group was started by an elderly lady who began fostering cats in her home.

Soon, volunteers stepped in to help.

When Huiyu paid a visit to the fosterer's home, she found that some of the cats were suffering from FeLV and FIV and were not getting adopted.

After some research, she learnt that it was so as these cats were more prone to getting sick and required more care, such as needing subcutaneous fluid, which helps to prevent dehydration, to be administered.

Huiyu also added that these cats should "preferably" be given "higher quality" food so that they get sick less.

But that didn't stop Huiyu from housing them and even designing her apartment to accommodate their needs.

She shared: "I decided to adopt the FeLV cats who have been stuck at the house for quite long."

In the video, she said three of them are "permanent residents" in her home and she is also fostering one at the moment.

She added that some of her cats are generally healthy even though they are FeLV or FIV positive.

But one of her cats, Didi, had chronic diarrhoea when he was stuck at the shelter and needs more care.

Huiyu said she might house and nurse more unwell cats in the future.

Home specially designed for the cats

Huiyu gave a tour of her home.

Her front gate has metal mesh on its bottom half to prevent the cats from climbing and escaping. The living room area is a large open space after the walls between rooms were hacked to allow the cats more space to roam.

Even her bathroom is designed to allow the cats to roam freely.

She combined two toilets so that the cats can run through them to access her bedroom, the living space and the backyard.

Since the cats have poor immune systems, she dedicated a part of her home to isolating the cats when they are unwell.

She installed glass sliding doors to separate the sick cats so that the other cats do not get infected. 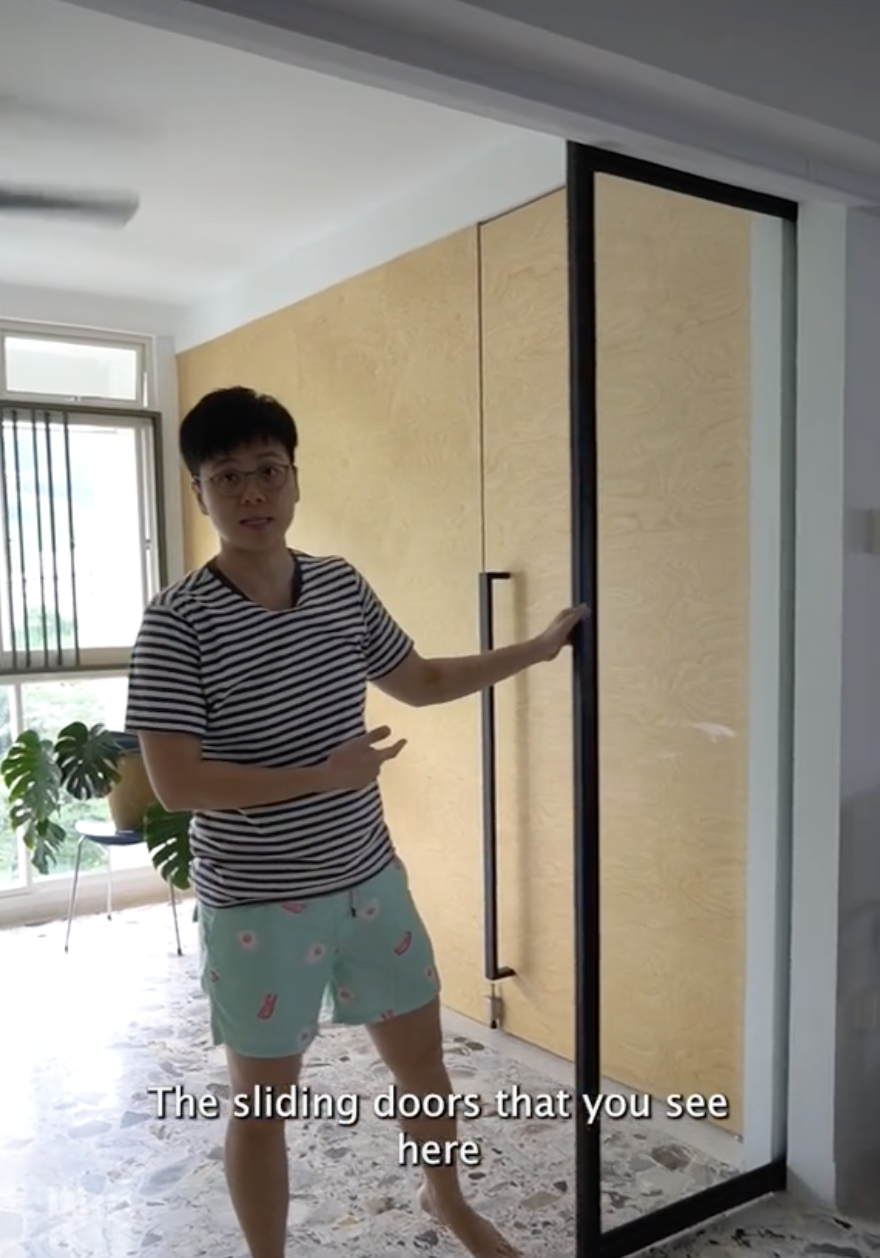 If the cats are very sickly and should not move around too much, she'll place them in cages at the side.

A small pink square door, which is a cat door, leads to her bedroom. 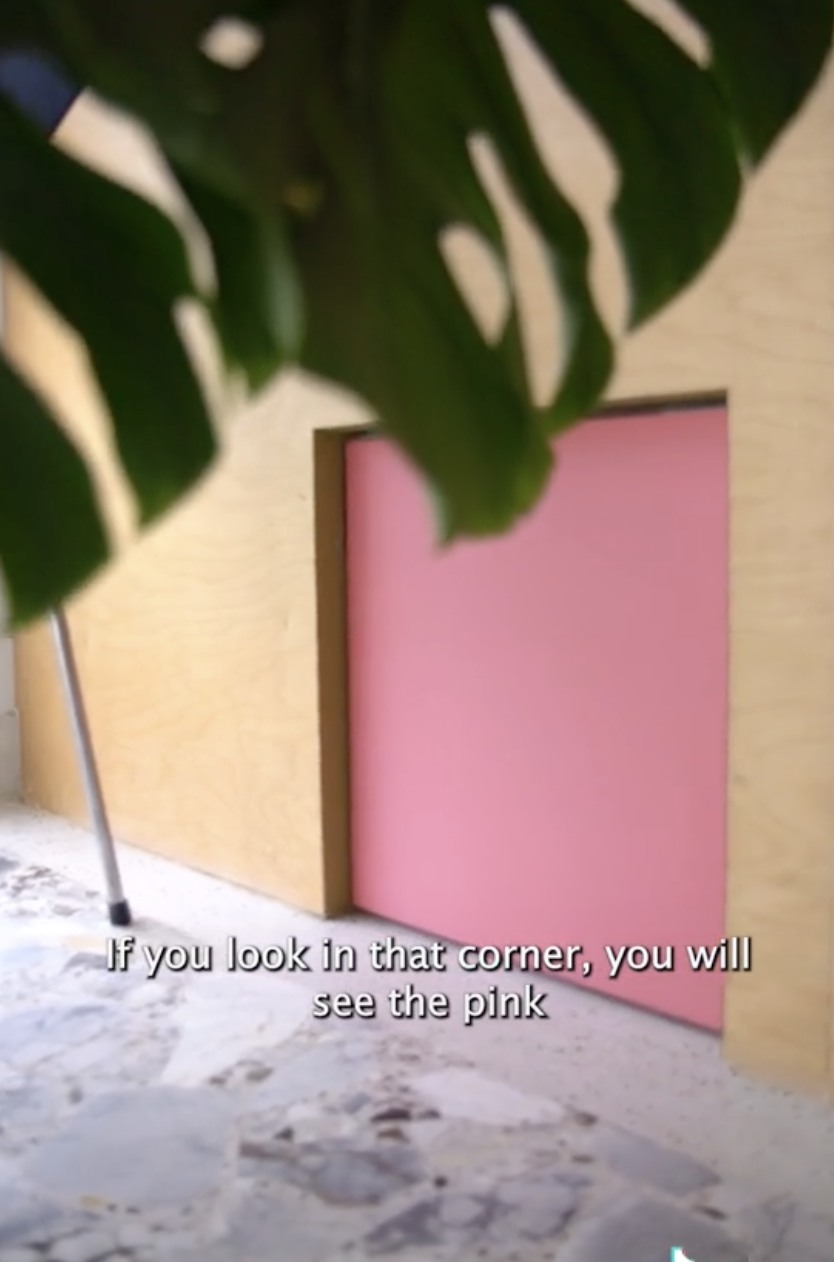 "I wanted my cats to have the access, or the freedom to go in and out of my room and not disturb my sleep."

There is also a latch with a lock on that door for times she doesn't want the cats to go in.

Regarding adopting a FeLV-positive kitten, Huiyu said "their lifespans could be a lot shorter".

She had a FeLV-positive that passed on when it was only four.

The average lifespan for domestic cats is about 12 to 14 years.

But she thinks that adopters who have the "capacity in (their) house, in (their) hearts" can consider bringing them home or else they would just be stuck in shelters.

You can find out more about cats put up for adoption here.