The developer for Dota 2 recently announced that Singapore will play host to the game's annual world championship tournament, The International 11 (TI11).

The tournament will take place from Oct. 20 to 30, featuring the world's top 16 Dota 2 teams competing in several playoff rounds before advancing to the finals, which will be held at the Singapore Indoor Stadium.

Tickets cost S$88 for a single day of the Playoff Rounds at Suntec, while tickets for the Grand Finals at the stadium cost S$498 for two days.

A limit of five tickets per day, per person, was imposed.

However, the tickets were apparently sold out within an hour of the website going live, with some angry fans pinning the blame on scalpers.

Scalpers have since taken to Carousell to sell their wares, which have been marked up to exorbitant prices.

One scalper was selling two tickets for the finals at S$5,500 each, which is around 11 times the original price.

Another scalper, selling tickets for S$1,700, claimed he had managed to snap up 60 tickets. 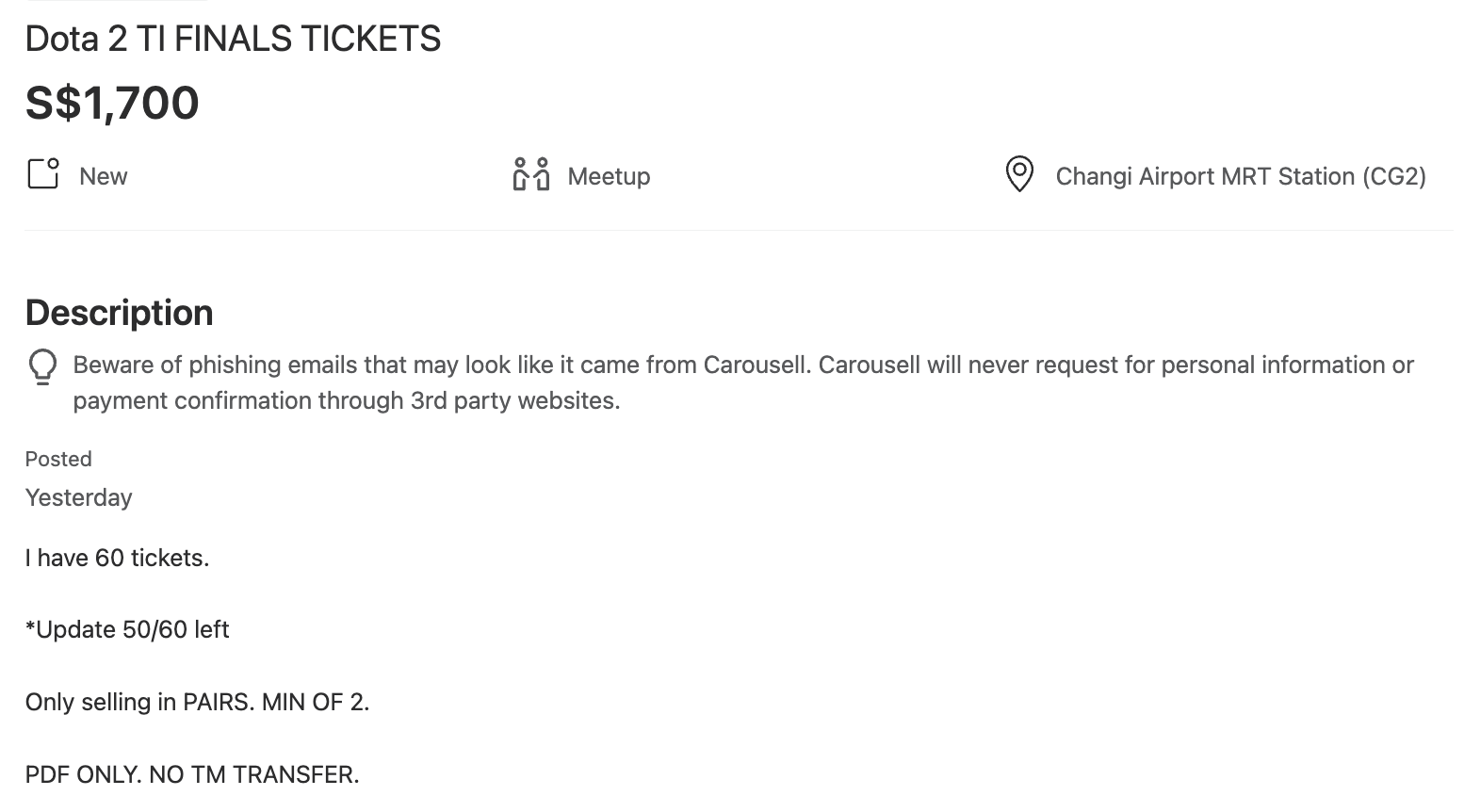 Some Dota 2 fans eagerly awaiting the tournament were disappointed at how fast the tickets were sold out.

One Redditor said they were "so damn excited", and had been saving up to travel to Singapore to watch the tournament.

Despite "struggling financially for the last several years", it was easier for them to attend the tournament as it will be held in Southeast Asia this time, compared to in Europe in the past.

"Sorry to sound so melodramatic, but this was a big deal to me. I've only travelled outside my country once before, and this would have been my first time travelling solo. Dota 2 is such a big part of my life, and going to TI is top of my bucket list.

Guess it's staying on that list for a bit longer."

In response, another Redditor commented that they had already purchased plane tickets, which were non-refundable, but were unable to get tickets to the event.

Others sympathised with the Redditor, sharing similar plights.