A man has managed to take clear and stunning images of Saturn and its ring from Singapore.

Photos of the sixth planet from the sun in the solar system were put up in the CloudSpotting & SkySpotting Singapore Facebook page.

According to the post, a S$4,500 telescope and S$300 planetary imaging camera, plus other equipment, as well as image processing software were utilised to shoot and process the shots.

According to information on celestial movements found online, Saturn was highest in the sky on Aug. 14.

But it will remain highly visible till Aug. 21 and can be viewed clearly from Singapore with the naked eye and binoculars.

Saturn will appear when it rises above the horizon after 7pm each evening throughout the week, and disappear after 7am.

The planet's visibility is due to it approaching opposition, which peaked on Sunday.

Opposition occurs when the planet is on exactly the opposite side of Earth from the sun.

Saturn can be located near Delta Capricorni in the faint constellation of Capricornus. 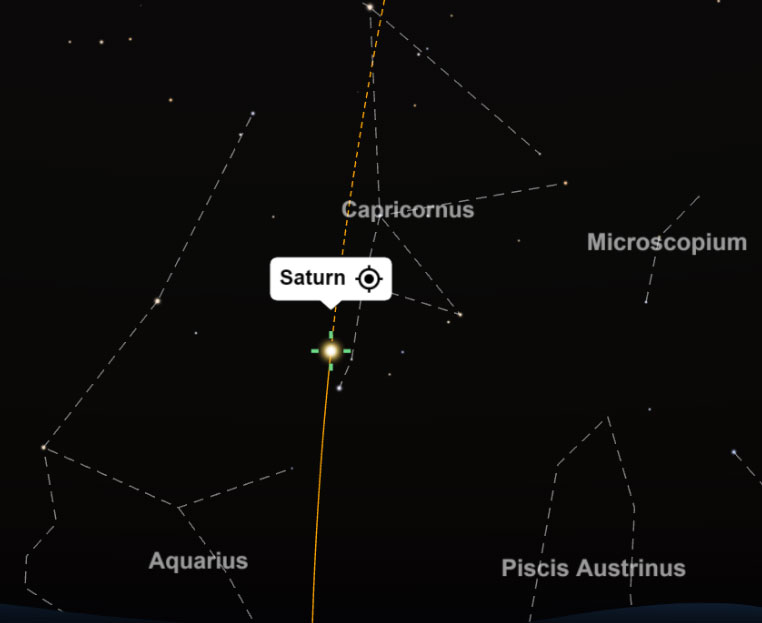 The planet’s rings can be viewed through a telescope.

The rings will appear tilted at 13.9 degrees relative to Earth.

Saturn’s largest moon, Titan, will also be visible with a telescope around this time.

Saturn comes into opposition roughly once a year and can be seen from Earth at approximately the same place each year.

Saturn will be at its closest to Earth for 2022, at a mere 132.6 billion km, or about 73 light minutes, or fewer than nine times the mean distance from the Earth to the sun.