A community cat in Jurong West was seen constricted to death by a python.

Two photos put up on Facebook showed the python wrapped around the tabby cat, and its lifeless body in the aftermath of the incident. 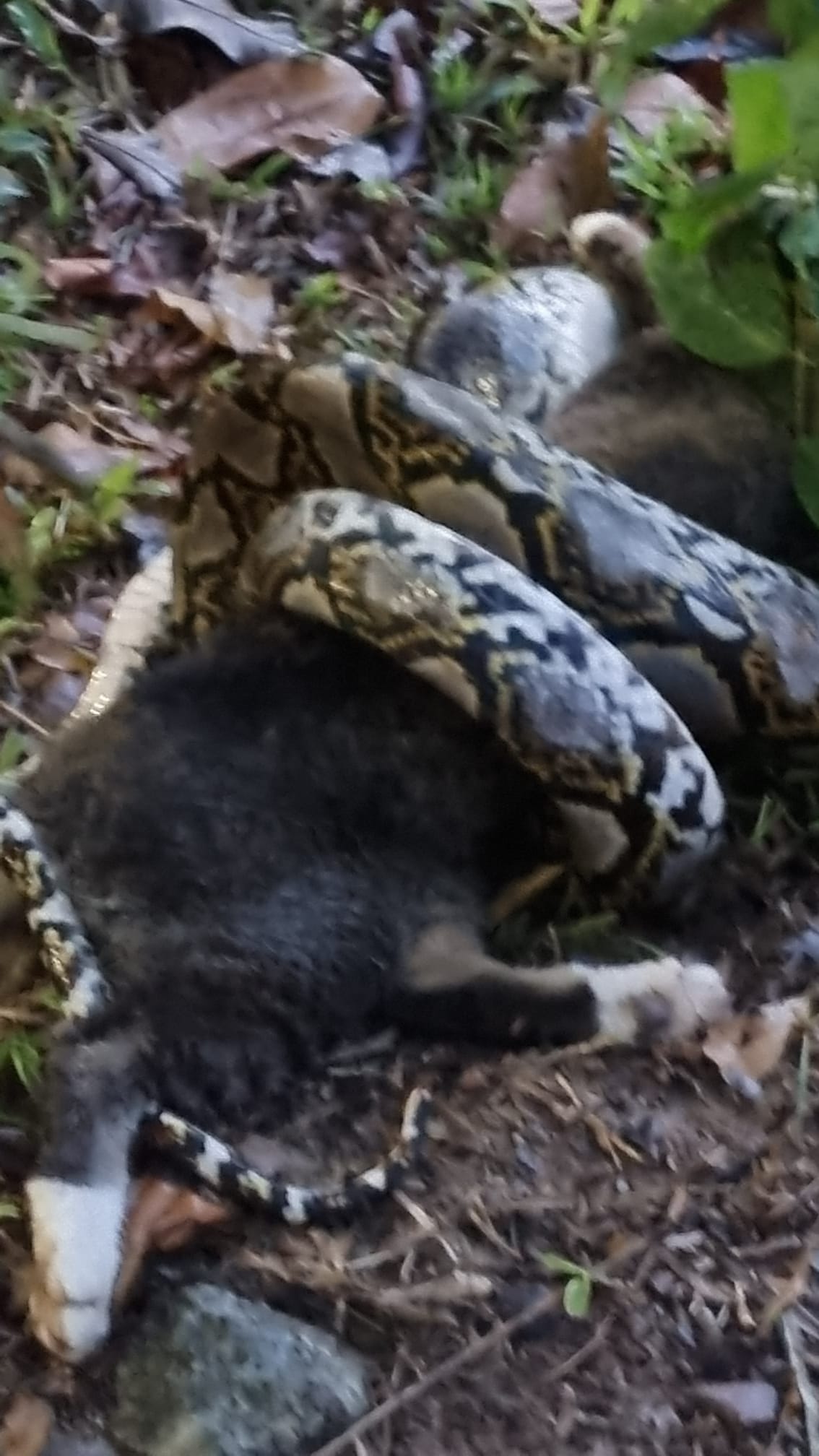 The caption of the post indicated that the incident took place somewhere in the vicinity of Blocks 490 to 499 Jurong West.

The discussions centred around those who felt angry that a community cat was preyed upon, and those who sided with wildlife and their need to survive in a concrete jungle.

Those who were angry that a community cat was killed by a snake said they would have harmed the reptile if they were in the vicinity.

This elicited a strong response from those who argued that the snake caught a prey only because it needed to consume food, and led to the calling out of the biases of those who only like cats at the exclusion of all other animals.

The photo of the carcass of the cat being left behind intact indicated that the python was deprived of a meal as human intervention likely took place.

A python was previously seen consuming a cat in Jurong West in November 2018.

The issue of human intervention depriving pythons of their meals was previously highlighted before as nature was prevented from running its course.

Background on pythons in Singapore

Reticulated pythons are native to Singapore and they have adapted well to the urban areas.

Pythons prey on smaller animals such as rats, and sometimes even cats.

Previously, wildlife rescue group Acres explained that the curious nature of cats may make them an easy target if they got close to the snake.

While incidents of community cats being eaten up by pythons have saddened residents, both animals are part of the ecosystem in this urban city.

"We feel sorry for the loss of the beloved cat. It is unfortunate but these are some of the risks community animals will face in our urban landscape. They are all animals trying to survive."

What to do if you see a python in Singapore

Like many other wild animals, pythons are shy and will not attack unless provoked or threatened.

If a snake is spotted near trees, bushes or in drains, it is advised to leave them alone as these are their natural habitats.