A picture of a man in a Domino's Pizza shirt supposedly delivering pizza to the top of Mount Fuji has made its rounds on Japanese Twitter.

"I hiked up Mount Fuji yesterday. There was someone who ordered Domino's Pizza."

Carrying a Domino's Pizza thermal bag on his back, the man, clad in all black, appeared to be walking briskly as if he was heading to the spot where his customer was waiting. The picture appeared to be taken at the top of Mount Fuji, the highest peak in the country, judging from the clouds that could be seen.

Recording his journey to the top, which started at 7:38am, he posted several pictures of his Domino's Pizza carrier bag at various points while on the way to the peak. He even posed with his "customer", who gladly received the box of pizza he "ordered" from him. 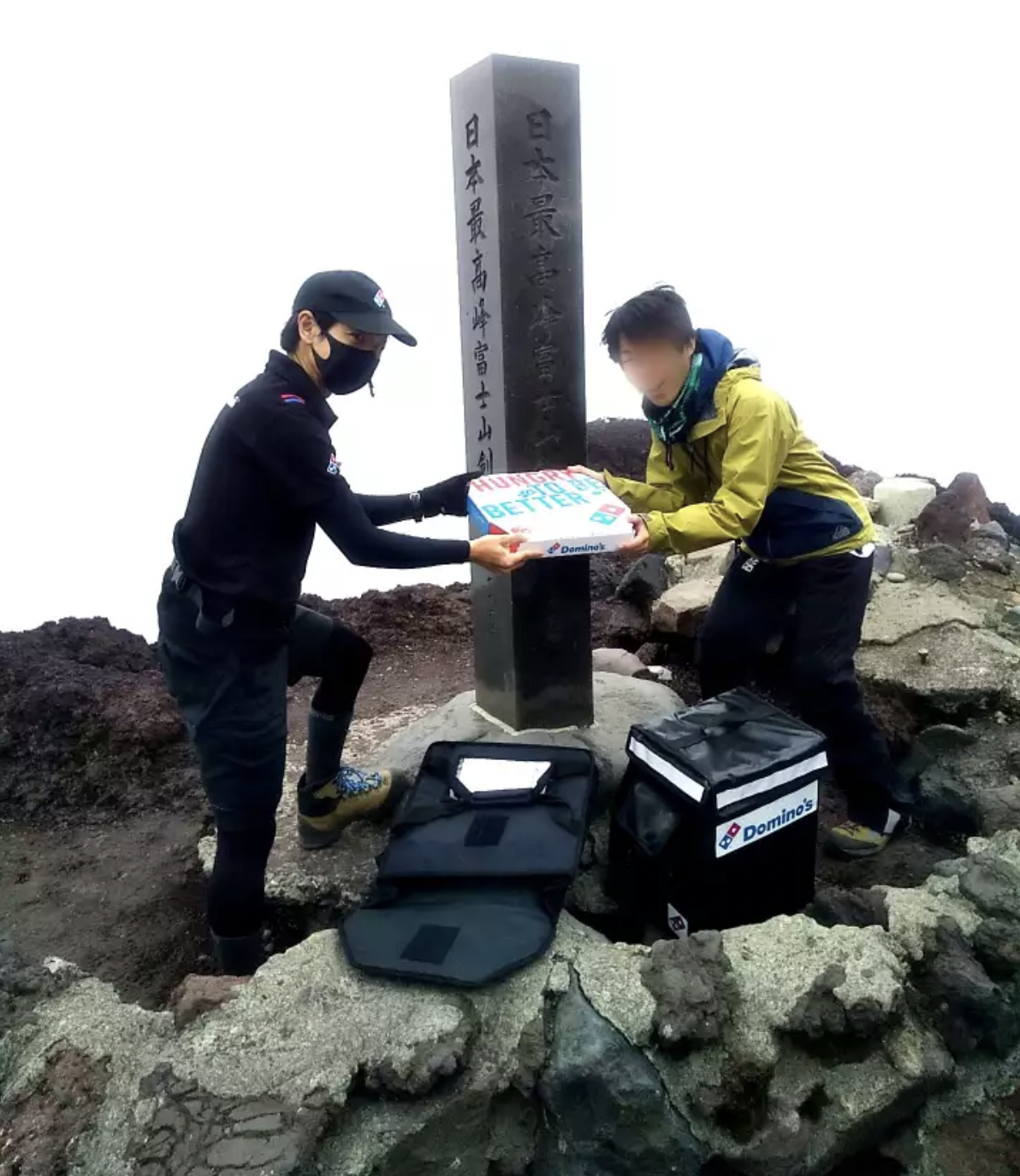 Not a delivery worker

However, the man is not a delivery worker, nor does he work for Domino's Pizza.

According to Asahi TV, he is just a regular office worker who enjoys hiking up mountains -- rather than pizza, his delivery bag is filled with various equipment and necessities needed for the journey.

And while hiking up mountains, Umanami Futoshi likes to cosplay as various delivery workers working for different companies.

Here are some pictures of him posing in various delivery outfits, including Uber Eats, Demae-Can (a Japanese delivery company) and Pizza-La, the second highest-grossing pizza chain in Japan after Domino's Pizza. 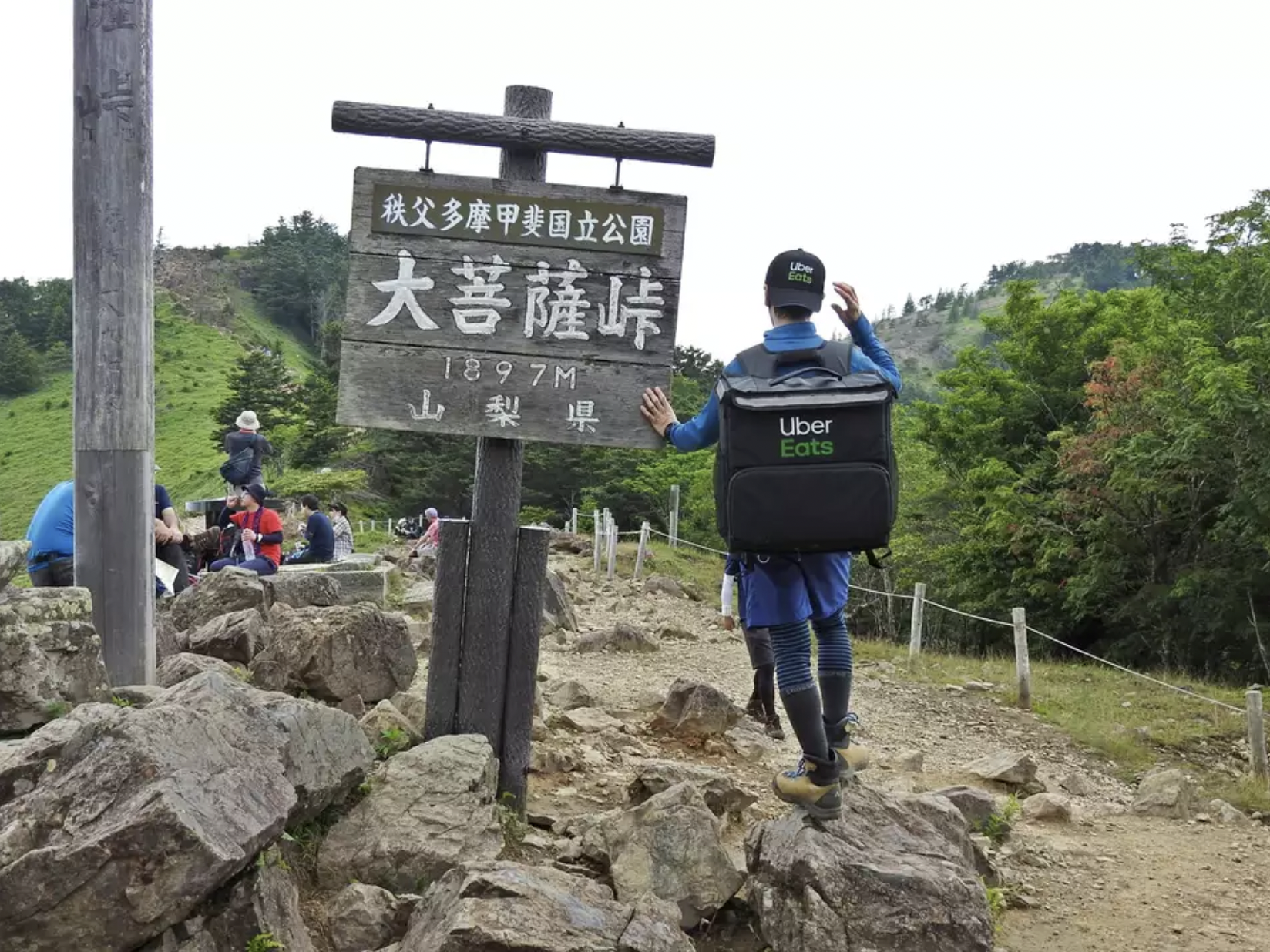 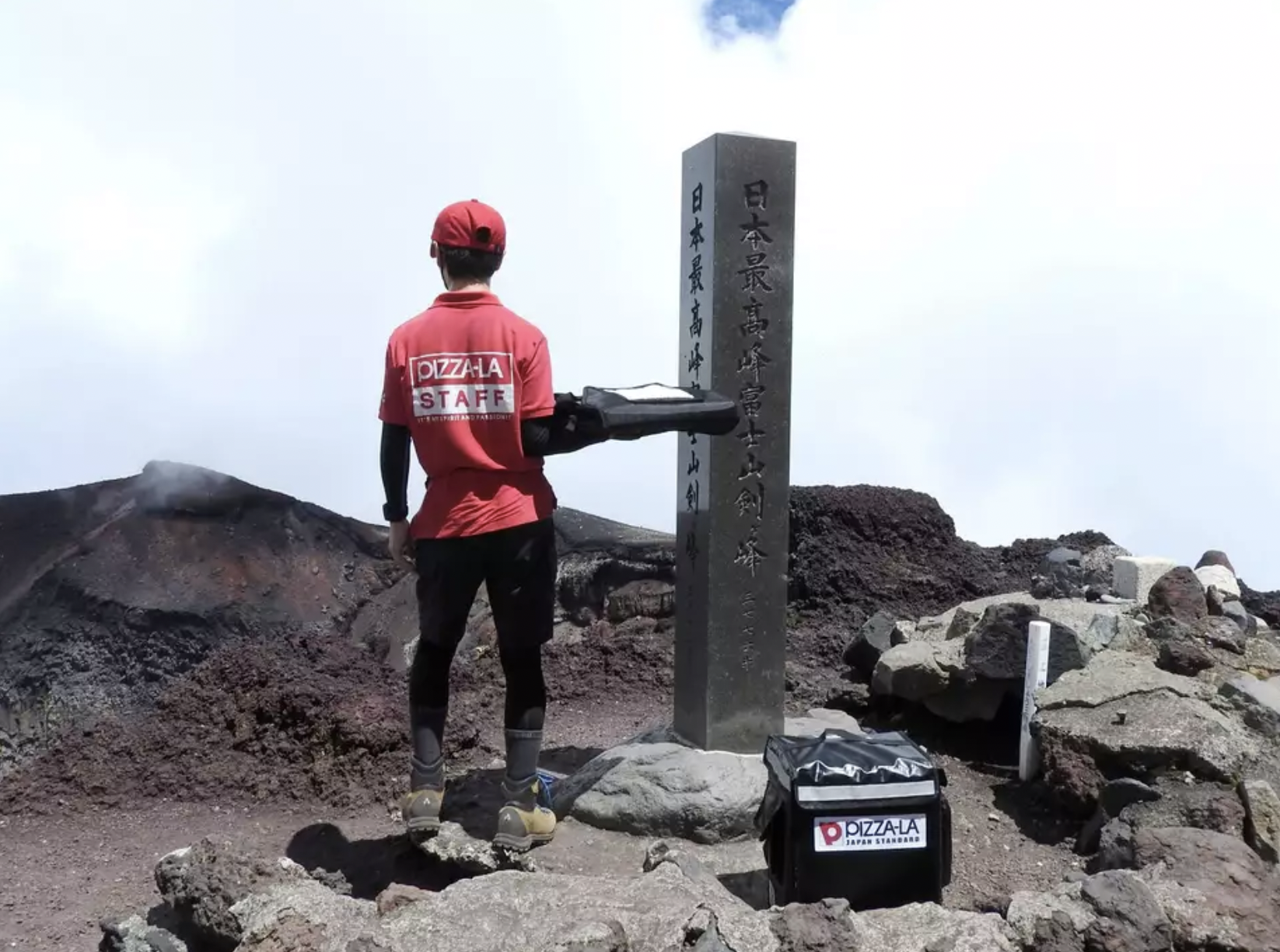 Umanami, whose profile says he likes to deliver "surprises and smiles" to others on mountain peaks, told Asahi TV that he got his hands on a thermal delivery bag from Uber Eats about one year ago. That was when he thought it might be "interesting" to hike up Mount Fuji with it.

After he received overwhelmingly positive feedback from fellow hikers, he started cosplaying as delivery workers for various companies.

He added that he felt encouraged by everyone who cheered him on and that he now finds himself hiking up mountains much more easily.