A Grab delivery rider in Malaysia has been hailed as a hero after he used his motorcycle to ram a pair of snatch thieves on their getaway motorcycle, effectively stopping them from making a quick escape.

Surveillance camera footage of the crime along a street in Kuala Lumpur at about 8:30pm on Aug. 21 was put up on Twitter.

The video showed two men on a motorcycle on the road tailing a woman in yellow as she walked on the pedestrian walkway.

They were stalking her to snatch her handbag.

When all three of them reappeared on screen again, the woman was seen chasing one of the men down and trying to snatch her belongings back, while the person on the motorcycle came back for his partner in an attempt to make a quick escape.

Noticing that a snatch theft incident was taking place, a car that was passing by stopped by the side of the road but no one came out.

Grab delivery rider to the rescue

A Grab delivery rider then appeared from behind the snatch thieves and rammed his motorcycle into the perpetrators and their ride in an attempt to stop them.

The delivery rider immediately got off his fallen bike to grab hold of the snatch thieves and slow them down.

At this point, more members of the public intervened as they appeared from all sides to put an end to the attempted robbery.

One motorist was seen running from the opposite side of the road, while another motorcyclist rode against traffic to get to the scene to break up the altercation.

In the end, at least six members of the public stepped forward to help the woman, who had snatched her belongings back.

By the end of the clip, the two snatch thieves were seen being surrounded and stopped from leaving.

The duo surrendered when they were outnumbered. 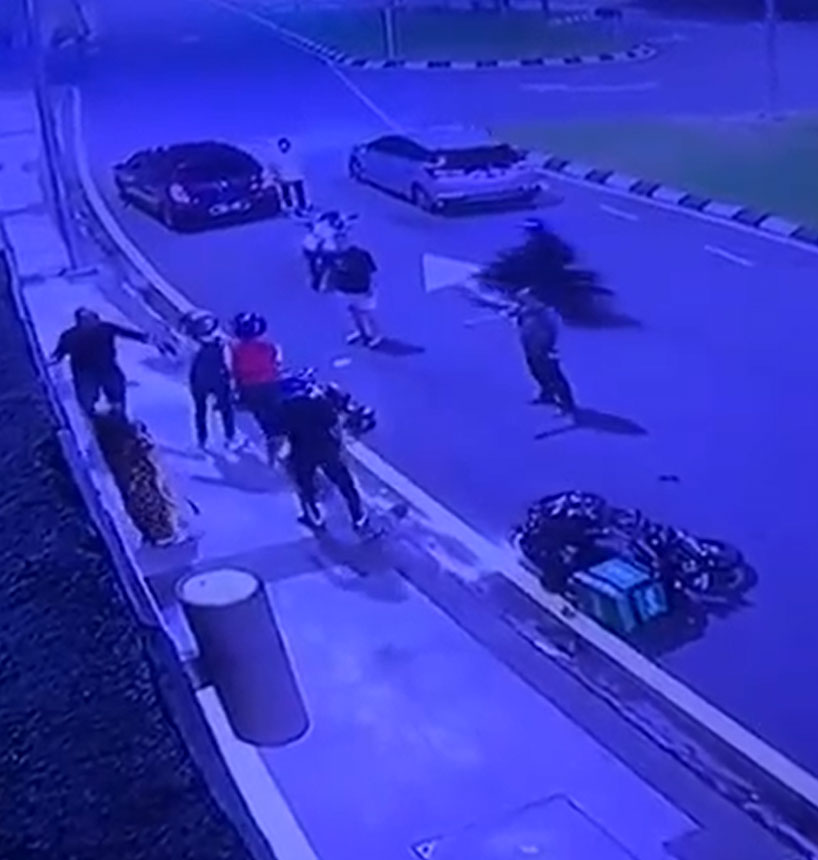 Photos subsequently showed the two snatch thieves handed over to the police. 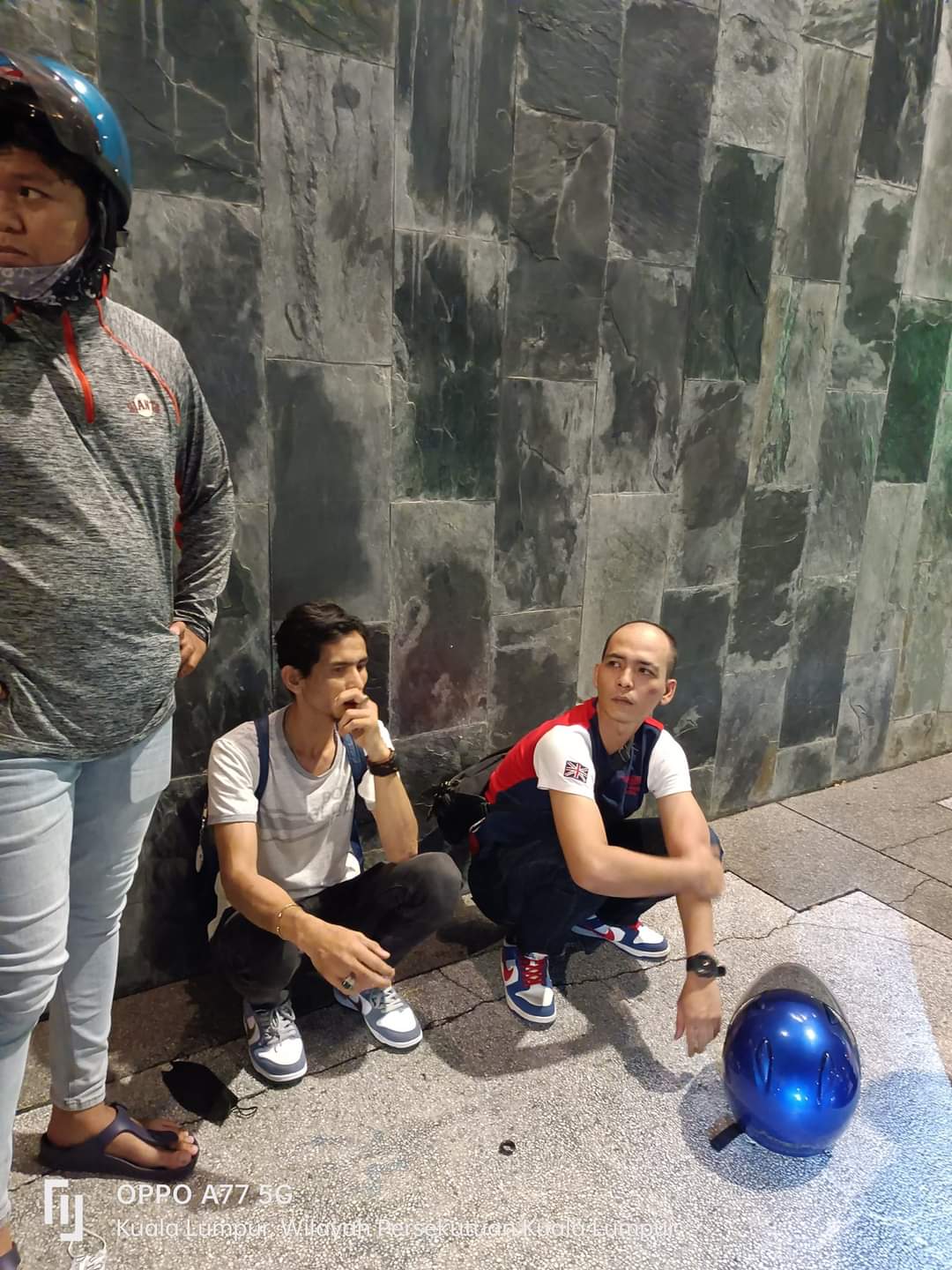 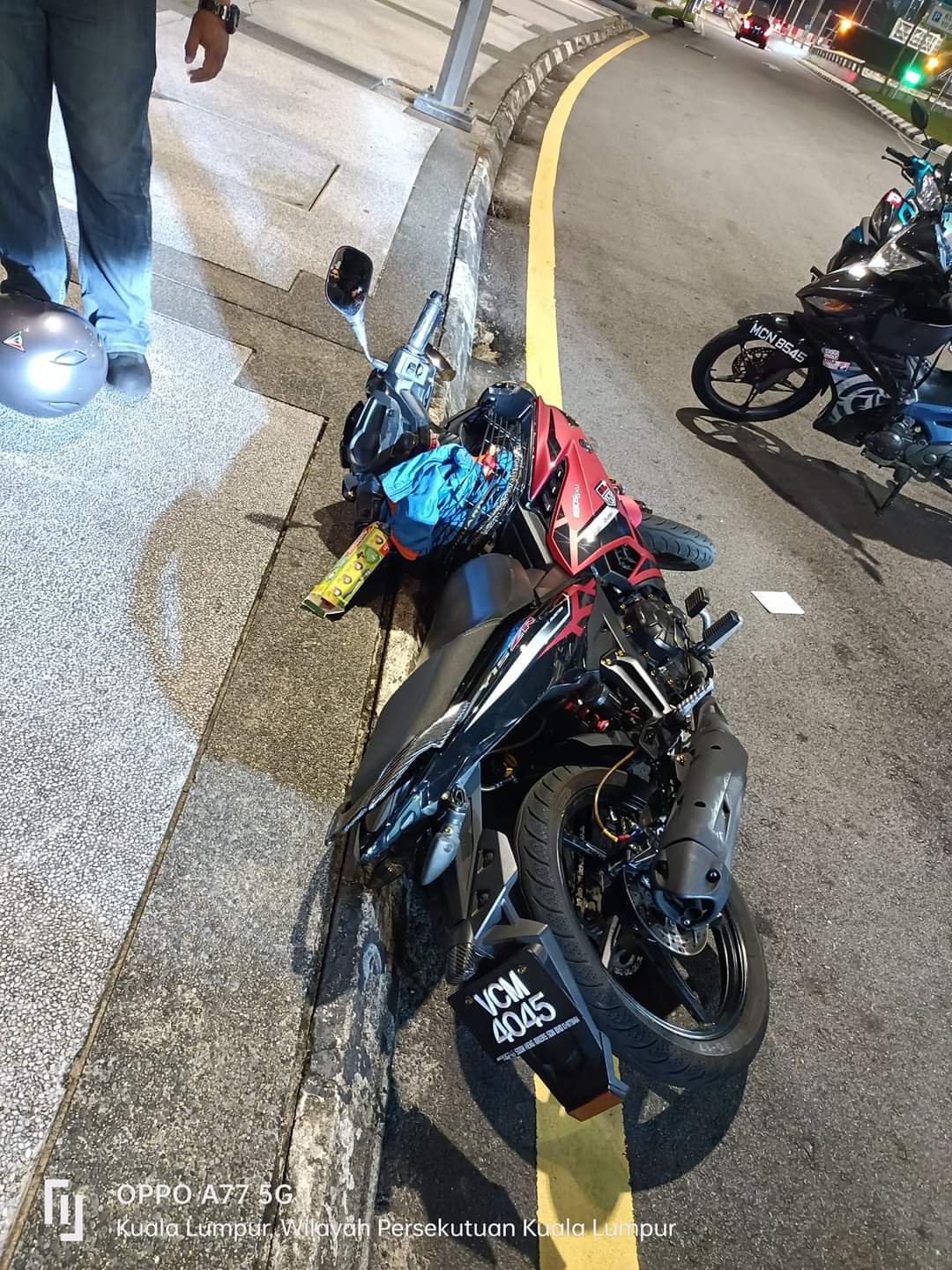 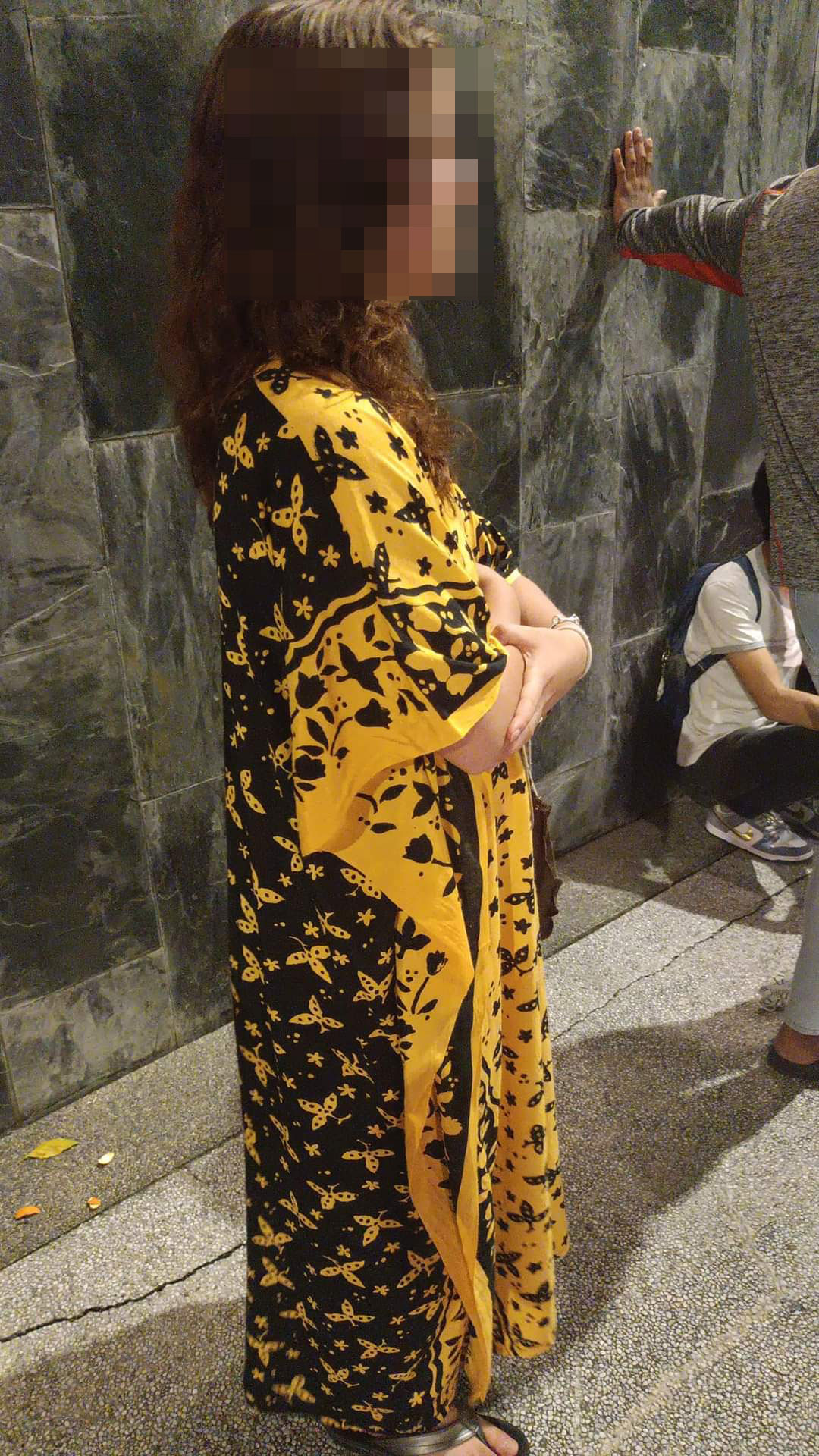 Praise for the Grab delivery rider poured in online, with some suggesting he should be compensated for any damages sustained to his motorcycle after he used it as a ramming device.

The platform wrote: "That rider is great and the best. If anyone know the licence plate details of this rider, please DM us."