George Yeo: Musings is a collection of just that: The former foreign minister’s musings across various diverse topics.

Series One, the first of three books, contains Yeo’s thoughts about identity, Singapore’s diversity, and how this affects the country’s relationships with the rest of the world, including China and India.

The book is written by Yeo, with Woon Tai Ho, and published by World Scientific. It will be available at all major bookstores from September 2022, but Mothership readers can pre-order a copy here with the promo code “WSMSGY20” and get 20 per cent off.

An excerpt from Chapter 13, “Chinese Education”, is reproduced here.

Q: Do you think that Nanyang University should be restored?

Lee Kuan Yew never doubted the importance of Singapore’s Chineseness or the critical role of the Chinese language.

The challenge posed to him by the Chinese-educated Left was not a matter of culture or language per se, but the political activism of that segment of Singapore’s population which was pulled to China and Chinese communism and, of course, their opposition to him.

When the decision to shut down Nanyang University and, with it, the eventual cessation of Chinese-medium education was made, he introduced Special Assistance Plan (SAP) schools to ensure that Chinese language and culture would be preserved. The first nine SAP schools had all been Chinese-medium schools previously.

In the same year, he launched the first Speak Mandarin campaign. He pushed for Chinese Singaporeans to be bi-cultural and became the Founding Patron of Business China. Lee Kuan Yew persisted with his study of Chinese till his last days.

Without a continuing supply of graduates from Nanyang University, Singapore faced a growing shortage of younger Singaporeans with mastery of not only spoken and written Chinese, but also of Chinese history, literature and culture. This is already affecting leadership succession in many institutions, including political parties, government ministries, statutory boards, schools, newspapers, television, museums and the private sector. It has become too convenient to use English as the default language. Using Chinese for professional or business purposes has become arduous for many of our institutions.

Not many people can master two unrelated languages to the level of a university graduate. It requires huge effort to try, and for most people, it is either not possible or unnecessary. Our brains have not evolved for such a purpose. Mastery is more than fluency. Some of us are able to pick up other languages relatively easily, which is very useful for building bridges. From an evolutionary point of view, it is a useful ability. Fluency, however, is not enough for cultural transmission. There is a hard trade-off. If we want to master Chinese, this will come at the expense of English, and vice versa: if we want all Chinese Singaporeans to master English, it will be at the expense of Chinese.

Raising the bar for Chinese education in Singapore

Among younger Singaporean graduates, even those who went to SAP schools, their mastery of Chinese is significantly below that of graduates in China. As older generations of Chinese-educated Singaporeans retire, they will leave a void in many institutions that is not being adequately filled. Immigrants can supplement our supply of local workers but they cannot replace them. The core must be Singaporean. Where there has been an over-dependence on foreigners to make up for a shortfall of local Chinese writers, new distortions arise because of a lack of an indigenous Singaporean perspective. National security agencies also worry that these institutions may be captured, wittingly or unwittingly, by China.

Looking 30 years ahead, China will be far the biggest economy in the world and among the most advanced technologically. China will be a very important part of our future.

Naturally, a growing number of younger Singaporeans will study and work in China. We must expect some of our children to spend much of their school years in China with their parents. Singapore has also become an attractive home away from home for many Chinese (from mainland China, Hong Kong and Taiwan) because of Singapore’s independence and Chineseness. Some of them will become our citizens. Their children will both have a strong command of spoken and written Chinese and be steeped in China’s history and culture.

Chinese education in Singapore has to adjust to the emergence of a new and different world. The decline in enrollment in Chinese-medium schools was principally caused by the diminishing economic utility of the Chinese language in the past. As this trend is reversed, our education system needs to be revamped once again.

The level at which SAP schools have maintained Chinese education is insufficient for our future needs. We have no means today to replace the current Chinese cultural elite who are getting old. We cannot rely on imported talent because their sense of Singapore will not be deep. We need a Singapore core around which to accrete them. 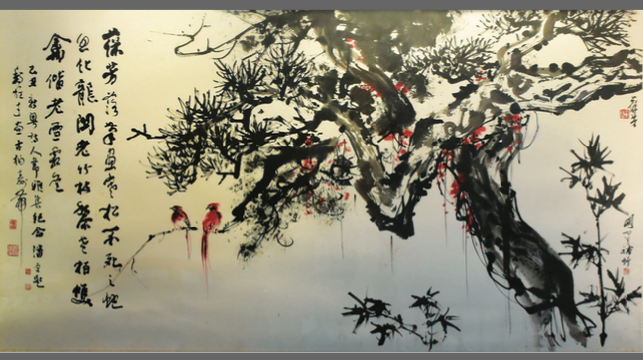 We should therefore consider making one of our polytechnics a “SAP poly” and one of our universities a “SAP university”. The mix of languages will evolve as has been happening in SAP schools. In this way, we will raise the bar for Chinese education in Singapore. Nonetheless, this will still not be enough. We need to send many more students to China for further studies, as many as those going to the United States, United Kingdom and Australia.

Ngee Ann Polytechnic is a possible candidate for the SAP polytechnic. Ngee Ann College was established by Ngee Ann Kongsi at the Teochew Building along Tank Road in 1963, partly to compete with Nanyang University, which some Teochew community leaders like Lien Ying Chow saw as mainly a Hokkien initiative. The Kongsi was not wealthy at that time and could not keep Ngee Ann College going. A deal was then struck with the Ministry of Education (MOE) to take over it in return for which 75 per cent of the Kongsi’s annual surplus would be paid to the college. Its name was changed to Ngee Ann Polytechnic in 1982.

With the development of Ngee Ann City, the shopping mall and commercial development, the Kongsi’s surplus soared. Only a part of the 75 per cent now goes to the polytechnic, with the remainder allocated according to the Ministry’s discretion. The Kongsi owns other land along Orchard Road, which will revert to it when the current tenants’ leases expire, such as the Mandarin Hotel (whose leasehold will end in 40 years’ time). Converting Ngee Ann Polytechnic into a SAP polytechnic is financially very doable. It will complement Hwa Chong Institution as a SAP junior college.

Singapore now has many universities. Making one of them a SAP university will enrich Singapore and enhance our connections with China and the Chinese world. The natural candidate for this is NTU. Restoring the old Nanyang University name when it is turned into a SAP university will help resolve a historical problem in a way which positions us for the future.

Such a change has to be carefully managed. The support of stakeholders for the main direction is essential. Many details will have to be debated. A university which uses two languages as the mediums of instruction will not be easy to achieve, but it can be done. There are many examples in the world that can be studied.

Great universities have difficult beginnings. Peking University was established in 1898 during the 100-day reform period of the late Qing. However, it celebrates its anniversary on May 4 to align with the movement in 1919 because of the critical role the latter played in mobilising the spirit of an entire nation. As China grows, Peking University will become one of the world’s top universities.

"Singapore is stronger if we are more diverse"

Q: How will Singapore’s other racial groups react to this?

There are bound to be misunderstandings, as there were over SAP schools. We should, however, be able to persuade the great majority that having greater internal diversity is in our collective interest.

Singapore is stronger if we are more diverse, but only provided that there is strong team spirit. Within the team, we should have experts in different languages and cultures, not just in Chinese. Depending on need, we can alter the composition of our team to achieve the best result.

For example, Singapore needs an Islamic college which can provide higher training for the bulk of our imams. We should send some overseas, like to Al-Azhar University, but not all, which is the current situation.

Madrasah Aljunied is a good candidate to be turned into a college because of its existing links to Al-Azhar. Singapore’s Hadhrami community has been holding classes in Arabic. We should also consider establishing a West Asian department in one of our universities to complement the Middle East Institute and help revive our historical connections to that part of the world. Arabic should not only be taught in madrasahs.