Three children aged 11, 13, and 14 and a slightly older youth, 18, beat up and robbed an Asian woman inside her San Francisco residential building in broad daylight.

Two out of four suspects have since been arrested, with the youngest too young to be charged, ABC7 News reported.

The woman was outside her Chinatown building when the suspects approached her on July 31 and spoke to her, San Francisco Police Chief Bill Scott said.

As she was unable to understand them, she went into the building’s lobby and the suspects followed her.

They then allegedly beat and robbed her before fleeing.

The victim was allegedly kicked in the head.

The attack was recorded on surveillance video. 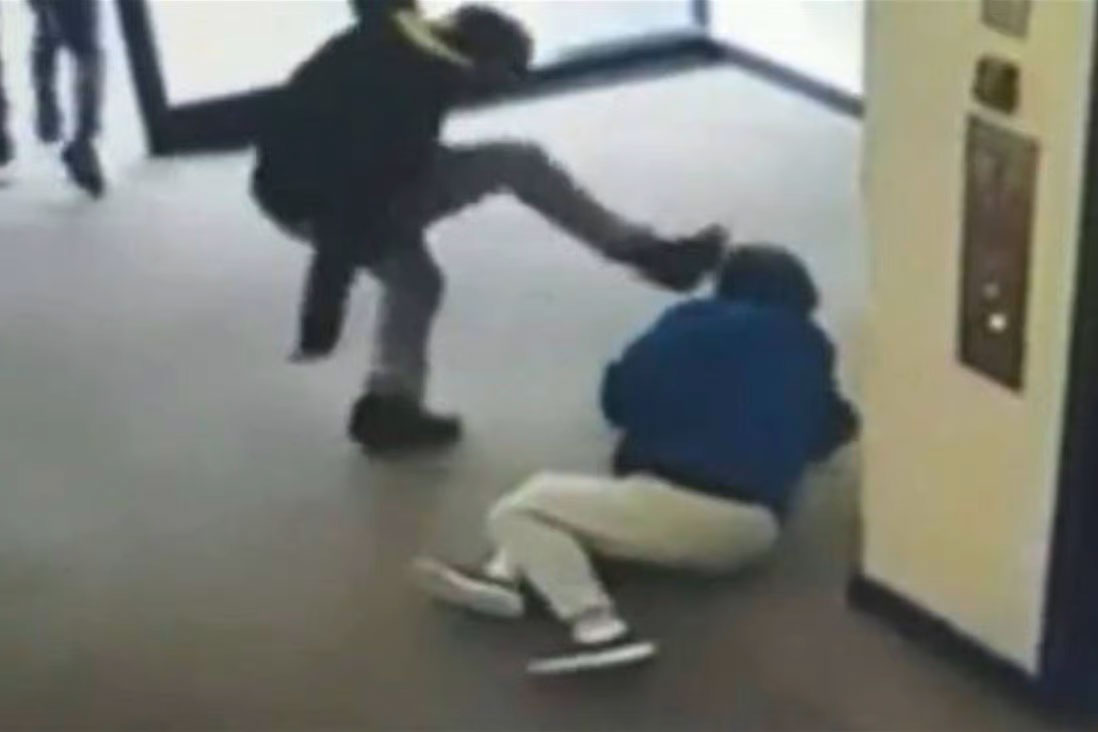 News reports identified the victim only as “Mrs Ren”.

She was taken to hospital but did not suffer life-threatening injuries.

Names of juveniles won't be released

Scott called the ages of the younger suspects "sad" and "shocking".

He said detectives identified the suspects as 18-year-old Darryl Moore, of Oakland, and the three juveniles.

The names of the juveniles will not be released.

The 11-year-old will not be charged due to his age.

14-year-old only one still not located

Moore, the 11-year-old and 13-year-old suspects were arrested on Aug. 10 by officers with the Milpitas Police Department on accusations of an unrelated crime there, he said.

Moore is still detained at the Santa Clara County jail.

The 14-year-old has not been located but there is a warrant for his arrest, Scott said.

The 13-year-old suspect was booked at the Santa Clara Juvenile Hall and was being transferred to the custody of Alameda County, where officials booked him on the warrant for his San Francisco arrest.

The 11-year-old was transferred from Santa Clara to the custody of the Alameda County Assessment Centre.

The attack came amid a wave of assaults against Asian-Americans in the United States that started when the coronavirus pandemic took hold.

All media via ABC7 News