This year’s World Cup is quite different.

If this was a regular World Cup, it might have just wrapped up recently.

However, the nature of Qatar’s weather meant that it was impossible to hold the tournament in 40-degree weather.

Thus, the first ever winter World Cup will take place in November.

Winter in name only, though, as temperatures are still expected to be high.

With temperatures north of around 25 expected, the organisers had to bring in state-of-the-art engineering cooling technology, such as air-conditioned seats, at the Al Thumama stadium.

That’s not all they are doing to cool down the stadium, though.

Here’s a video detailing the design in greater detail:

What to look out for

In terms of who’s participating, there aren’t that many new names to look out for.

Qatar will be the only country making its World Cup debut.

The draw, however, might not lie with first-time upstarts, but with two very seasoned veterans.

A very possible scenario is that this will be the last world cup for two of the greatest players of their generation.

Ronaldo is 37, and Messi has said that he will reassess many things after the World Cup.

So this in all possibility, might be the duo’s last World Cup.

The potential ending of these two legend’s international careers at the highest stage aside, the games themselves promise high drama.

The two all-time greats have both participated in four World Cups, with Ronaldo scoring seven and Messi bagging six. They have yet to win a World Cup, and will see this as the perfect opportunity to change that.

Fans can look forward to witnessing these superstars playing hard for their own countries as this could be their last chance at the World Cup title before retiring from the international tournament.

Fans can look forward to favourites like France, England, Brazil, and Germany duking it out. As well as potential upsets by dark horses like Belgium.

Another positive of having a World Cup on this side of the globe is the timing of the matches.

Qatar is just five hours ahead of Singapore, so most of the matches will be at rather manageable times.

This is, of course, not the first time matches have been aired at manageable times (thank you, Japan and Korea), but good news regardless:

As there is only a five-hour time difference between Qatar and Singapore, viewers can catch the live screening matches at home, in pubs, or in bars, without making drastic adjustments to their daily schedules.

This is good news because you won’t need to skip work the next day to catch a few extra winks.

If you’re still not impressed by the favourable timing, why not try watching the World Cup in its host country? 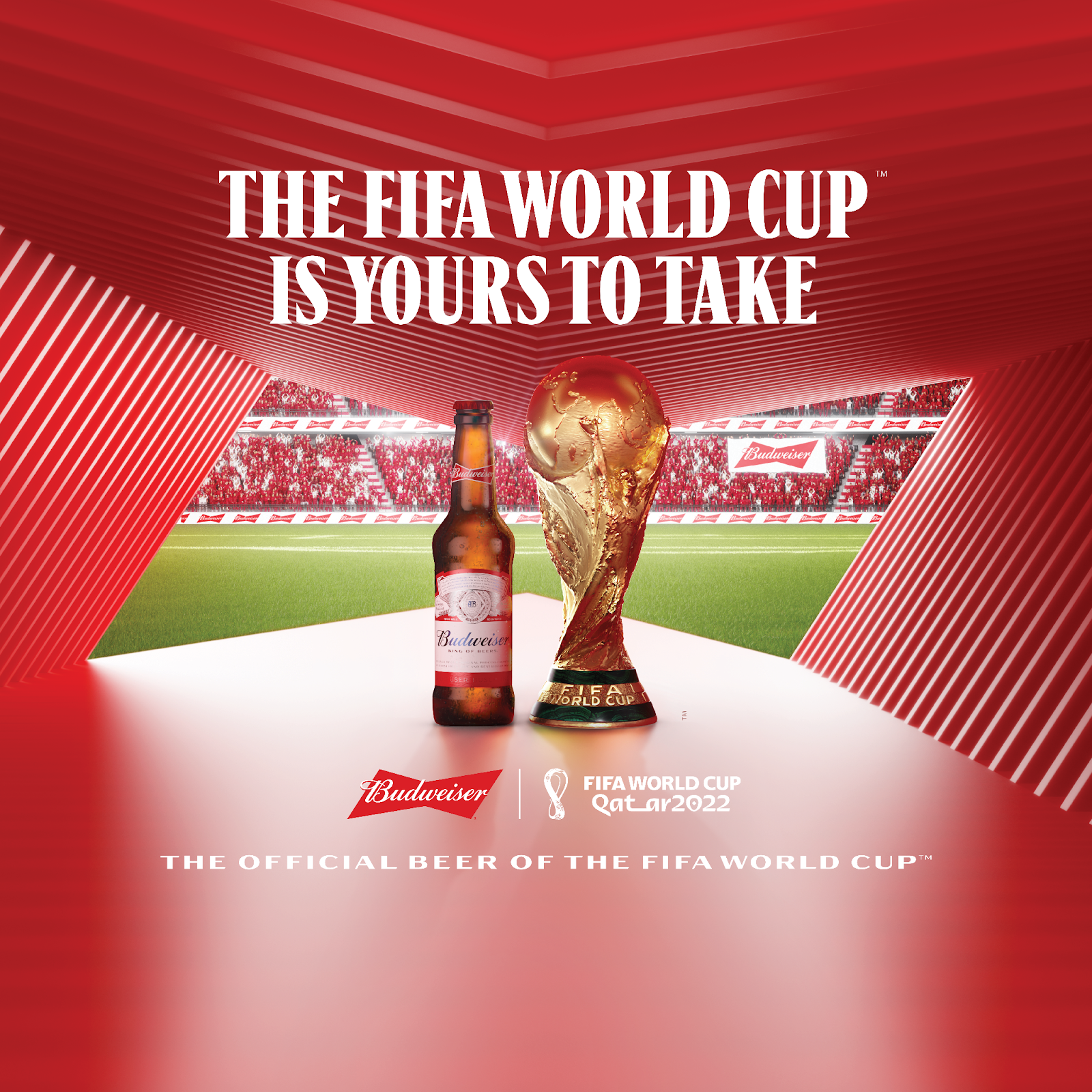 The “Budweiser FIFA World Cup Experience” grand prize will reward two lucky winners with a chance to travel to Qatar to watch the quarter-finals in December.

All you have to do is spend $15 on any Budweiser product to get a chance at winning the grand prize, available at all leading retailers from supermarkets, minimarts, e-commerce sites, bars, pubs and restaurants.

This campaign is available for a limited period only.

The Grand Prize draw will take place on November 2, 2022.

Two winners will be notified by phone and email.

If travelling isn’t your thing, the official beer brand for this year’s FIFA World Cup has plenty of other exciting activities and promotions leading up to the World Cup as well.

You might be the lucky one to see these players in action:

This is a sponsored post by LHA Food & Beverages, the official distributor for Budweiser Singapore.

Image by Günther Simmermacher from Pixabay