A fire broke out at Block 92B Telok Blangah Street 31 on Aug. 3 morning.

Videos posted online showed the fire engulfing the flat and the blackened facade of the HDB block.

The video showed a water hose deployed from the corridor in an attempt to douse the flames. 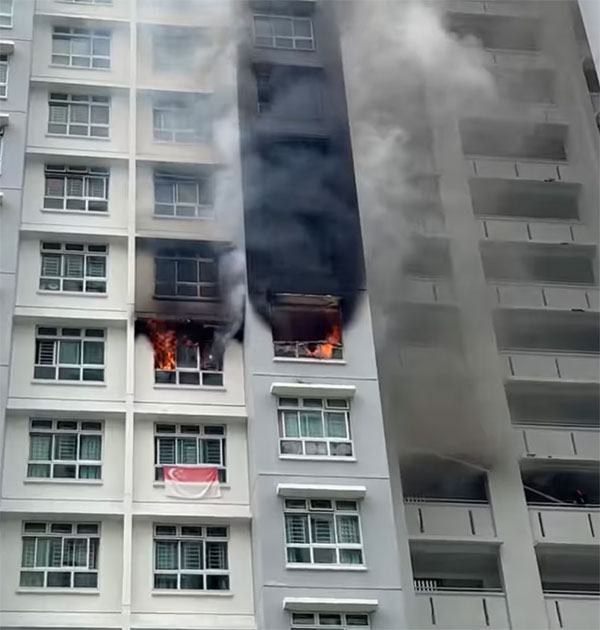 The Singapore Civil Defence Force was alerted to the fire at about 11:40am.

The fire was raging and thick black smoke was emitting from a unit on the 11th floor when the SCDF arrived.

As a result of the fire, the entire unit was affected by heat and smoke damage.

Damping down operations were ongoing at around 1:30pm.

A person was assessed by an SCDF paramedic for smoke inhalation and subsequently refused to be conveyed to the hospital.

About 50 occupants from the affected block were evacuated by the police and SCDF as a precautionary measure.

The cause of the fire is under investigation.