Cycling infrastructure in Tampines will be expanded significantly in the next four years, the Land Transport Authority (LTA) said in a Facebook post on Jul. 13.

A tender has been called for more cycling paths and other cycling infrastructure, to "better connect people to various places within Tampines and its nearby towns", said the agency.

Tampines will have an additional 13km of new cycling paths by 2026, said LTA in its post.

This will bring the total coverage of cycling paths in the town to "around 30km".

Here are the paths that will be built: 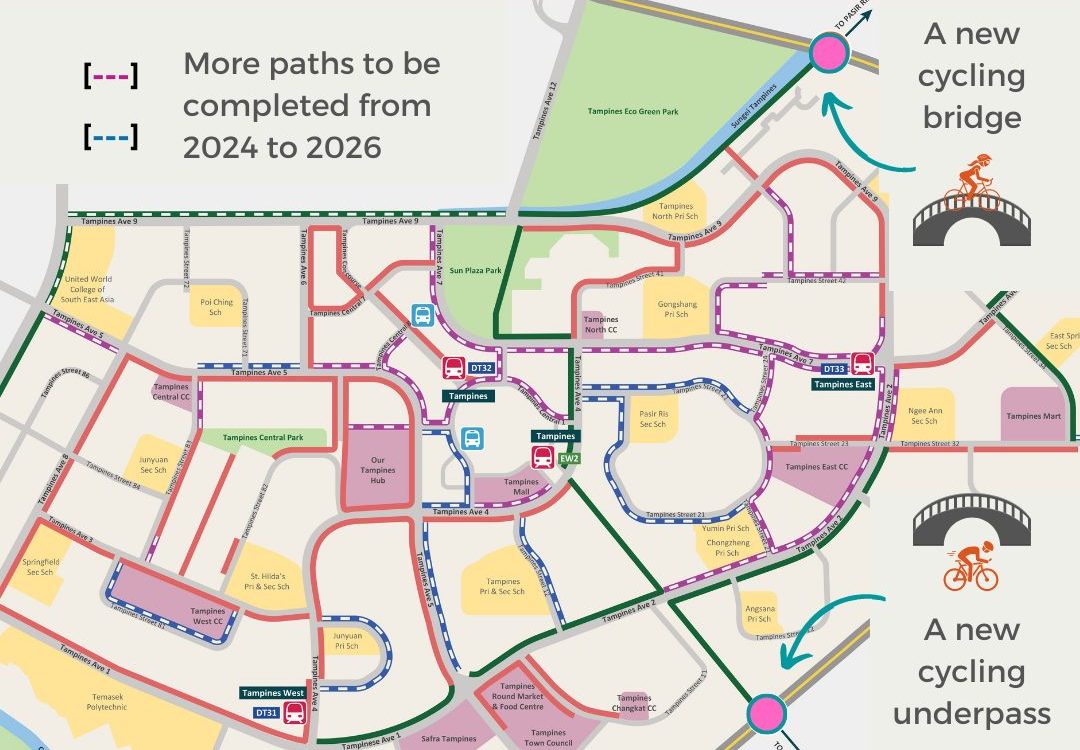 LTA highlighted a new cycling bridge and underpass that will better connect cyclists to towns like Pasir Ris and Simei. 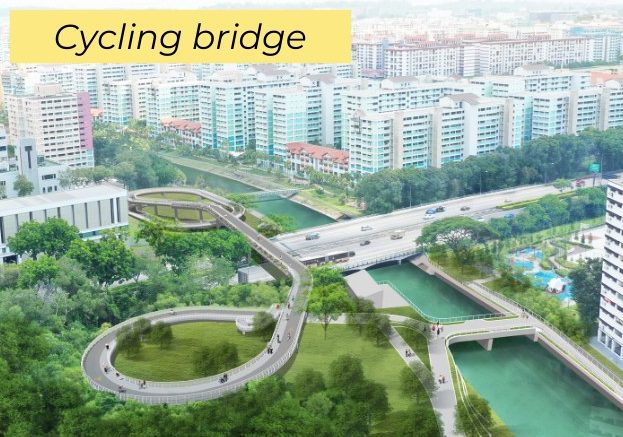 The cycling bridge, to be constructed across the Tampines Expressway (TPE), will allow cyclists to travel between Tampines and Pasir Ris more seamlessly.

Cycling bridges are intended for cyclists to be able to continue riding up and down the ramps, unlike pedestrian overhead bridges where cyclists are required to push their bikes and not ride.

The current overhead bridge, which runs adjacent to Sungei Tampines, is one example. 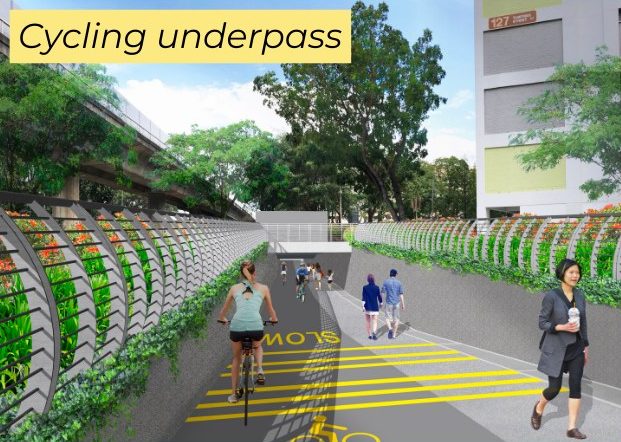