Sri Lanka's President Gotabaya Rajapaksa has agreed to resign amidst the storming of the presidential palace by protestors.

According to the BBC, the country's parliament speaker, Mahinda Yapa Abeywardena, said that Rajapaksa would leave office on Jul. 13 (Wednesday), though the announcement was met with scepticism from demonstrators.

The speaker also said that Rajapaksa had asked people to remain calm and sought support for a peaceful transition of power, reported Nikkei Asia.

Shortage of food, fuel, and medicine

It comes after three months of largely peaceful protests calling for Rajapaksa's resignation.

The beleaguered president has been blamed for mismanaging the country's economy resulting in shortages of food, fuel, and medicine.

BBC, citing military sources, reported that Rajapaksa had been hiding out on a navy vessel in Sri Lankan waters after fleeing the presidential palace on Jul. 9. 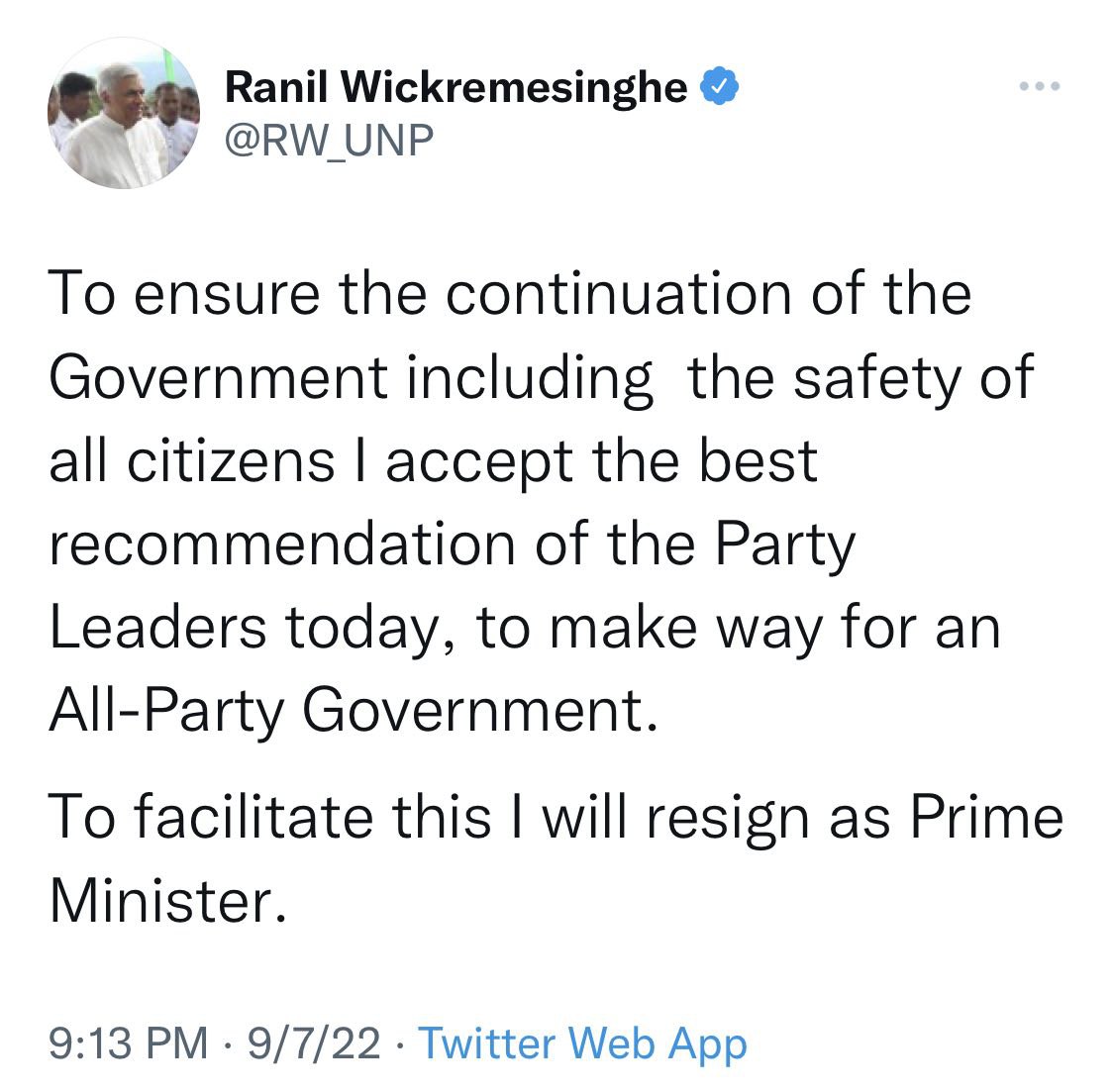 "Our struggle is not over"

Protestors are refusing to leave the presidential palace until both leaders leave office.

"Our struggle is not over," student protest leader Lahiru Weerasekara said.

"We won't give up this struggle until [President Rajapaksa] actually leaves."

According to Nikkei Asia, once Rajapaksa steps down, Sri Lanka's constitution requires that parliament will convene within a week to elect one of its members as president for the remainder of the term.

An all-party interim government will be appointed until elections are held.