An adorable interaction between a man and a bird in Singapore was caught on camera.

It was one of those situations where if it was not recorded on video, no one would believe the man.

The 1-minute video started with the bird, a Javan Myna, perched on the man's right shoulder as he was walking away from the void deck of a block of flats in the MacPherson area. 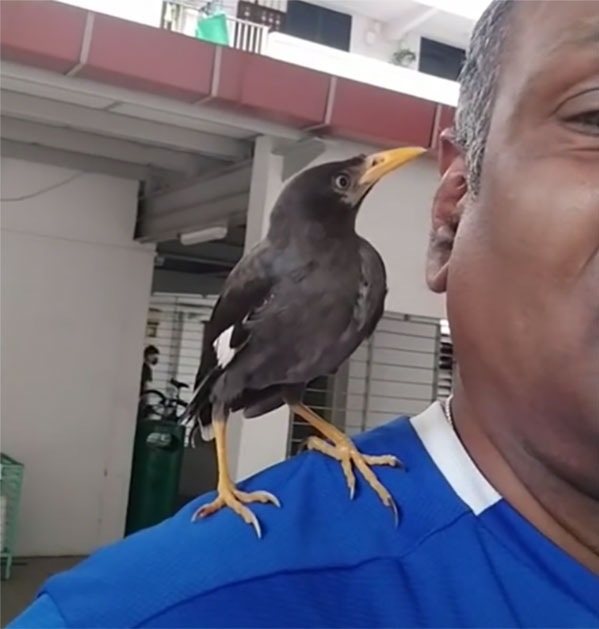 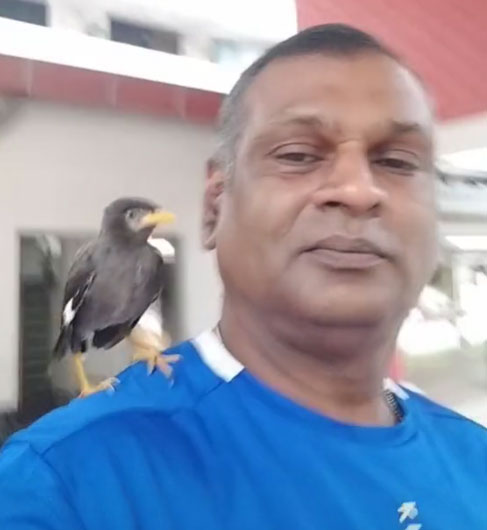 He said to the camera, as if his interaction with the bird had already gone on for some time: "Are you going to go or not?"

The bird then took a step to its left, and almost touched the man's face.

The man asked it, as he remained unfazed: "You don't want to fly is it?"

It then became clear that the bird had landed on the man and decided to stay there.

"You just want to sit on my shoulder, is it?"

As the man continued walking, the bird appeared to be bouncing along.

Midway through the video, the man appeared to show his mock exasperation due to the bird's attention.

He broke into a smile and said: "What's wrong with you? You understand what I'm talking is it?" This was when the bird appeared enchanted by the man as it kept looking at him.

The man then shrugged his shoulder, but the bird just continued standing on it, also unfazed.

The man then changed tact and apologised to the bird.

An attempt to chase the bird away from his shoulder only caused it to jump on the man's head.

He then stifled a laugh and broke out into a smile, amused by the bird's antics.

All the while the bird remained on his head. 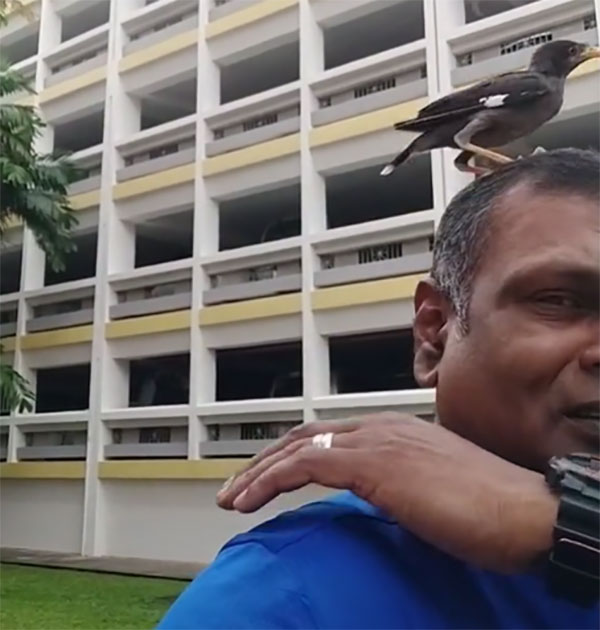 It is not known how long the bird remained, or if he managed to chase it away, as this was the only video the man posted on TikTok of his avian encounter.

Responses to the video were all wholesome.

Some said the bird adopted the man and is clearly smitten by him.

Others said the man should jut adopt the bird and bring it home.

It is likely that the bird was domesticated before.

Previously, mynas were seen interacting with people in Singapore without qualms.