A man in Singapore, Xiong, is urgently looking for a live donor after his liver ruptured abruptly, resulting in liver failure.

Close family friends are helping to find donors who can save his life.

Thought it was gastric pain 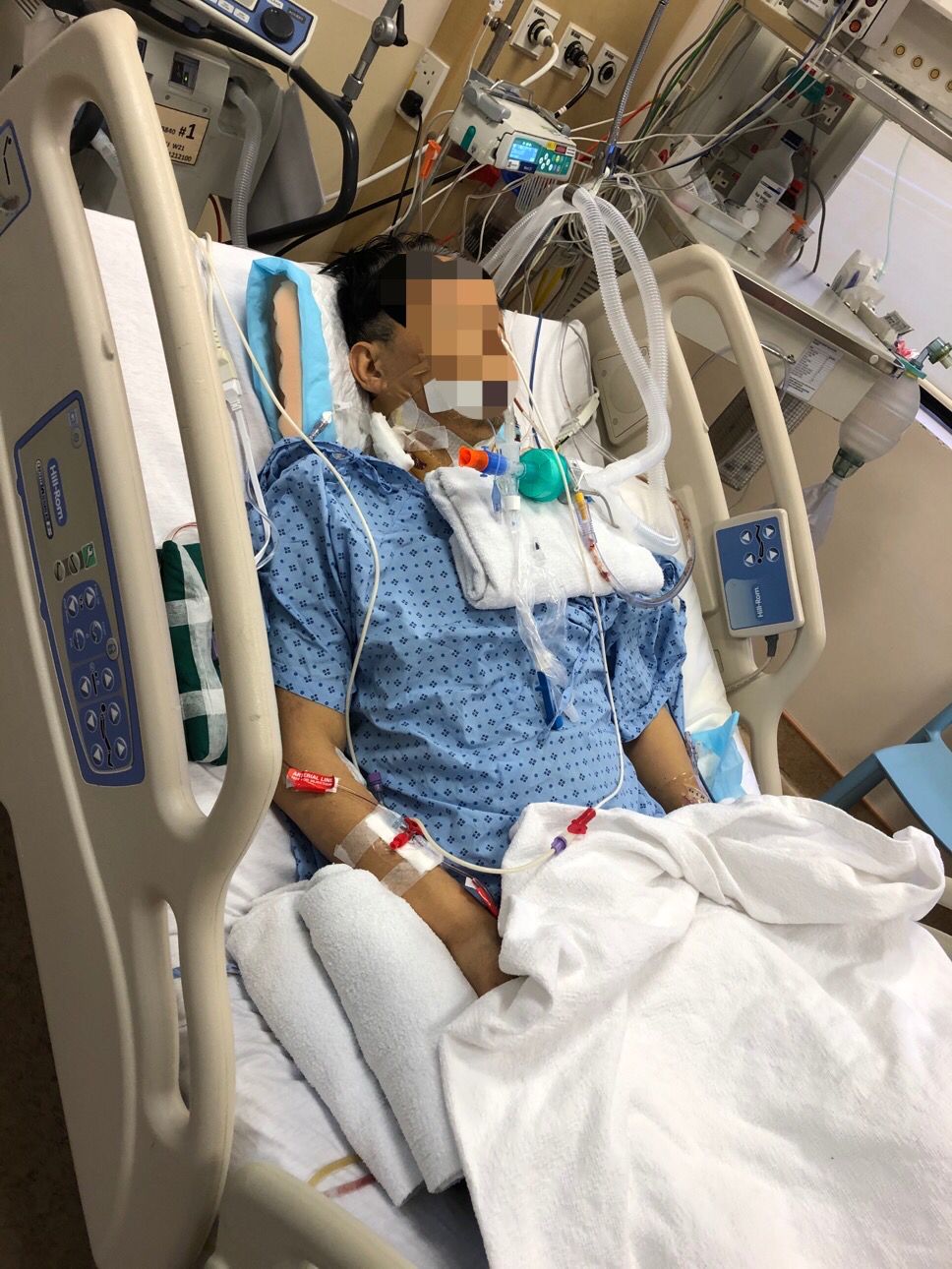 The man's wife, whose only wanted to be known as Yu, said that her husband felt unwell two weeks ago, but thought that he was just experiencing gastric pains.

Xiong visited the clinic a couple of times but did not get any better.

On July 22, on the advice of the clinic's doctor, he went for a check-up at Ng Teng Fong General Hospital

Doctors then found holes and ulcers in his intestines.

Jin, a close friend of Yu, told Mothership that Xiong is in his late 40s and has been experiencing pains in his stomach for a long time.

But neither he nor his family ever thought that it was anything severe.

"We felt that it was a small issue because when we are ageing, sometimes you're not very comfortable and after we take some medicine, then the situation gets better. Nobody, nobody foresaw such a big problem."

On July 25, however, Xiong's liver ruptured.

By the next day, he was warded in the intensive care unit at the National University Hospital (NUH). Xiong underwent a keyhole operation on the same day to suture the holes in his intestine.

The doctors suspect that the bacteria from the intestine had moved into the abdomen area and infected the liver, causing it to fail.

The doctors advised that tomorrow (July 31) would be the best time to undergo surgery for the liver transplant.

With the condition of his liver worsening by the day, friends and family hope to find a suitable liver donor soon.

Both relatives and strangers are able to donate.

Unfortunately, Yu is not an eligible candidate to donate, as she has a different blood type.

With most of their family members back in China, the family is desperately looking for donors.

Here is the requirement for liver donors:

According to NUH, donating your liver will not affect your general health, life span, or energy level. A donor's liver will regenerate, grow back to its normal size, and function normally after a few weeks.

If you are eligible and are willing to donate, you can reach out to them via this WhatsApp link.

Alternatively, you can scan the QR code below.