One woman in Singapore has taken to Facebook to complain about Grab's three-minute grace period two days after it was imposed.

In case you've been living under a rock for the past week, Grab has decided to shorten its grace period from five minutes to three minutes.

Since Jul. 18, a S$3 fee is charged for each five-minute waiting block for JustGrab, GrabPet, GrabFamily, GrabCar, GrabCar Plus, and GrabCar Premium.

Customers are advised to book rides only when they are ready, and are sure they have enough time to reach the pick-up point.

Driver had not actually arrived

This shortened grace period has caused some frustration, particularly for one passenger, Althea Chan.

Chan shared about two incidents, which she believed showed that a three-minute grace period was not enough.

In the first incident, Chan said she was at the drop-off point at Anchorpoint Shopping Centre.

However, she claimed her Grab driver indicated that he had arrived while he was turning in from the main road, before he had actually reached the drop-off point.

Chan pointed out that the drop-off point would occasionally be busy with delivery vehicles, which meant that she could inadvertently be charged the S$3 fee if the ride does not pull up at her waiting location.

She also recalled another incident where the pick-up point was inside a condominium.

However, Chan and her family decided to walk to the entrance of the condominium where the guardhouse is.

She claimed she "caught" the driver pressing the "Arrived" button on the app just as he entered the residence.

"By right, he still needs to drive into the complex to pick us up," she added. 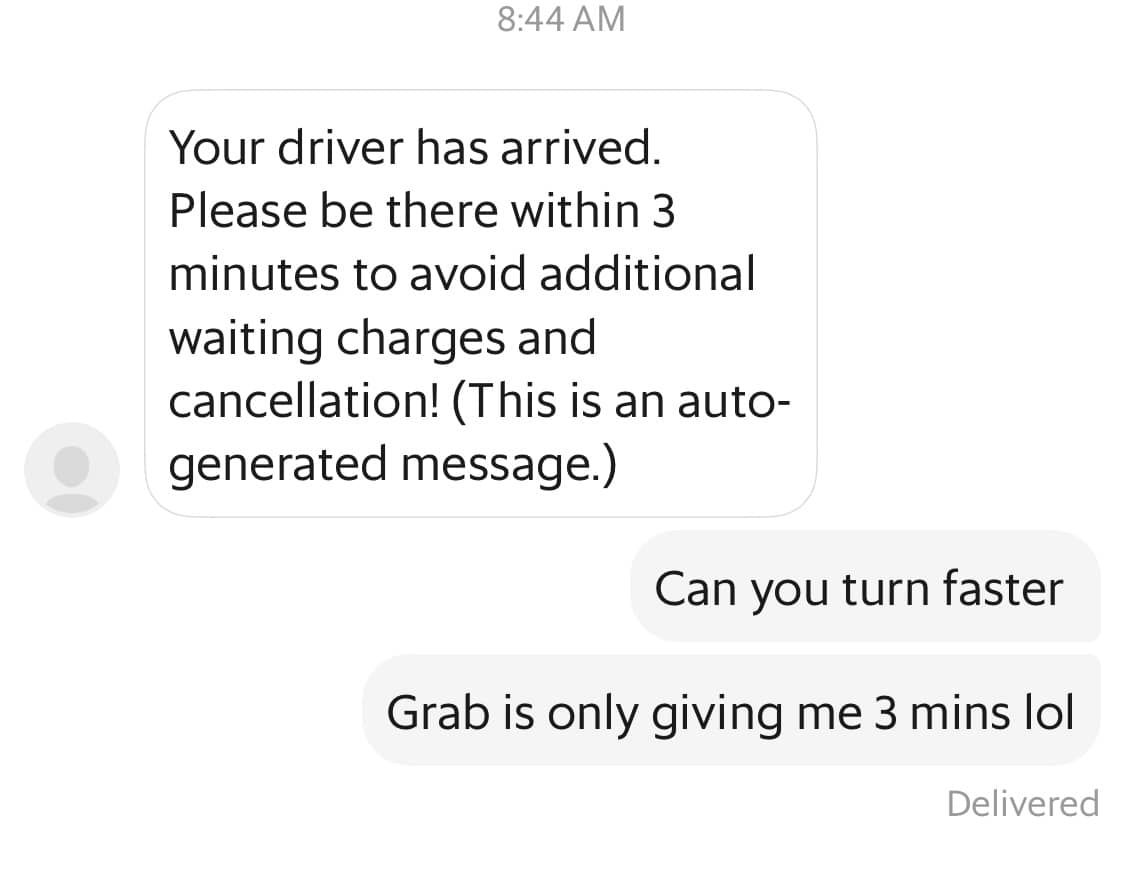 Chan did not elaborate on whether she had to pay the additional S$3 fee in either instance.

Chan said that such occurrences affirmed her belief that the three-minute grace period is "ridiculous".

"Grab has truly failed its customer base as they don’t allow for notes anymore in pickup orders and drivers have no inkling of which lobby to go to, often showing up at wrong lobby etc. Don’t ask me about typing convo to driver or calling them, calling them sometimes means both parties are confused, and drivers dont read messages showing where to go all in the name of ”safety”, and all blame should go to grab and grab only."

Thus far, her post has garnered over 560 shares in three days.

Her experience was corroborated by other commenters. 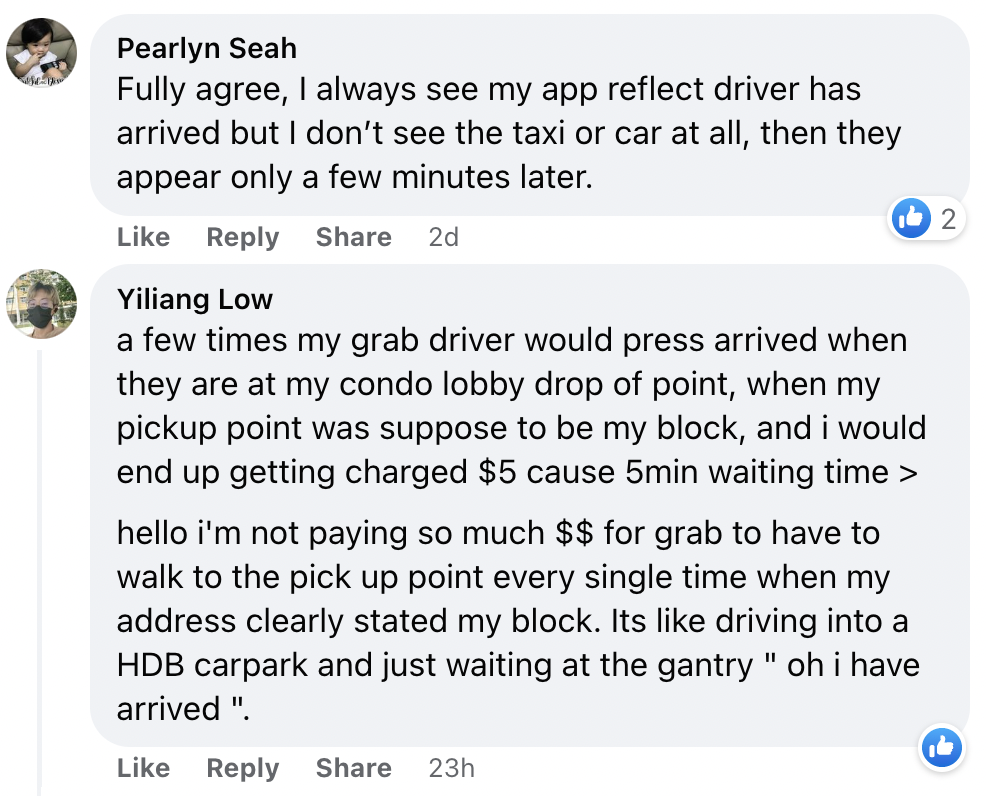 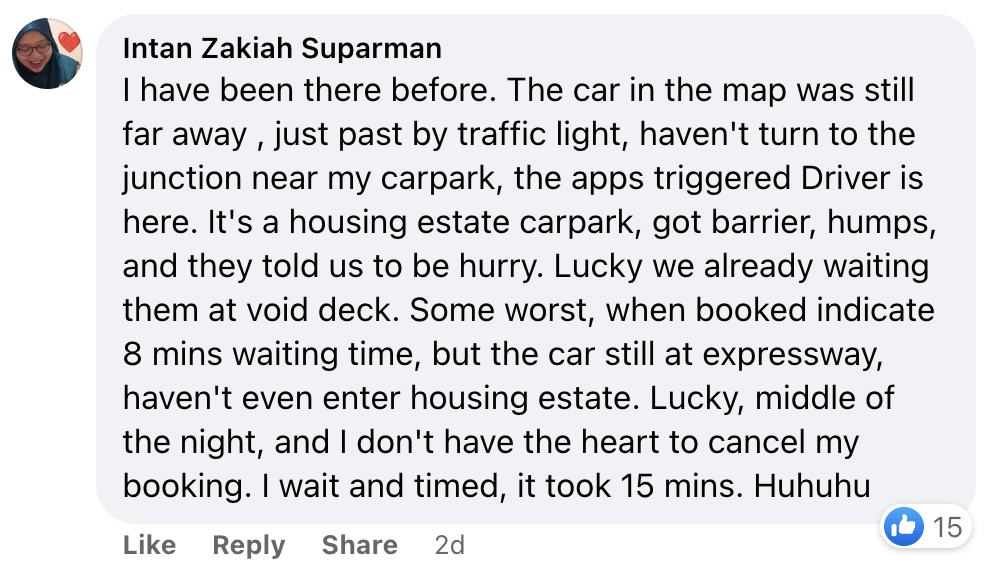 However, one commenter highlighted that designated pick-up points in some buildings are located near the guardhouse instead of the lift lobbies of specific blocks.

Mothership has reached out to Grab for more information, and will update this story when they reply.