A female shopkeeper in Zhongshan, Guangdong, was assaulted by a man at the shop after she denied him from charging his electric vehicle at the shop.

A surveillance video of the incident was later circulated on the Chinese social media platform, Weibo.

This incident surfaced a few days after a woman in Tangshan, Hebei, was attacked by a group of men after she refused their advances.

Kicked in the face four times

A video posted on Weibo shows the man pushing the woman to the ground, punching her and kicking her in the face at least four times.

Another man, seeing the situation, pulled the attacker away and out of the store.

A clip of the attack can be viewed below.

A shopkeeper in the same building said that the man removed the plug of the fridge from the electrical outlet so as to charge his electric vehicle near the shop's entrance, according to Chinese media Fei Dian.

The man's action may cause damage to the shop as the items within the fridge will melt as a result.

The shopkeeper stopped the man from charging his vehicle which led to a disagreement.

The man then physically attacked the female shopkeeper. 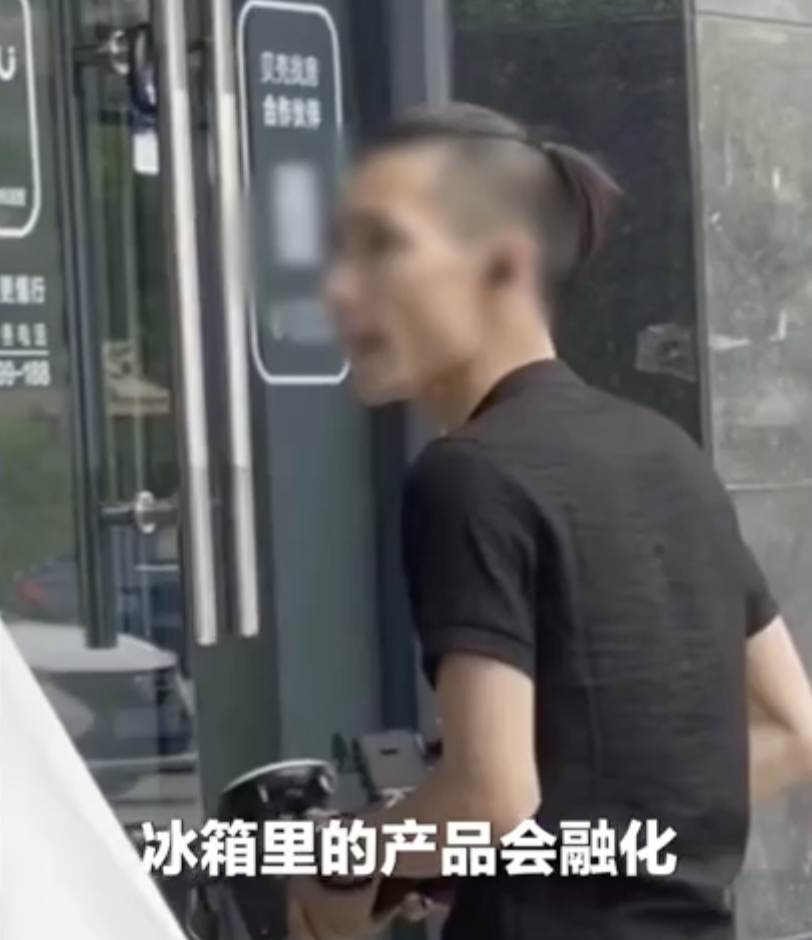 The assault caused the woman to suffer from bruises on her head, vomiting, and dizziness, her husband told the Chinese media.

The police have caught the attacker and this case is currently under investigation.