On June 6, 2022, OnlyFans creator Titus Low dropped a bomb on his followers: he had gotten engaged. 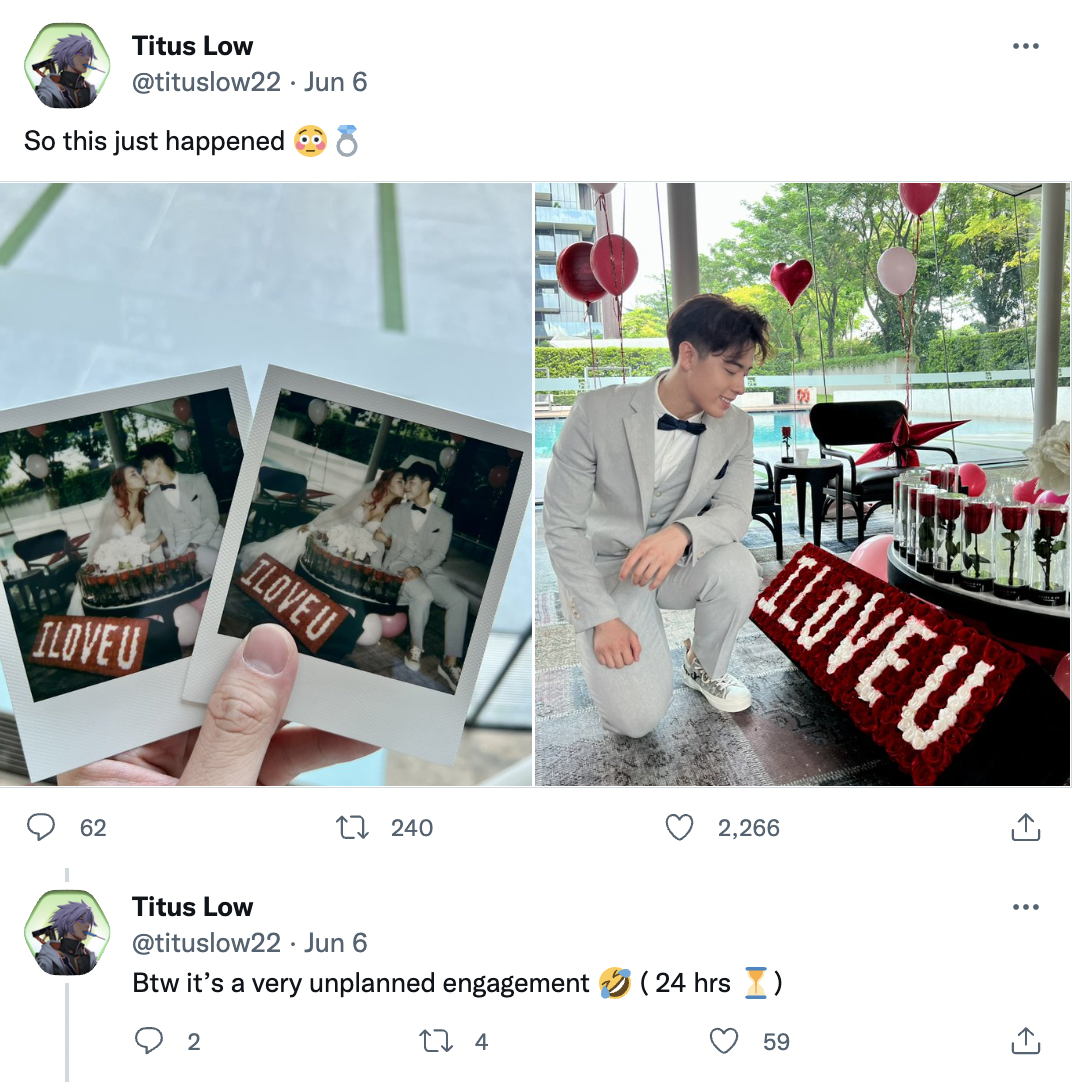 Photos of the proposal were also posted to his Instagram page.

Not much else was known about the event, except that Low's fiancée is Cheryl Chin, a Malaysian influencer under JianHao Tan's Titan Digital Media.

Met at a party

The two met at a party organised by Tan, where they quickly found themselves getting along.

Low explained that Chin "gives [him] a very different feeling" compared to his ex-girlfriends.

"I know she's the one because I feel very comfortable with her. I don't feel forced with her."

Shared interests between the two include dogs, NFTs and Los Angeles.

Post-party and a few dates later, Chin went back to her home in Malaysia.

Upon her return to Singapore, Low asked Chin to get together with him.

Just six hours later, when the couple was at a restaurant with their friends, Low popped the question without planning to.

He added that their friends were very supportive of the relationship, which made him "YOLO" it.

(Note: "YOLO" is an acronym for "you only live once," usually used to justify fun and spontaneous, if impulsive decision-making.)

The time from when they met to their engagement was about two weeks, Low revealed.

At least 21 days to solemnise marriage

According to the Registry of Marriages (ROM), the earliest date a couple can solemnise their marriages is 21 days after the date of application.

For instance, if one applies on January 30, the earliest date that the marriage can be solemnised is on February 21.

Therefore, it is not clear if Low and Chin are officially married — according to Low's video, it's been less than a month since meeting Chin, and the two only ("only" used loosely here) got engaged two weeks in.