Everyone likes to see other people eat.

And Asian people especially like to see a red bandana-wearing white guy eat Asian food -- and appreciate it.

And that was what YouTuber Will Sonbuchner, aka Sonny Side, recently did in Singapore's Chinatown Complex Food Centre.

The sporting YouTuber with more than 1 million subscribers went on an eating spree, sampling more than 10 different foods, and recording his reactions and fascination with Singapore food.

The 38-year-old American then gave his take on which food he liked best in his YouTube video put up on June 11.

Titled "Exotic Asian Meats!! Singapore’s Extreme China Town Menu!!", the clip's title is as exaggerated as it can get -- for effect, no doubt.

Sonny said in his video before going on his gastronomical tour of the hawker centre: "I'm looking for something strange, unique, something you're not going to find on your average TGI Friday's menu."

Here's what he ate. 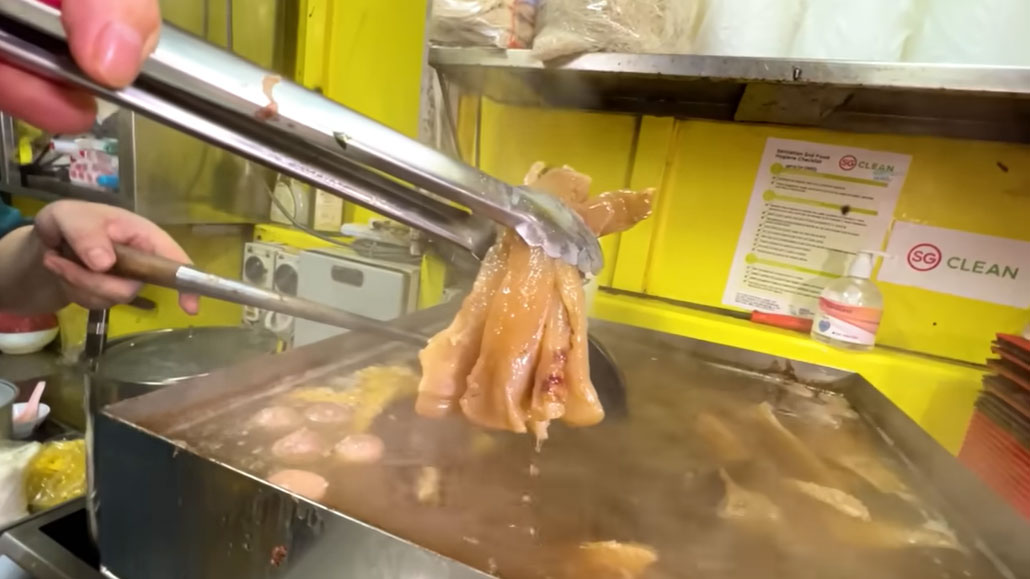 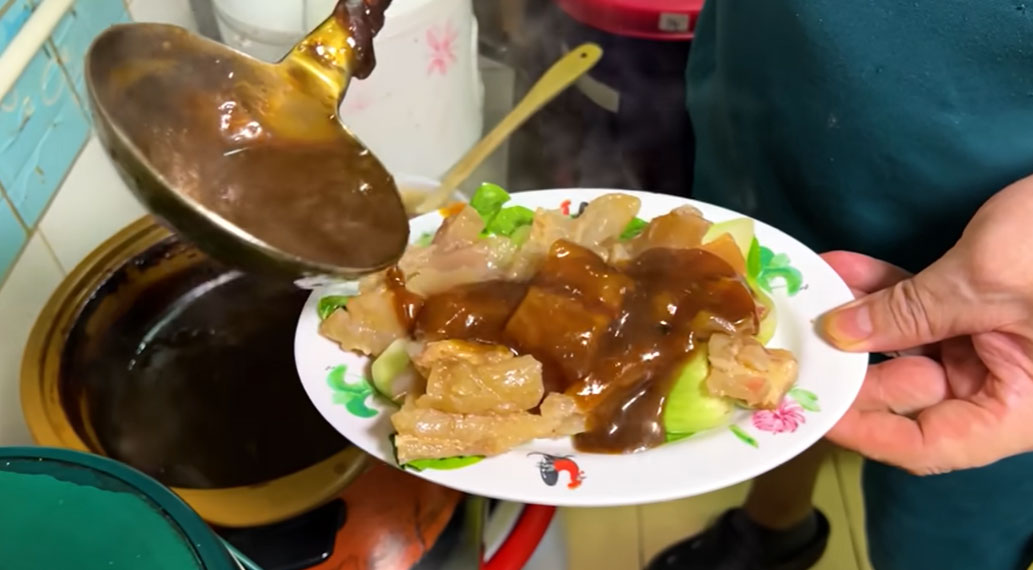 After taking a bite and letting his eyes grow big, Sonny said: "So gooey, rich, and delicious, that sauce."

He added: "This is like one of the coolest things that you will just never find anywhere in the USA -- unless you're at a Chinese restaurant." 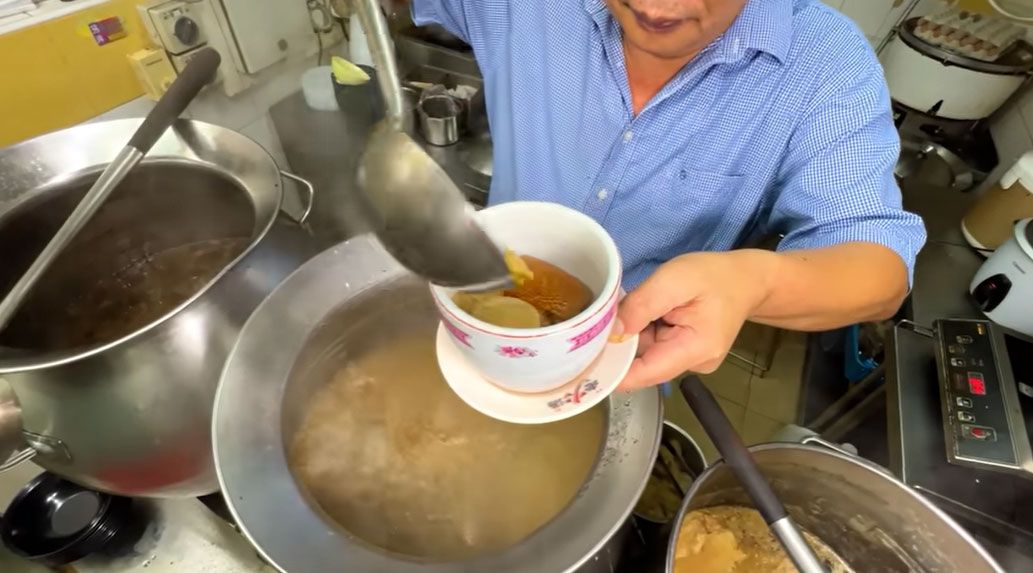 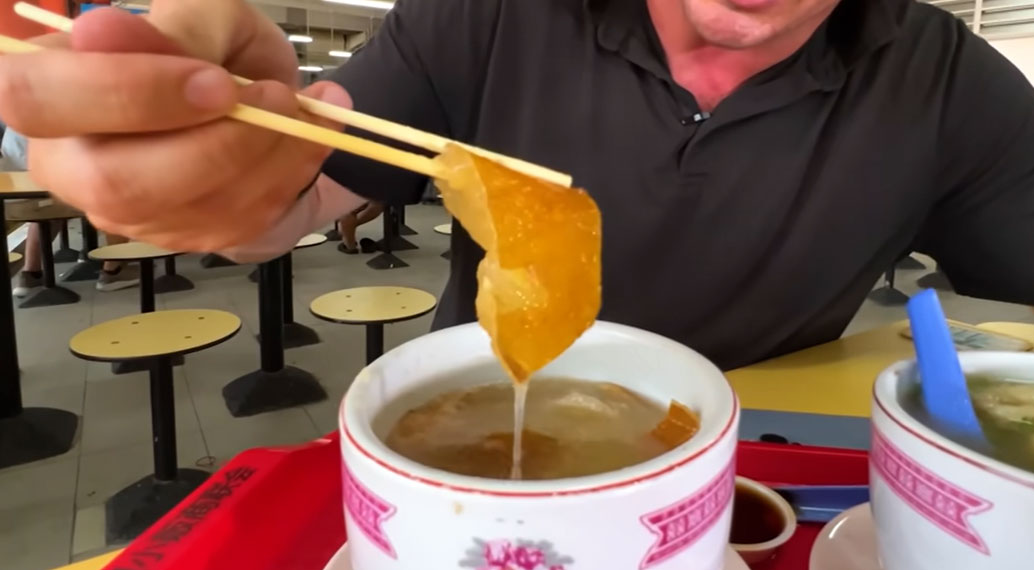 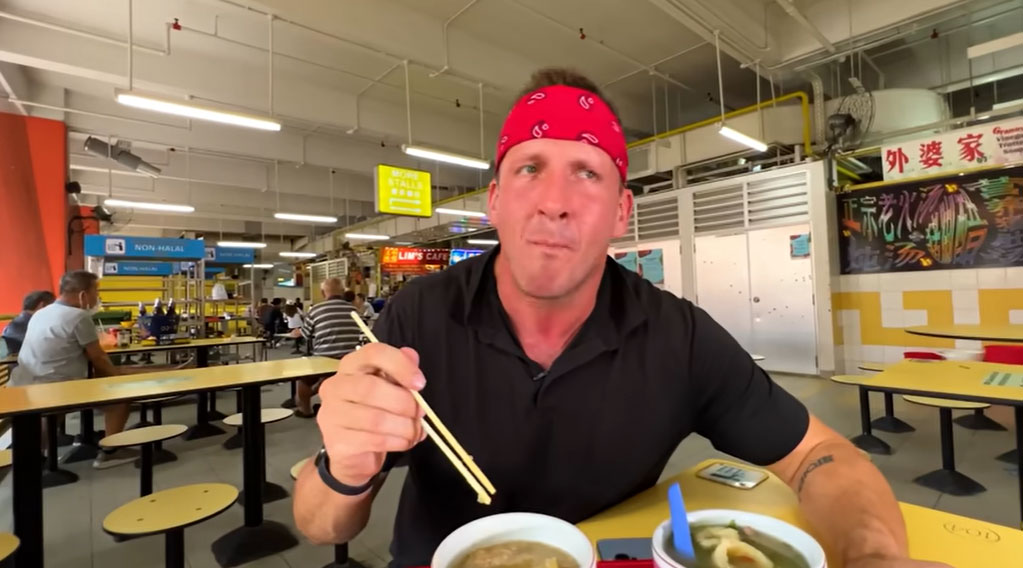 Referring to the old cucumber in his soup, Sonny said: "It's like that 1970s brown everyone had in their kitchen."

He added after popping the whole old cucumber, skin and all, into his mouth: "Wow. The outside is kind of rough, almost sandpapery. I wonder if people actually eat that."

"The inside is very soft, like a beautifully stewed radish."

Commenters were quick to let him know he should not have eaten the skin -- it's optional.

Calling fish maw the "dehydrated, rehydrated bladder of the fish", Sonny described that part of the fish as spongey outside and crunchy inside. 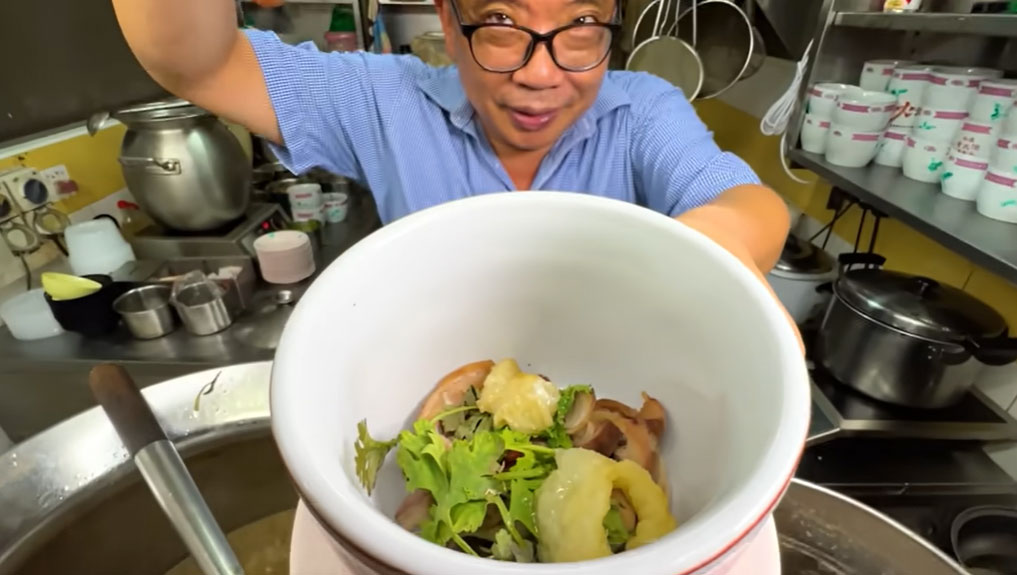 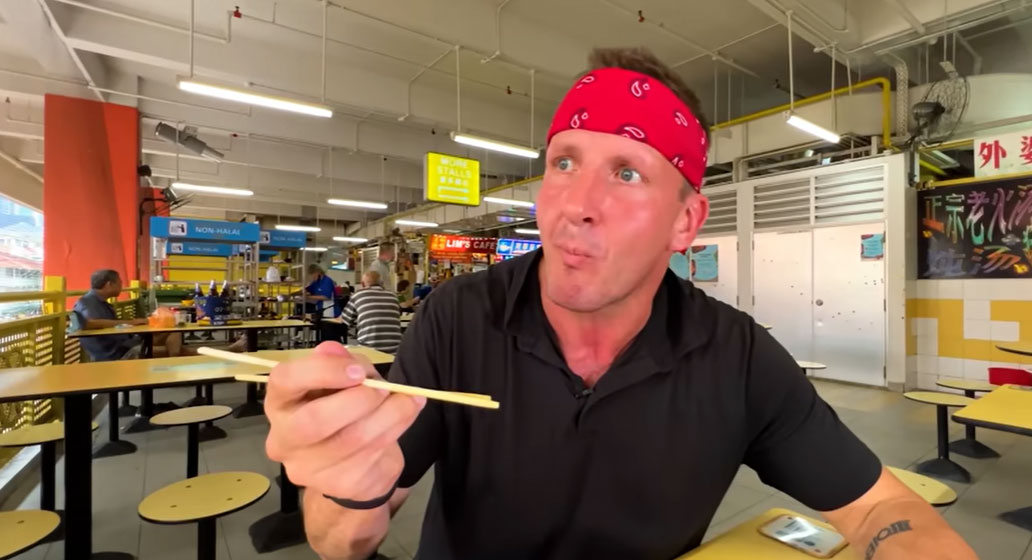 "It's kind of like fried and boiled tofu," he said.

The one item that appeared to blow his mind was pork trotter that had been braised for hours.

"The skin melts on your tongue," he said after taking a bite, and elevating to a different plane. 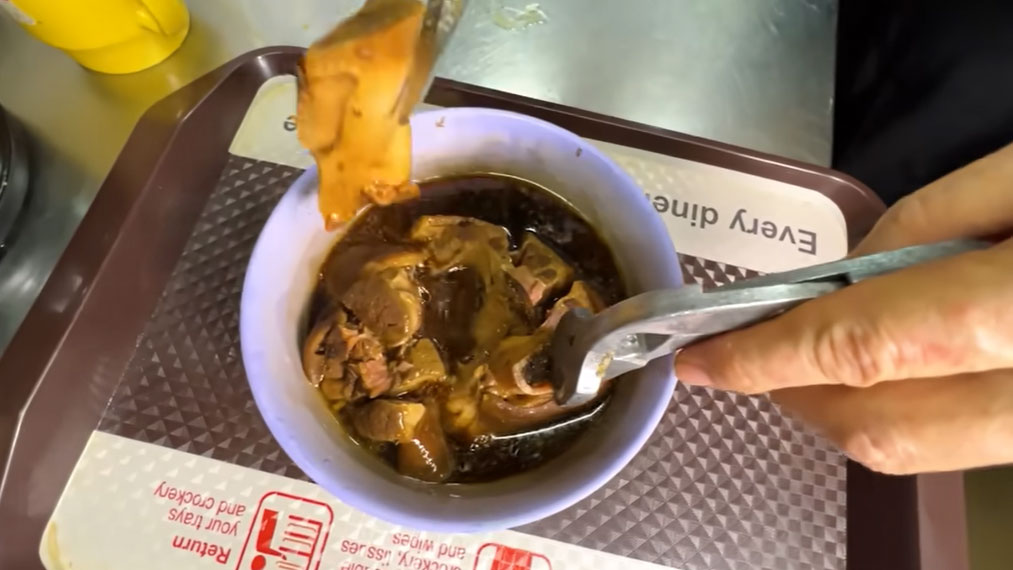 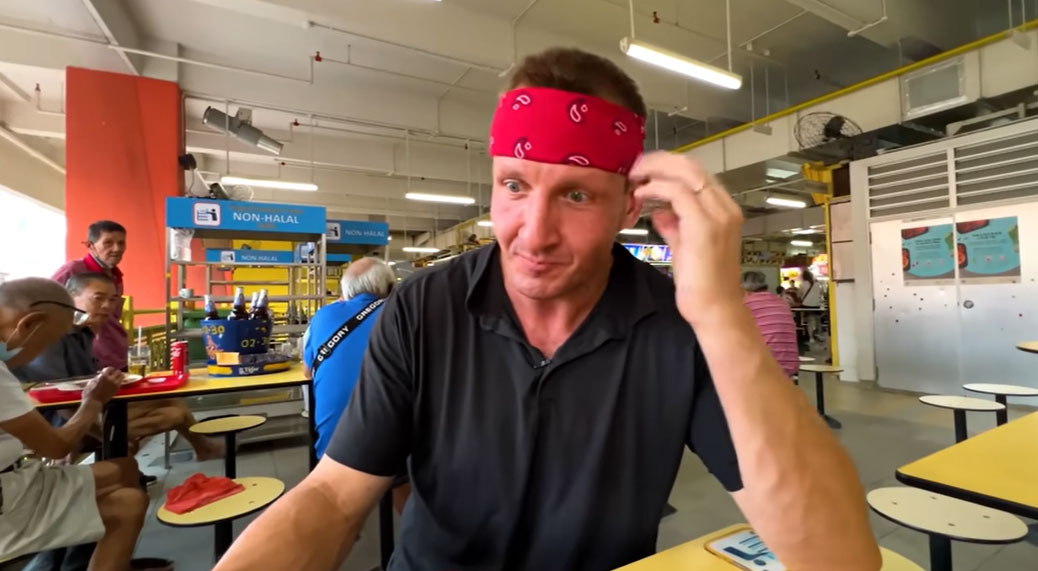 Equally soft and tender was the herbal chicken drumstick from the same stall.

Sonny said: "That's fall-off-the-bone-soft. It has been in the oven for six hours? Six days? Since the beginning of the pandemic?" 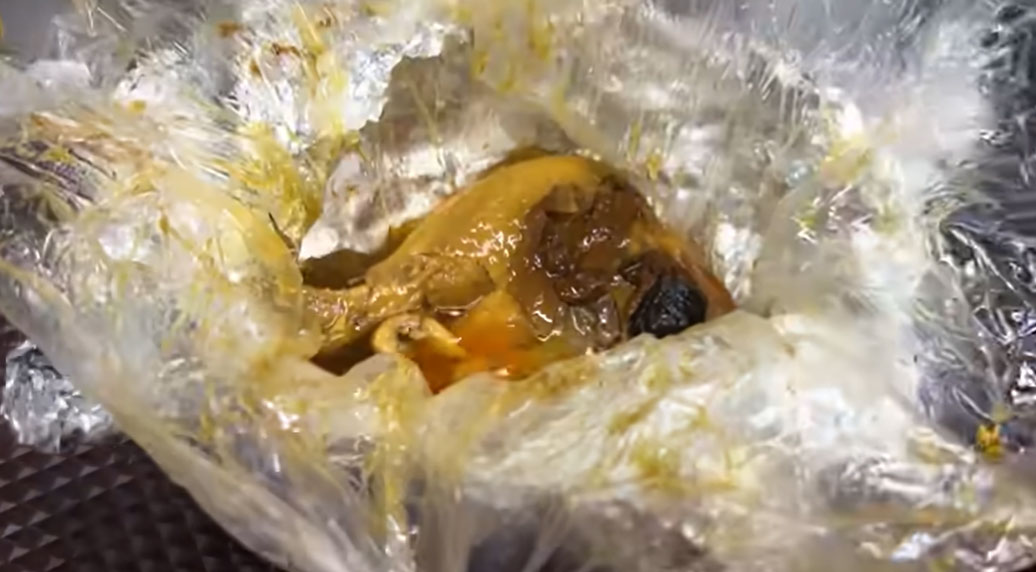 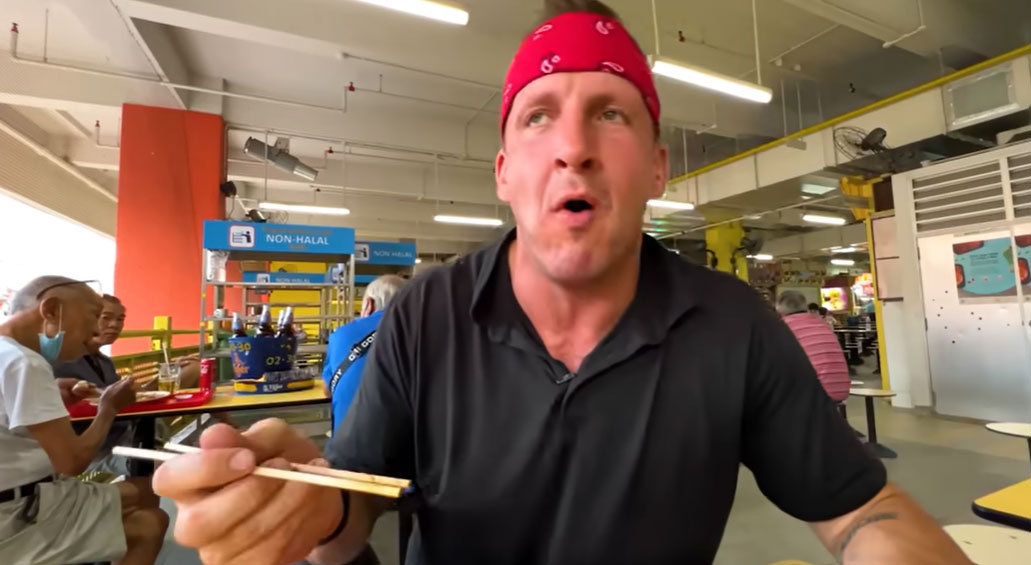 Another one of those foods that is a regular treat for locals but something more exotic for a white guy, Sonny called fried fish skin, "appetiser-y". 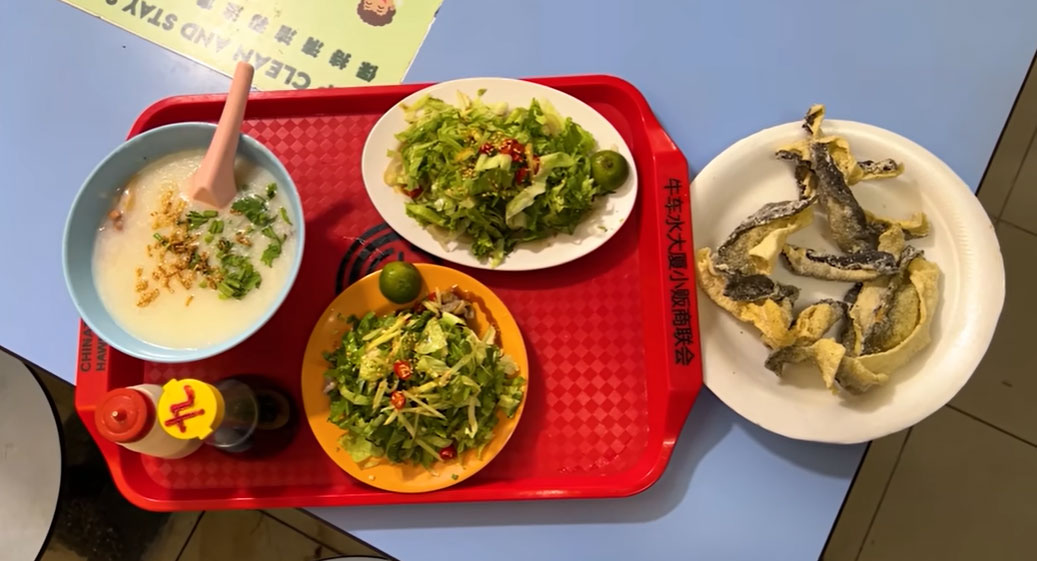 He added with satisfaction: "Fishy in the best way." 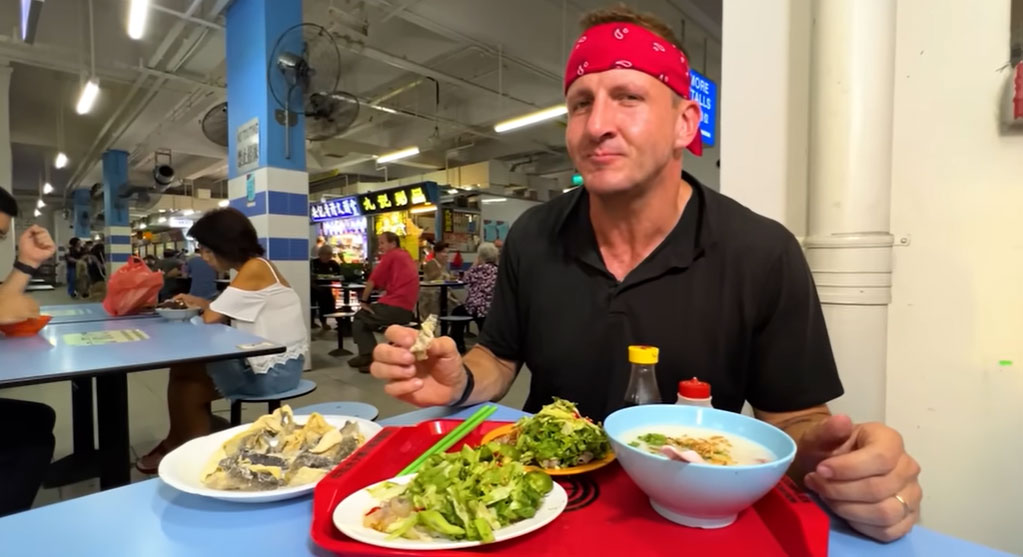 Sonny took a bite of the jellyfish prepared in the hawker centre and declared it a dish that doesn't really taste different anywhere in the world. He said: "It is always going to be crunchy and snappy."

Even though it is a regular breakfast food to locals, Sonny was curious to figure out what cuttlefish porridge entailed. 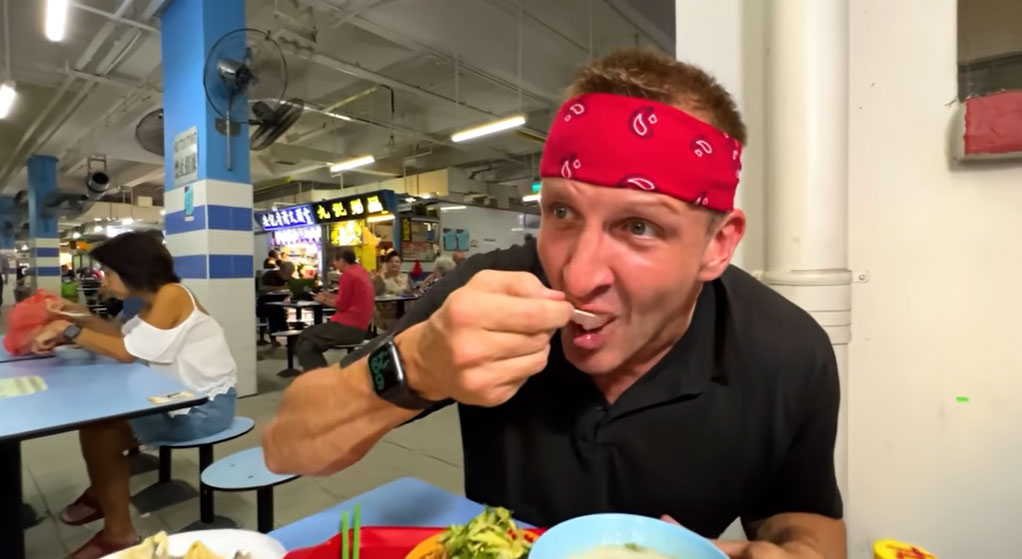 His verdict? The myriad of textures of the dish was a winner, with cuttlefish, peanuts and porridge providing an explosion of mouthfeel.

Probably the strangest dish of all that day was the pig fallopian tube.

Thanking the butcher for going to all that bother to get that female part of the pig out and allowing someone to prepare it as a delicacy, Sonny called it for what it is: "Chewy, almost like cartilage, but not as crunchy." 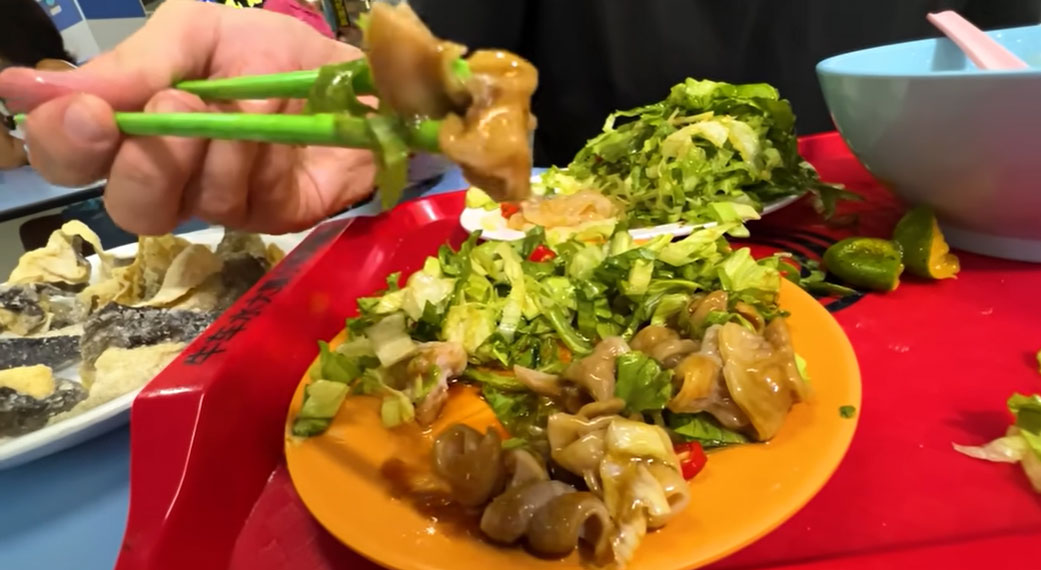 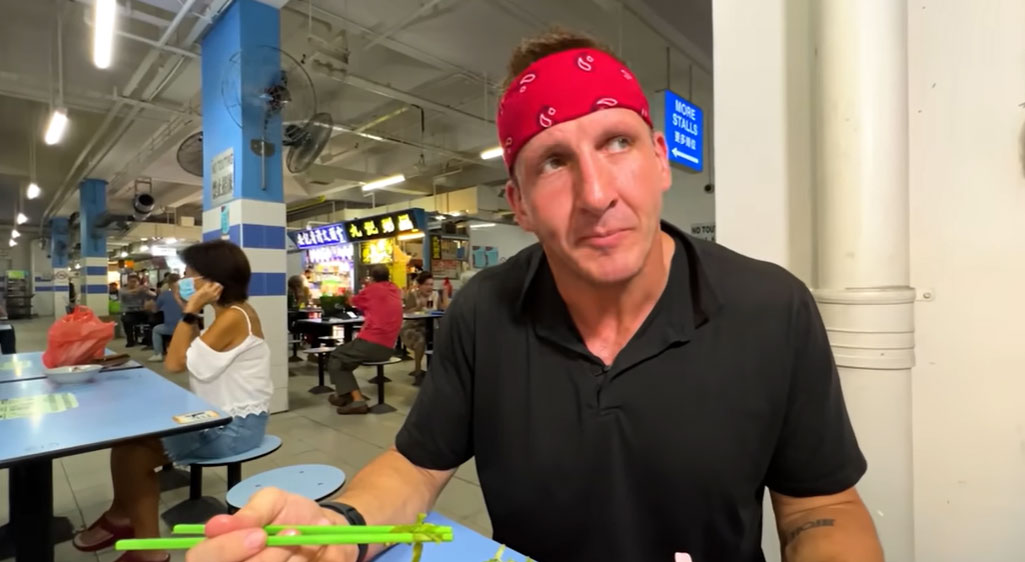 Sonny was most blown away by the braised pig trotter, while the most unique item was the fallopian tube.

You can check out the full video here.

All media via More Best Ever Food Review Show YouTube