A TikTok user has called out an apparel website, which claims to base in Singapore, for selling clothing with Quranic verses on them.

Following an email complaint from another man in Singapore, the apparel website took down the products in question and apologised.

In a TikTok video on Jun. 19, user @__abu.toz__ pointed out the Quranic verses printed on some pyjamas and one-piece swimsuits on the Playmate online store.

One of the pyjama sets was listed as an "Islamic Cami Pajama Set".

"This is so disrespectful towards me and the billions of Muslims around the world," said the TikToker.

Playmate listed its office address as Paya Lebar on its website even though its Facebook page revealed that they are located in the U.S. 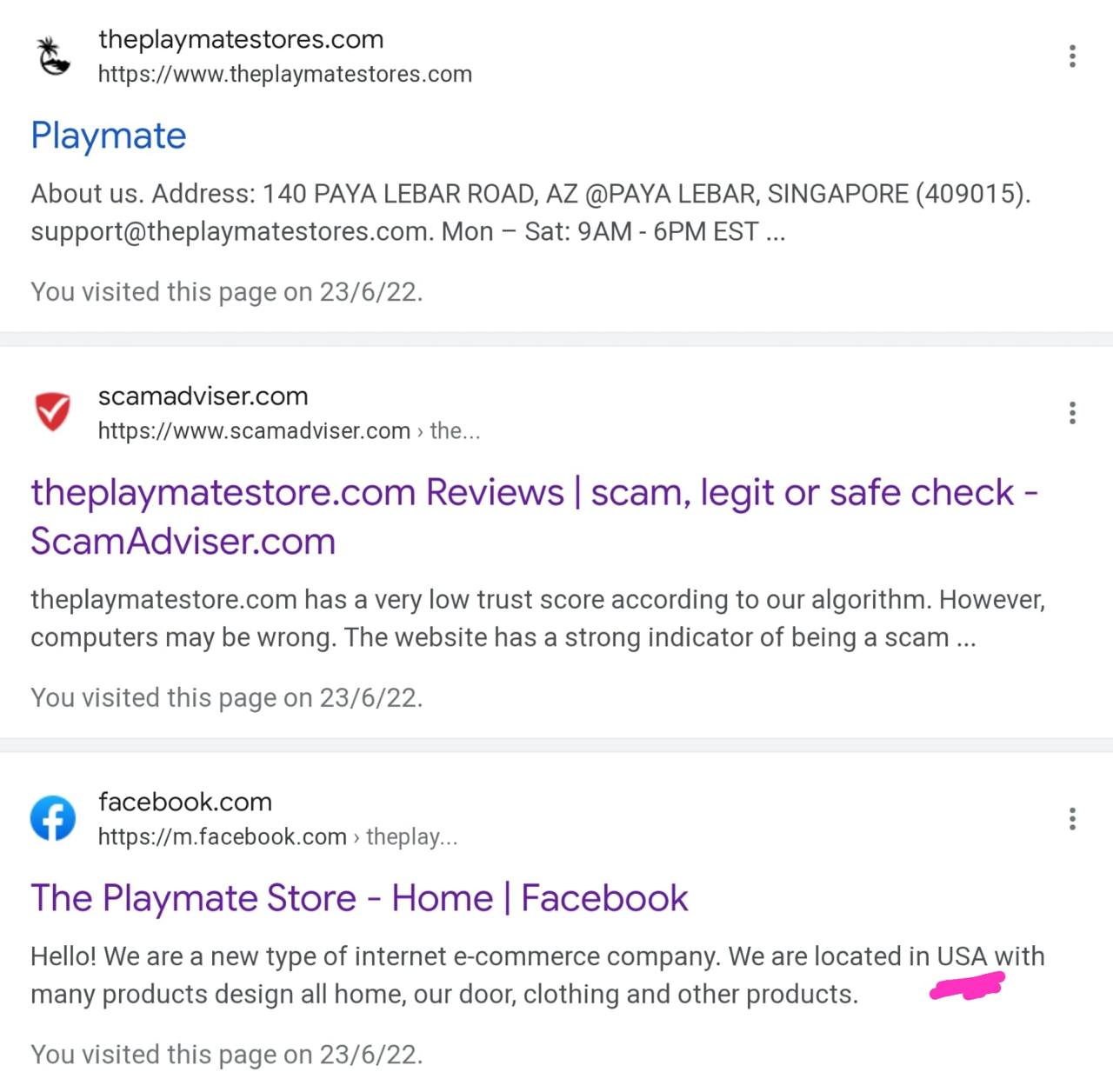 The store offers customisable mass-produced apparel like fanny packs and bikinis through its supplier in China.

The TikToker also said, "Singapore, I lost all respect for your country. I could stand here and say racist sh*t about your country and your people, but I won't. That's what makes us different."

He then encouraged Muslims from around the world to share the video and "hold Singapore accountable for posting stuff like this on the internet".

The TikToker appears to be based in the U.S.

The video garnered almost 15,000 views at the time of writing.

Apologised for blaming the entire country

The TikTok user subsequently apologised for holding "the entire country accountable" in a comment on his first video, sharing that he was "extremely upset" when the video was made.

He was replying to another user who said she was from Singapore and a Muslim, and added, "I don't even know this happened and I'm accountable?"

A Mothership reader who wishes to remain anonymous wrote in to Playmate's support team, and attached the TikTok video in their email.

"I am appalled that such pieces are sold within a country that is full of diversity," he wrote in the email.

In response, Playmate apologised for the listings and added that they removed "all products regarding Muslims" from the store.

The support team said their team made the mistake of selling the products in the sleepwear category by accident.

They also wrote that they respect all religions.

A search on the website for items that contain the words "Islamic", "Muslim", and "Islam" turned up zero results.

"On behalf of our company, we want to sincerely apologize for this matter.

We have removed all products regarding Muslims from our store.

We understand that our team made the mistake of accidentally selling these products in the sleepwear category.

We always respect all religions in general and Islam in particular. Going forward, we are going to take steps to ensure that this situation does not happen again.

Please let me know if you have any other concerns or questions.

Again, we are so sorry for this inconvenience. Thank you!"