A Singaporean woman living in Melbourne, Australia has ended up with first and second-degree burns on her hand after a phone charger caught fire while she was using it.

Shin Min Daily News (SMDN) reported that the 51-year-old, identified only by her surname Liang (surname in hanyu pinyin), was on a video call with a friend when she realised that her phone battery was running low.

She plugged her phone into the charger and left it on the sofa. The charger suddenly "exploded and caught fire".

Liang recounted instinctively using her right hand to try to put out the fire on her long-sleeved top and sweater. 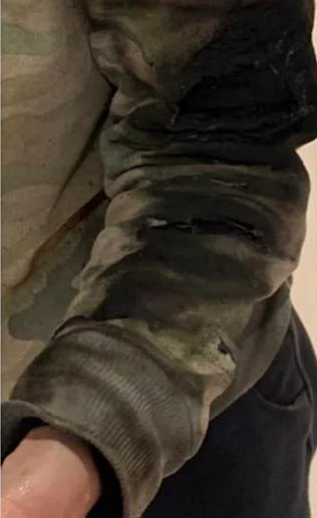 Panicked, she first used a bedsheet to wrap the phone and charger up. Liang then grabbed her daughter's water bottle from the table and using the water inside to try to put the fire out.

As the bundled up electronics were still on fire, she threw the entire package into the bathroom before turning on the shower and aiming the shower head at it to extinguish the flames completely.

It was only when the crisis was averted that Liang noticed the huge blisters filled with liquid on her left hand. Her daughter applied ointment on her hand and wrapped it up as Liang only sought medical attention the morning after. My hand has been burned but thankfully, my face and hair have remained unscathed. Otherwise, my injuries would have been more severe."

Liang also admitted that she was worried about the sofa -- or worse, her entire apartment -- catching fire when the incident happened.

SMDN reported that Liang's charger was gifted by a friend. The said friend purchased it from iWALK's official store on Shopee.

According to iWALK's website, they are headquartered in China and supply a  "comprehensive range of advanced Smart device accessories".