Malaysian police have put up barbed wire next to the fence along the Tebrau Strait near the Causeway after several people were seen avoiding immigration checks by walking around the fence to get into Johor on foot.

A video circulating on TikTok since June 16 showed the people in action.

Some of them appeared barefoot as they walked up the shore. 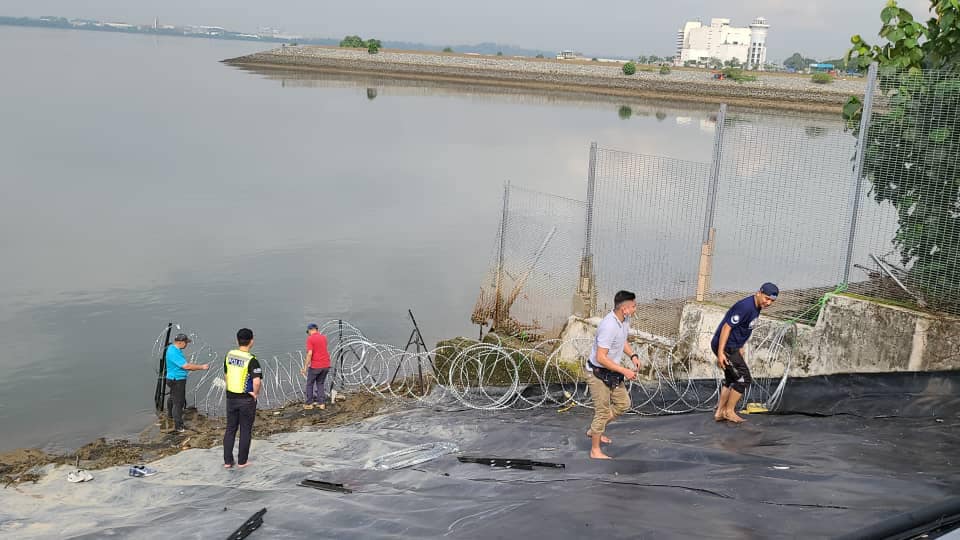 Johor Chief Minister Onn Hafiz Ghazi said in a press statement on Friday: “Yesterday, there was a viral video of our borders infiltrated by irresponsible people.”

Onn Hafiz added that the police are tracking down the individuals who illegally entered Malaysia via the route and have deployed 24-hour police surveillance at area and put up a canopy.

“I’ve also discussed this matter with the Ministry of Home Affairs to resolve the endless issues at the immigration checkpoints,” Onn Hafiz said.

“I hope the ministry will take the issues regarding immigration more seriously, which impact the image of the country and Johor state,” he added.